There are 26 new Indian billionaires this year. Some on the list for the first time, others old. Read more to find out 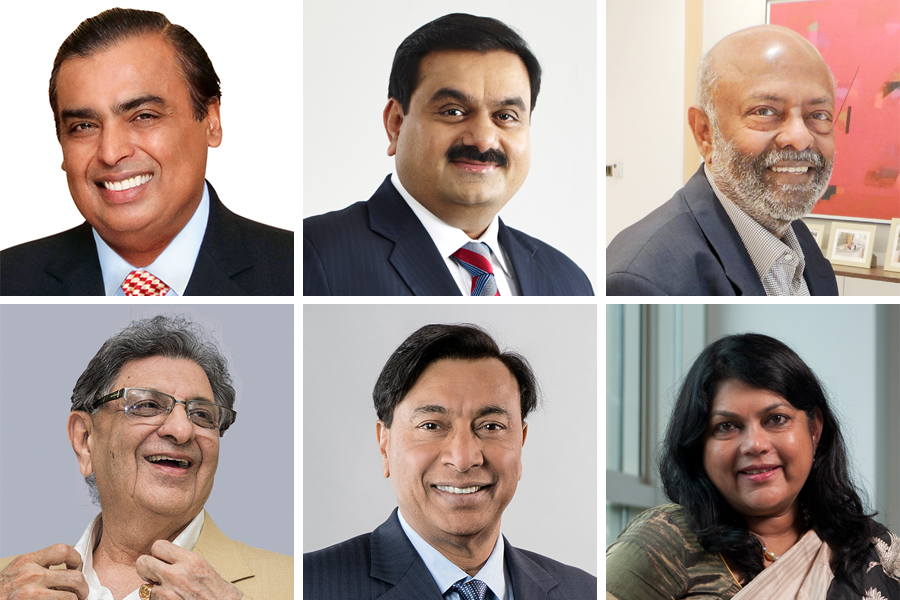 India, the third country in the world after the US and China with most billionaires, has added 26 new members to the club taking the total number to a record-breaking 166.
Globally, there were 2,668 people with ten-figure fortunes for FY 2021-22, down from last year’s 2,755, on Forbes’ annual World’s Billionaire List that was released today.

In India, Mukesh Ambani, the founder and chairman of Reliance Industries [owners of Network 18 that publishes Forbes India], continued to remain in the first position as the country’s and Asia’s richest person with a net worth of $90.7 billion. Globally, he’s the 10th richest.
Infrastructure and industries baron Gautam Adani retained the second position, even though the shares of his listed companies soared and his fortune increased by nearly $40 million over the past year. He recorded a net worth of $90 billion and ranked 11th in the world.
Founder and chairman emeritus of HCL Technologies, Shiv Nadar, retained his position as the country’s third-richest person, and world’s 47th, with a net worth of $28.7 billion.
Cyrus Poonawalla, whose Serum Institute of India helped Indians get vaccinated, saw an increase in the company’s revenue and earnings. Now the fourth richest Indian, and world’s 56th, Poonawalla’s net worth is $24.3 billion. Following him is businessman and founder of DMart Radhakishan Damani, (world rank 81), with a net worth of $20 billion.
Steel magnate Lakshmi Mittal, Savitri Jindal, Jindal Steel and Power’s chairman emeritus, Aditya Birla Group chairman Kumar Birla, Sun Pharmaceutical’s Dilip Shanghvi, and Uday Kotak, the MD of Kotak Mahindra Bank, are the next five richest Indians, with net worths of $17.9 billion, $17.7 billion, $16.5 billion, $16.3 billion, and $14.3 billion, respectively. Jindal is also the richest woman in India.
Other Indians on the list are Airtel’s Sunil Mittal, Wipro’s Azim Premji, investor Rakesh Jhunjhunwala, Infosys Founder NR Narayana Murthy, Byju Raveendran and Divya Gokulnath of Byju’s, Biocon’s Kiran Mazumdar Shaw, Infosys’s Nandan Nilekani, Harsh Mariwala, the chairman of Marico, InfoEdge’s Sanjeev Bikhchandani, chairman of the Godrej Group Adi Godrej and more.
Of the 13 Indian women billionaires on the list is first-timer Falguni Nayar, whose beauty and fashion startup Nykaa made a blockbuster IPO debut, making her the country’s richest self-made woman. Nayar’s net worth is $4.5 billion.
Other women billionaires include Leena Tewari of USV Pvt Ltd, Smita Crishna-Godrej of the Godrej Group, Thermax’s Anu Aga, Mrudula Parekh of Pidilite Industries, Radha Vembu of Zoho Corp. Sara George Muthoot, who inherited a stake in listed gold finance company, Muthoot Finance, after her husband MG George Muthoot passed away in 2021, is also featured on the list.
Other first timers include Karthik Sarma, who founded hedge fund SRS Investment Management, chairman of the Inox GFL Group Vivek Jain, Vedant Fashions’ Ravi Modi, Micro Labs’ Anand and Dilip Surana, and Mankind Pharma’s Ramesh Juneja.
In a year filled with IPOs, the combined wealth of the Indian billionaires grew by 26 percent to $750 billion. More than 60 companies raised $15.6 billion by going public last year.
While India added billionaires to the list, 329 people—the most in a single year since the 2009 financial crisis—dropped off this year owing to the ongoing pandemic, the Russia-Ukraine war and a Chinese tech crackdown.
“The tumultuous stock market contributed to sharp declines in the fortunes of many of the world’s richest,” said Kerry A. Dolan, assistant managing editor of Wealth, Forbes. “Still, more than 1,000 billionaires got wealthier over the past year. The top 20 richest alone are worth a combined $2 trillion, up from $1.8 trillion in 2021.”
After enjoying his position as the world’s richest person for four years, Amazon’s Jeff Bezos dropped in rank and became the world’s second-richest, giving way to Tesla’s Elon Musk as currently the world’s richest. Musk’s net worth is $219 billion and Bezos’ is $171 billion.
The Forbes’ World’s Billionaire list is compiled on the basis of wealth using stock prices and currency exchange rates from March 11, 2022.
For the full list, visit: https://www.forbes.com/billionaires/

Tweets by @forbesindia
Flights of fancy: Is there a point of sending Jeff Bezos, other billionaires to space?
Committed to introducing more revenue opportunities for our creators: YouTube's APAC regional director