Flights of fancy: Is there a point of sending Jeff Bezos, other billionaires to space? 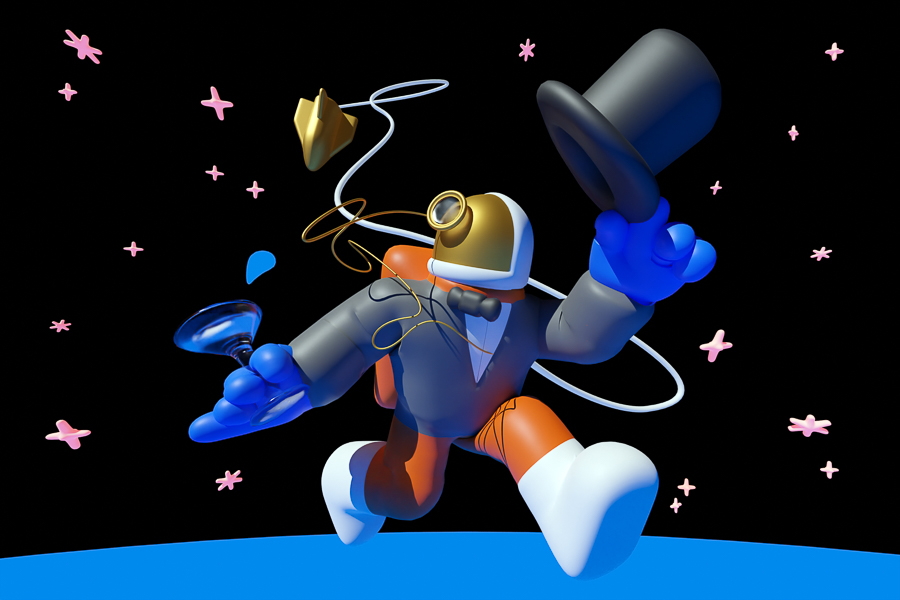 Having rich guys like Jeff Bezos in orbit can make space travel routine and help all of us dream big. (Peter Steineck/The New York Times)

Maybe you’ve wondered as I have: Is there a point to rocketing rich guys like Jeff Bezos and the “Star Trek” actor William Shatner into space?

Wendy Whitman Cobb, an Air Force political scientist for space, says yes. Our conversation challenged my thinking about space projects, like those from Bezos and Elon Musk, that imagine a future away from Earth.

If you screamed “MIDLIFE CRISIS” when Bezos touched space last year or asked why Musk’s SpaceX company has attracted so much attention, this is for you.

Whitman Cobb, who has a Ph.D. in political science, said that tourist jaunts were a first step to transform space travel from outlandish to routine. And she believes that amateurs in orbit are a proving ground for worthy ambitions — including settling Mars, as Musk imagines, or colonizing space to support more people and industry than is possible on Earth, as Bezos aspires to.

To me, those sound like the escapist fantasies of billionaires. But Whitman Cobb’s optimism is a useful counterpoint to this writer's regular warnings that technology is not a magical fix to our problems. Whitman Cobb agrees, but also said that technology had sometimes done magical things in space exploration.

To rewind the past decade, corporations such as SpaceX, Bezos’ Blue Origin, Northrop Grumman and the New Zealand-based startup Rocket Lab have tried to become bigger players in spaceflight. Companies have always worked with governments on space travel, but now they’re more involved in carrying astronauts, enthusiasts, satellites and cargo to space.

There is debate about the appropriate role of governments versus corporations in space, but Whitman Cobb believes those companies have made rote space tasks cheaper and easier. That frees up NASA to dream big on projects such as pursuing moon colonies and exploring deep space.

SpaceX, Blue Origin and Virgin Galactic have also led space pleasure cruises. Those are joyrides for a tiny few, but Whitman Cobb said that they helped hone the safety of space travel and generated enthusiasm for searching beyond our planet.

“The more ‘normal’ people we see fly into space, more of the public will see this as possible and be excited by it,” she told me. “That public opinion is key to a lot of things that these companies as well as the U.S. government is doing in space.”

(Whitman Cobb said that these views were hers, and not that of the U.S. government, which employs her. She also said that she didn’t receive funding from commercial space companies.)

The ultimate goal, though, goes far beyond tourism. Musk and Bezos imagine moving people or polluting industries into space or creating a Mars civilization. I worry that is a pretext to ignore problems on Earth.

Whitman Cobb understood why I asked if those were reckless delusions, but she also doesn’t want us to lose sight of the potential benefits from dreaming. The history of space exploration, she said, is of kooky and not necessarily high-minded visions becoming doable and helpful.

The U.S. missions to the moon in the 1960s were driven by a desire to prove U.S. superiority over the Soviet Union. Nevertheless, nationalist space missions helped spur the development of ever-smaller electronics that we use every day, improved health technology and even gave us memory foam. The past decade’s boom in commercial spaceflight has lowered the cost of space access and enabled novel ideas like small-scale satellites to map the Earth from above it.

Whitman Cobb said that the advanced technology that commercial space companies developed for spaceflight could likewise trickle down to other areas that help us.

A self-described space geek, she also said that the awe of space was a worthy goal. “It also scratches an itch, so to speak, of humanity’s longing to explore, to discover, and to understand the world around us,” she said.

I asked Whitman Cobb if she would want to live on Mars. “Absolutely,” she replied. “Maybe not forever.”

I’m not shedding all my doubts about rocket tourism or billionaires’ space fantasies. When corporations play a large role in space, they could hoard inventions rather than have them benefit the public. Space tourism also hurts the environment, and it’s not clear how much space travel and commerce is worthwhile. We know that technologies, even the helpful ones, have downsides.

Whitman Cobb wants us to have that skepticism alongside excitement. The history of space travel, she said, shows that selfish dreams can benefit all of us.