Virgin has revealed more about its futuristic Hyperloop project 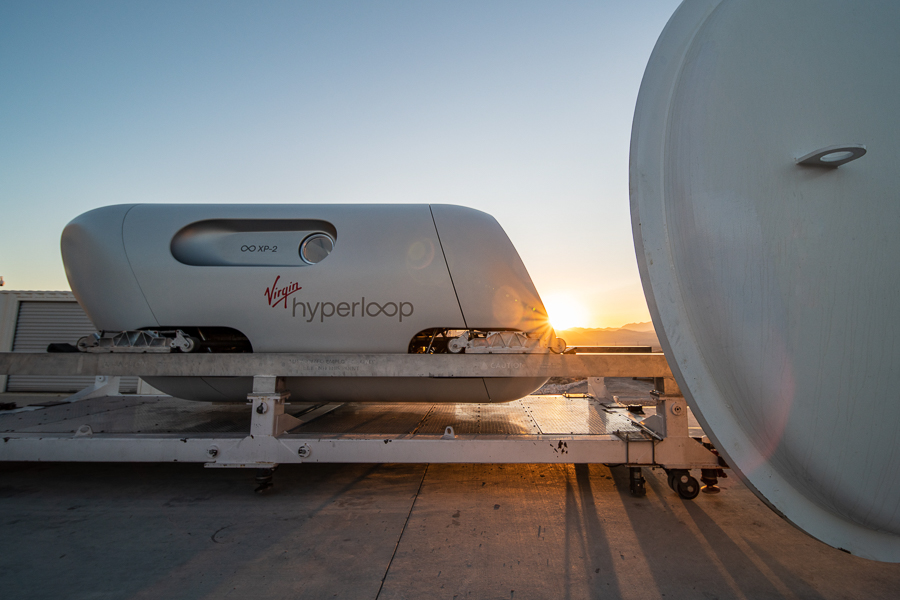 Virgin's hyperloop project is a train capable of moving at more than 1000 km/h thanks to electric tunnels; Image: Virgin

Virgin has uploaded a new video that gives more information about its ambitious Hyperloop project, a train capable of traveling long distances in record time thanks to an innovative technology. Richard Branson's company is now planning to concentrate on making the project a feasible commercial reality.

The video is designed to try to convince those people who are skeptical of the technology, of which there are many. In an explanatory video, Virgin explains that its hyperloop project is a train capable of moving at more than 1000 km/h thanks to electric tunnels. The American company calls it a new form of mass transportation with the ambition of setting the standard for 21st century travel. The video shows details of the system's architecture, including the levitation and propulsion motors and high-powered batteries that have never been shown publicly. Virgin claims that the levitation engine is some ten times more efficient than maglev trains built today, for instance in China. In addition to the technical details, the video also touts the value, sustainability and economics of these design choices. Virgin has already communicated significantly on this project, but this latest video appears to be preparing the public for an eventual new phase to it.

According to the company, the design of the tube, which has a near-vacuum environment, virtually eliminates aerodynamic drag, allowing the battery-powered pods to glide at speeds of up to 1,078 km per hour. The hyperloop's engine contains arrays of electromagnets that lift and guide the pod within the track, the company explains in the video. In addition, the pods carrying passengers are not physically connected and can separate while the rest of the convoy continues on another path, allowing users to have different destinations.


Technical challenges and government support
"These next-generation innovations not only enable ultra-fast speeds, but provide on-demand, direct to destination service, carrying tens of thousands of passengers per hour, per direction at airplane speeds with zero direct emissions," the video outlines.This video follows a test last November, when two passengers were able to try a 500-meter test ride in Las Vegas.

Meanwhile the Hyperloop is set to benefit from some strong support in its quest to bring the project to life. The bipartisan $1.2 trillion US infrastructure bill was passed by the US Senate in early August. This new regulation supports—in part, of course—the development as well as the deployment of the Hyperloop project.

Elon Musk's other hyperloop project involves a tunnel that could allow modified electric cars traveling at up to 240km/h. But skeptics for all the hyperloop concepts remain legion, largely because of the technical challenges that the projects represent in terms of safety as well as in terms of execution, since the supersonic speed of the vehicle and the proximity of the walls raise questions.

Tweets by @forbesindia
From Dolly Parton to Ariana Grande, musical artists embrace the world of scents
Our top reads of the week