From Dolly Parton to Ariana Grande, musical artists embrace the world of scents

A dominent trend from the 2000s, developing their own scents is making a comeback and has found takers in Travis Scott, Jennifer Lopez, Jay-Z, Nicki Minaj, Pharrell Williams and Justin Bieber 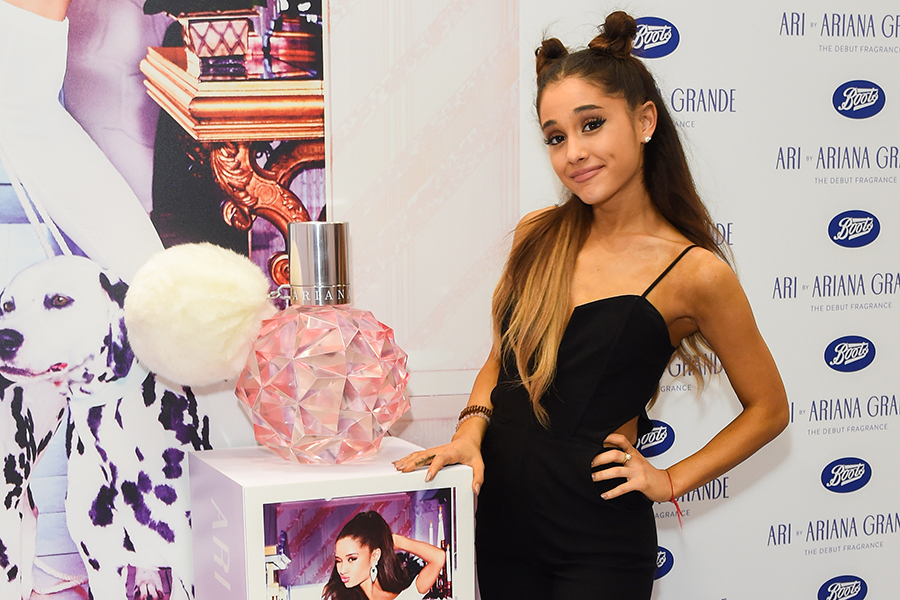 When it comes to merchandising, musicians have a nose for the latest trends. That's why many of them have recently taken to developing their own scents. While the phenomenon was particularly widespread in the 2000s, it's making a major comeback this year with names like Dolly Parton, Travis Scott and Ariana Grande jumping on the trend.

After conquering America with her country ballads, Dolly Parton is on a mission to conquer a new market: fragrance fans. The singer recently launched her first perfume, Scent From Above, created in collaboration with the brand ScentBeauty.

It took two years to develop this fragrance, built around mandarin, peony flowers, vanilla, sandalwood and patchouli, bottled in a pinkish flacon, topped with a crystal butterfly. "I hope you feel as blessed and as pretty as I do when you wear it," said the country music icon.

With Scent From Above, Dolly Parton follows in the footsteps of her friend, Elizabeth Taylor. The late actress was one of the first celebrities to take the cosmetics industry by storm. First with Passion, which met with mixed success when it was released in 1987. But true fragrance glory arrived four years later with White Diamond, whose floral touches have since generated more than 1.5 billion dollars in revenue.

The country music goddess could be just as successful with Scent From Above. According to the American press, it sold faster than any other fragrance offered on Home Shopping Network during the last decade. It is now available again on the website of the US home shopping leader for 59 dollars.

Each musician has their signature scent
But competition is tough when it comes to the world of fragrances concocted by musical celebrities. Jennifer Lopez, Jay-Z, Nicki Minaj, Pharrell Williams and Justin Bieber have all launched their own fragrances in the last two decades... with varying degrees of success. The reason? Their bad rep. "If you had money and, presumably, taste, you didn't buy them," Chandler Burr famously wrote about celebrity scents in the New York Times. Only one seems to break the rule: Midnight Fantasy by Britney Spears, which the American journalist once described as "a perfect olfactory incarnation" of the pop star.

Although their market has been in decline for the past decade, celebrity fragrances continue to make their way onto the fragrance shelves. Last year, Travis Scott partnered with Byredo for his first fragrance, Space Rage. A scent inspired by space at a price that was rather out of this world... Starting at 95 dollars for the candle and 290 dollars for the bottle of 100 ml.

Ariana Grande made her latest fragrance, her seventh, God Is a Woman, more accessible. It's a name that her fans know well since it refers to the hit track of the same name, released in 2018 on the album "Sweetener." Consumers will have to spend between 55 and 65 dollars to acquire a bottle of this natural, "cruelty-free" (i.e., not tested on animals) fragrance with notes of musky ambrette and juicy pear.

While some may turn up their nose at these endeavors, that doesn't discourage fans from reaching for their wallets. Which doesn't surprise Chandler Burr. "Scent is an affordable unit of a star," he explained to BBC News. "Assuming the celebrity has actually been involved in its creation, a scent constitutes identification with that star viscerally and intimately. It is, in a small way, meeting them."

Tweets by @forbes_india
English is the most spoken language in the world, Hindi ranks third
Virgin has revealed more about its futuristic Hyperloop project