Jay-Z is celebrating the 25th anniversary of the release of his album "Reasonable Doubt" in style. The American rapper is currently offering an NFT inspired by his first opus via Sotheby's 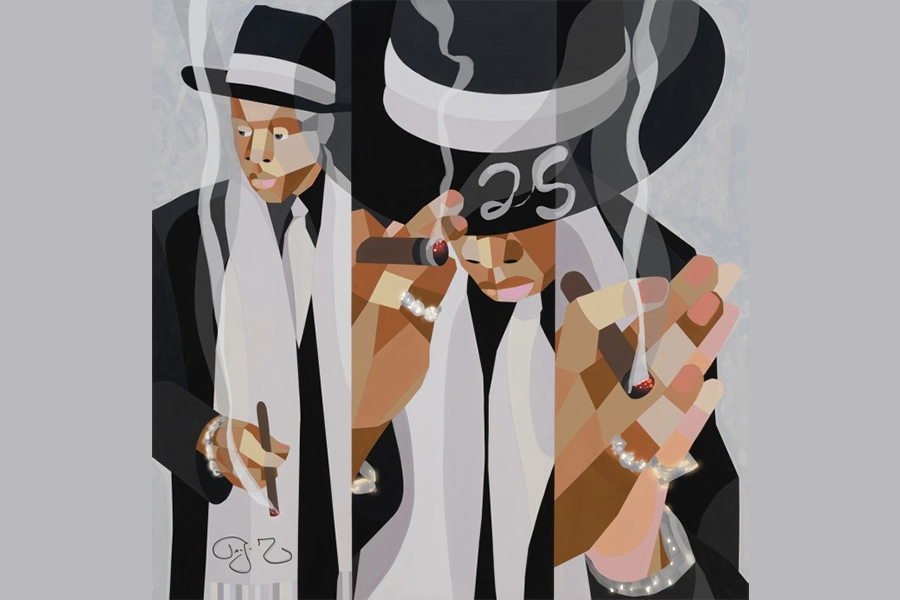 Jay-Z burst onto the music scene on June 25, 1996 with "Reasonable Doubt," an album featuring collaborations with Memphis Bleek, Mary J. Blige and The Notorious B.I.G. Twenty-five years later, Sotheby's is celebrating the album's profound impact with the online sale of a previously unseen lot: "Heir to the Throne.

This work by Derrick Adams is inspired by the album cover of "Reasonable Doubt," and is offered at auction as a non-fungible token. The canvas behind this NFT is currently in the American rapper's personal art collection.

For Derrick Adams, "Heir to the Throne" is testament to the influence that "Reasonable Doubt" had on artists like him. "JAY's album 'Reasonable Doubt' changed the game 25 years ago, and continues to influence so many of us. It tells the story of someone from Brooklyn occupying the urban space -- a place that is as central to my own work as it is to his. My portraits aim to capture the sensibility, optimism and beauty of urban life, and in JAY's work I've found tremendous kinship," he explains.

An album more popular than ever
The sale dedicated to "Jay-Z x Derrick Adams: Heir to the Throne" is taking place on the official website of Sotheby's until July 2. Although the bidding for Derrick Adams' NFT started at 1,000 dollars, it has already reached 28,000 dollars. An amount that testifies to the importance of "Reasonable Doubt" in pop culture, but also to the enthusiasm of collectors for Derrick Adams.

In recent months, the American artist and curator has been notching up a slew of sales records. One of his works, titled "Figure in the Urban Landscape 31," recently sold for $250,000 at Christie's, more than double its low estimate of $100,000.

"Heir to the Throne" isn't the only NFT inspired by "Reasonable Doubt" to make headlines in recent weeks. The Roc-A-Fella label recently announced it was suing its co-founder, Damon Dash, for attempting to auction off "Reasonable Doubt" as an NFT. According to Rolling Stone, he had planned to auction it off in late June on the SuperFarm platform. A sale that was "improper," according to letters from Roc-A-Fella that the American magazine was able to consult. A judge sided with the label, and the NFT was not put on sale.