The 24-year-old music producer, composer, songwriter and singer composed his first song at 11 and has released 18 songs till date 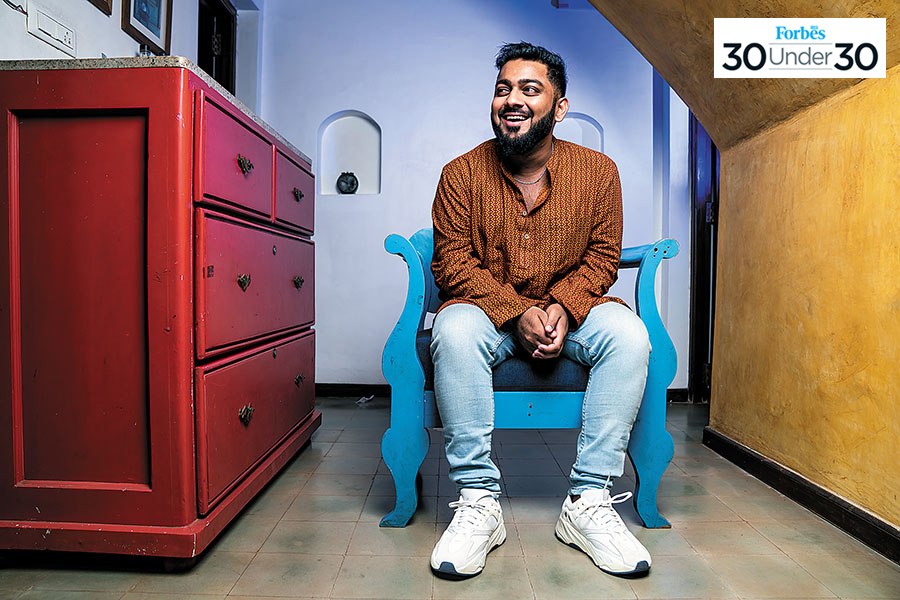 The 2017 hit indie number Udd Gaye first put Ritviz Srivastava on the Indian music map. Since then, the 24-year-old has had multiple successful releases, become one of the most-streamed indie artistes on Spotify, and has had over 200 million streams across platforms.

Born to musician parents, Srivastava’s journey began early, when he composed his first song at 11. Known for his lyrical fusions of Indian and electronic dance music (EDM), he has released 18 songs by the age of 24.

As one of the few torchbearers of the EDM-classical-fusion genre in the country, the Pune-based music producer, composer, songwriter, and singer has released four albums t0 date. “The music I compose or produce is a reflection of my life. Whatever happens with me finds its way into my music,” he says.

Srivastava used to wake up every morning to his mother’s riyaaz, so while he explored and experimented with Western music as a teenager, his classical roots stayed with him. “We can’t escape the rich heritage of our country. We might enjoy western music, but our roots will always be Indian. That is what my songs encapsulate,” says Srivastava, who has trained in Hindustani classical music.

Looking ahead, there is a lot in the pipeline, says Srivastava. “I’m currently working on around 700 songs, there is a lot of music to experiment with,” says the musician, who has shared the stage with Katy Perry, Diplo and Dua Lipa, and has remixed songs for Major Lazer and Lauv.

“Ritviz is one of the most talented artistes in the country. He has an eye and ear for what’s cool. By bringing uniqueness to his work, he isn’t the one to go with the flow, he creates his own flow,” says Udyan Sagar aka Nucleya, one of the most popular DJs in India.