This oft-viral YouTuber has been awarded the Dadasaheb Phalke International Film Festival Award for 'Best Digital Influencer', and the 'Best Comedy Influencer' award at the first World Bloggers Awards held at the Cannes Film Festival 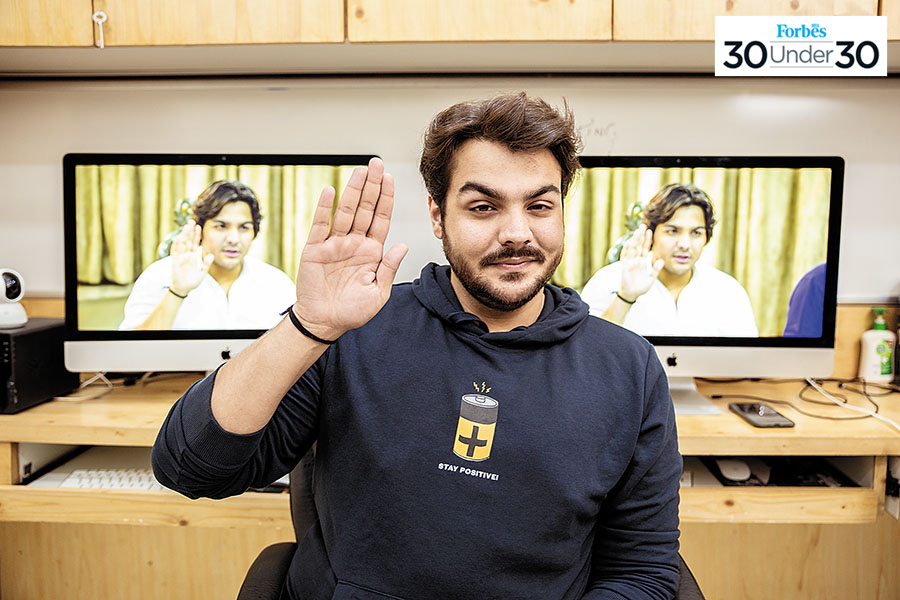 Ashish Chanchlani | 27
YouTuber and Social Media Content Creator A failed attempt at a college exam made Ashish Chanchlani realise that civil engineering was not for him. He started creating short videos on social media in 2014, but little did he know then that they would be his passport to stardom.  “I used to make funny, relatable short videos for fun, but seeing the positive response on Instagram, I decided to compile those and upload them on YouTube,” says Chanchlani.  He soon began making videos natively for YouTube, with his first titled—How to annoy people who say ‘Tu Mere Baap Ko Janta Nahi Hai’. “It was when my video—Eating Habits in Classroom—got 3.1 million views overnight on Facebook that I realised that my content can go viral… and I decided to make a career out of making videos,” says Chanchlani, the second-most subscribed Indian YouTuber with 23.3 million subscribers.   In 2018, Chanchlani was awarded the Dadasaheb Phalke International Film Festival Award for Best Digital Influencer. He also won the ‘Best Comedy Influencer’ award at the first edition of the World Bloggers Awards held at the Cannes Film Festival in 2019 and the same year, bagged a cameo in Men In Black: International.

“The best part about content curation is that it doesn’t matter what your background is… anything can go viral as long as you’re ready to take risks and create your own unique expression,” says Chanchlani. In 2020, his videos—Lockdown with Parivar and Lockdown Ke Side Effects—got a total of 76 million-plus views. His latest—Office, Exam Aur Vaccine—has crossed 43 million views on YouTube. “It’s always interesting to talk to Ashish… he’s well-informed. He pays a lot of attention to detail for his content, which one can easily make out from the final product,” says YouTuber and actor Prajakta Koli—a Forbes India 30 Under 30 alumna and someone who has collaborated with Chanchlani for various videos. Last year, he even directed a short horror film Akhri Safar that got close to 15 million views on YouTube. “It has ignited the curiosity to polish my directing skills. I want to direct and bring out some never-thought-before, genre-bending movies,” he says. “It’s my dream to open a production house, experiment across genres like combining science fiction and comedy, and bring them as close to reality as possible. I want to make content that puts India on the map with the best in the world. I’d want people to look at India as they look at Asian cinema or Korean cinema.”

Tweets by @forbesindia
The hopes that rose and fell with GameStop
Forbes India 30 Under 30: The ones we had to mention