Oberoi is disrupting the grooming market with his startup LetsShave, and is taking on MNCs 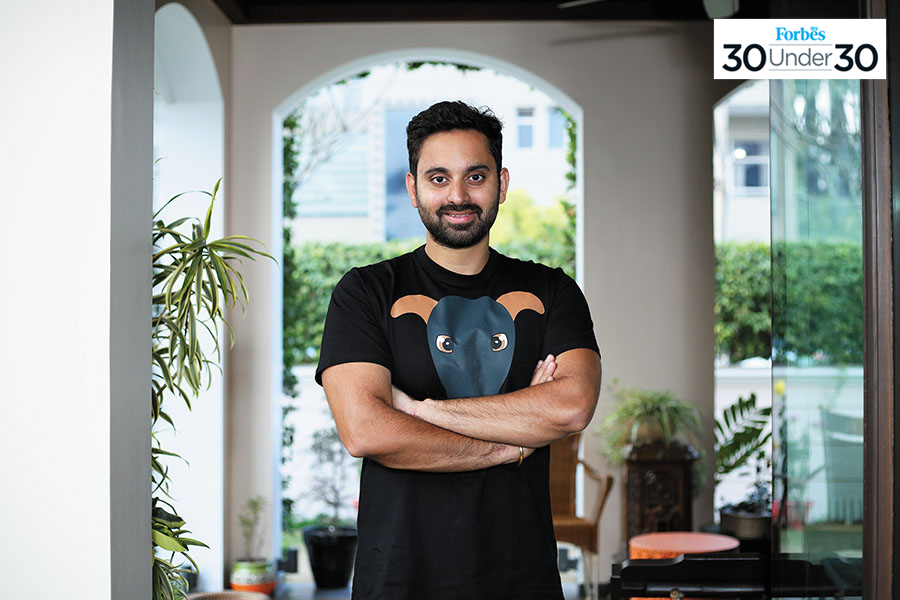 Sidharth Oberoi always aspired to work for an MNC in the US. After finishing industrial engineering, with a minor in entrepreneurship and innovation, from Purdue University, he landed his maiden job as project engineer at CSA Group, one of the largest standards development organisations in North America, in 2014. Back in India, his parents—his mother is a doctor and father runs an advertising firm in Chandigarh—were elated. At 21, they thought, their lad had achieved his first target.

A year later, in 2015, Oberoi was taking on American MNC Gillette. “I never realised that I would turn entrepreneur,” says Oberoi, who quit his job and bootstrapped an online razor startup LetsShave in July 2015. “It just happened,” he says. The idea, though, got seeded while shopping with his mother in 2014. The mall in Chandigarh was loaded with MNC brands across categories. Sadly, razors didn’t have any Indian edge. Oberoi decided to change the script.

While studying, he started pursuing Korean razor giant Dorco. Endless emails to the corporate headquarters never got answered; a few business proposals too didn’t elicit any response. Oberoi didn’t have any subject knowledge; no background or experience in business. “Who would have backed a rookie?” he says. The young lad, though, was relentless in his chase. A year later, Dorco inked a deal to supply razors in an exclusive Indian partnership. Oberoi took money from his father and started the business of selling razors online. “I realised this was my true dream,” he recalls.

The dream had a nightmarish beginning. Fifty razors got sold in the first month. Next month the numbers doubled. It was a massive disappointment. “I didn’t come back to sell 100 razors a month,” he recounts. Oberoi rejigged his marketing strategy, and brought in a more focussed approach.

Cut to January 2021. LetsShave sells between 1,500 and 2,000 products per day; the startup has transformed into a shaving and grooming venture by entering  shower, body, face, beard and electric trimmer categories; Dorco bought a minor stake in the company in 2018; and last February, Wipro Consumer Care Ventures backed Oberoi by picking up stake.

“Sidharth is a passionate leader having a clear vision about his venture,” says  Sumit Keshan, managing partner for Wipro Consumer Care Ventures. LetsShave, he adds, has shown strong traction with 2x growth since the last investment. “This is just the beginning. It will capture market share from its larger rivals.”

Ken Kwak, global director at Dorco, says, “When our team first interacted with Sidharth, we felt that spark.” At such a young age, he had the willingness to challenge the status quo of the shaving and grooming industry in India. “This is an extremely bold ambition.”

Oberoi, for his part, now wants to play big. The target is to build a $100 million company over the next few years.

Tweets by @forbesindia
Photo of the Day: Destruction in her path
The hopes that rose and fell with GameStop