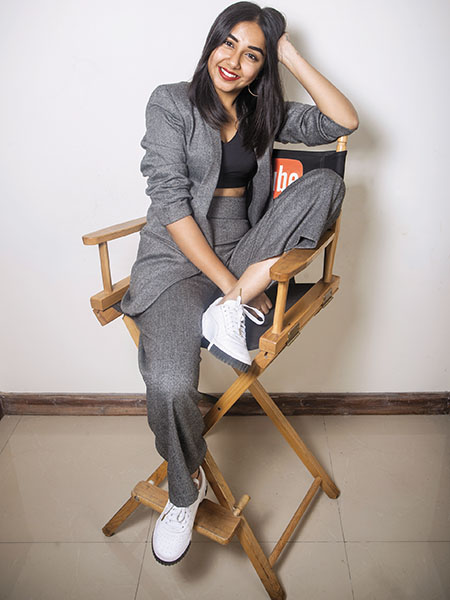 Dressed in a green saree in -3 °C in New York City, Prajakta Koli went numb on seeing the United Nations (UN) headquarters last November. It was only after she entered the building and saw flags of various countries lined on both sides that she experienced a gush of emotions. “It was the first time I touched the Indian flag. That gave me goosebumps,” says the resident of Thane, Mumbai.

Koli was the only Indian among 50 digital creators worldwide who were part of Creators of Change, a YouTube initiative. She composed and shot a song, No Offence, condemning hate speech, which was among the four shortlisted and screened at the UN headquarters in 2018. It has garnered over 11 million views so far.

A bachelor of mass media (BMM) graduate from Mulund’s Kelkar College, Koli is the creator of MostlySane, a YouTube channel that has 3.2 million-plus subscribers. Her popularity has seen her collaborate with actors like Ayushmann Khurrana, Kajol, Nawazuddin Siddiqui, and singer-composer Badshah.

“The adulation that I get means the world to me. But I have also consciously become more responsible because of the pressure,” says Koli.

A performer who loved the stage, Koli wanted to become a radio jockey (RJ) since she was in class VI. She eventually worked as an RJ-cum-production assistant with a radio station, but quit after a year as her expectations did not match the reality: Like recording late-night shows in afternoons.

She uploaded her first YouTube video, Types of Singles, on Valentine’s Day in 2015. Koli has not looked back since. She posts three videos a week, taking inspiration from life and her experiences. “Prajakta is the most hardworking girl I know. She is not only intelligent but also super funny. She has come a long way at such a young age,” says rapper Badshah.

If numbers tell a story, Koli’s is surreal.