The Scent Of A Brand

Inside the mad science of scent manipulation 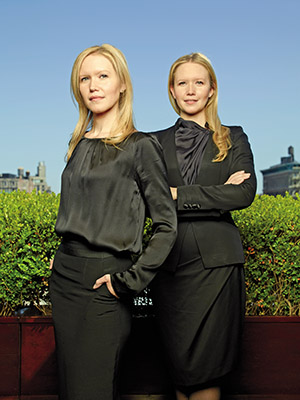 Image: David Yellen for Forbes
“Scent can change the way you feel about a space,” says Dawn, right. (Her sister, Samantha, is on the left.) “It’s disconcerting if the fragrance isn’t right”

The subtle art of consumer manipulation is meant to put shoppers in a buying mood—and these days they are being led around by the nose. Call it the new frontier of subliminal seduction: A cottage industry to massage your mood by introducing aromas while you browse upscale boutiques or walk hotel hallways.

“Scent is an underleveraged opportunity,” says Chad Murawczyk, the founder and CEO of MiN New York, which acts as a go-between for scent-technology companies like Air Aroma and retailers. “It is the secret key to creating an emotional bond with your customers, but all of the money and all of the focus is currently on sight and sound.”

Well, maybe not all the money. At a masquerade party at the Guggenheim Museum to celebrate Lady Gaga’s latest act, a perfume called Fame, she conducted a Sleeping Beauty noir performance from a bed inside a 20-foot Plexiglas orb. A black-and-white film by Steven Klein played on large screens while a pair of striking blondes in Zac Posen directed a crew of young women with headsets and clipboards. One wore a vintage Bottega Veneta tiara, the other a Venetian mask. They did not appear to be caterers.

As it turned out, these twins have become something of a fixture on the downtown scene: 34-year-old twins Dawn and Samantha Goldworm helm a $5 million company that caters to the sense of smell. Their endeavor, 12.29, develops bespoke scents guaranteed to communicate a brand’s perfect essence. “When you scent a space you’re changing the way people feel about it,” Dawn, a former “nose” for perfume giant Coty, said after Gaga’s party. She had chosen notes of saffron, leather, orchid and violet along with a few ingrédients obscurs for the soiree. If the idea was to titillate guests with the suggestion of something decadent and forbidden, it worked like a charm.

That comes as no surprise to 12.29—the name refers to the twins’ birthday—which has worked its spell in everything from packaging and candles to nightclubs, restaurants and runway shows. Clients include Rodarte, Jason Wu, Thakoon, Zac Posen, Purple magazine and Mercedes-Benz, and corporations in Europe and China. Prices range from $5,000 for a home scent to six figures for a proprietary fragrance.

Clients say it’s money well spent. “If the way the food tastes is important, the way the room looks is important and the way the music sounds is important, it would be impossible to overlook the powerful influence scent has over any sensory experience,” says Eugene Remm, who owns the nightlife empire EMM Group, which includes Catch, Finale and SL in New York and Miami. “It kick-starts a series of positive associations throughout all of our properties and raises expectations.”

The Goldworms—and competitors like Bespoke Fragrance, Scenterprises and Brandaroma—are selling the idea that a proprietary scent can take brand identity further than any logo or advertorial. If you want consumers to understand your brand, the thinking goes, let them inhale it. It’s not a new idea. Abercrombie & Fitch has embraced this mentality for years—shoppers can smell its Fifth Avenue store from across the street—but today’s purveyors are more subtle and more pervasive.

Samantha, the business half of 12.29, says scents create stronger impressions than traditional marketing because the olfactory sense is tied to the most acute part of memory. Researchers believe humans can recognise roughly 10,000 odours and recall particular smells with 65 percent accuracy even a year later. For visual indicators like signs or logos, accuracy reaches only 50 percent after a year. 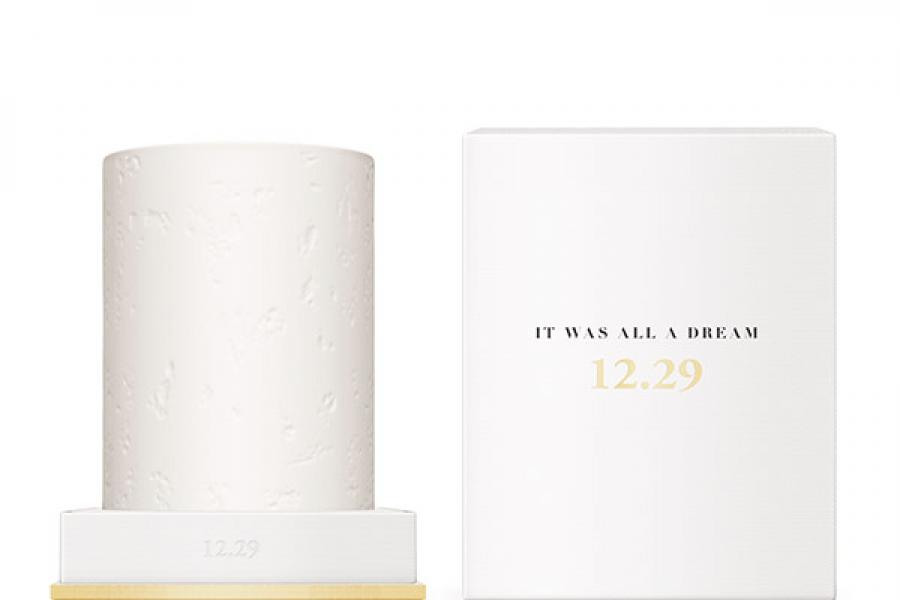 12.29 recently launched a collection of candles in French porcelain jars. They go for $150. Refills are $75
The key to creating a distinctive scent is in the ingredients, which is where the expense comes in. The sisters decline to say how much they spend developing each new fragrance, but with the price of ingredients they employ, it’s considerable. It takes 50,000 specimens (about 900 kg) of, say, the centifolia rose to produce 1 kg of “rose absolute”, at a cost of about $10,000 per kg. The even trickier orris (Iris) root has a special extraction method that compounds its price: The root is peeled and ground before being made into a butter and stored for years. Oil yield after extraction is minuscule, which drives the cost to nearly $140,000 per kg for the best quality. It’s no surprise, then, that large fragrance firms like Givaudan can spend $15 million to $20 million and up to 10 years to develop one proprietary fragrance.

Then there’s the question of the delivery system. It’s a delicate maneuver, notes MiN’s Murawczyk, especially for smells diﬀused via air: The juice must be distributed through a space evenly, eﬀortlessly, unperceived and on cue. For Rodarte’s runway show the Goldworms used 10 diﬀusers placed under the seats. It was like trying to solve a geometry puzzle.

“Just spraying the scent into the room would make you feel like you were eating the perfume, which is disgusting and overwhelming,” said Dawn. All worked well, though she later heard that one high-profile fashion editor had complained of smelling like burnt wood—a technical misstep since adjusted.

The process for a project like Ga- ga’s party can take seven months and many trials, as Jason Pomeranc, co-founder of Thompson Hotels, found. In a meeting this year he considered four small jars of clear liquid. Each contained notes of leather, amber and wood, but each also smelled distinct: One option produced visions of cigar-chomping huntsmen sipping whiskey; another, lighter on the tobacco and smoke elements, called to mind a slice of lime floating in a gin and tonic. Pomeranc vetoed both.

He had described textures that the scent should embody: The color black, aubergine, the feel of velvet, old Hol- lywood, something “comfortable but a bit sinister”. The target? Intellectu- als, artists and “modern thinkers who feel at home in the darker nooks of the world’s greatest cities.”

“It’s hard to resolve conflicting states of emotion in a fragrance,” Pomeranc said. “The goal is to create a connective tissue—we want to be welcoming to everyone but not pandering to anyone.”

After spraying each of the trials into a separate office, Pomeranc final- ly chose one. The juice smelled like it had come from Somewhere Else; not just a nice smell—it seemed to have a story behind it. Then again, “smelling nice” was never the point.

“We’ve all walked into spaces and said it smells amazing, but that is irrelevant,” Murawczyk says. “This is the greatest possible pivot point for a brand—to go from being ‘something nice’ to something that has guests wanting a repeat experience.”