The curious speed of sound on Mars

An international team of scientists, led by French researcher Paul Sabatier and including scientists from France's CNRS and the Institut Supérieur de l'Aéronautique et de l'Espace, has just published an analysis of these sounds in the journal 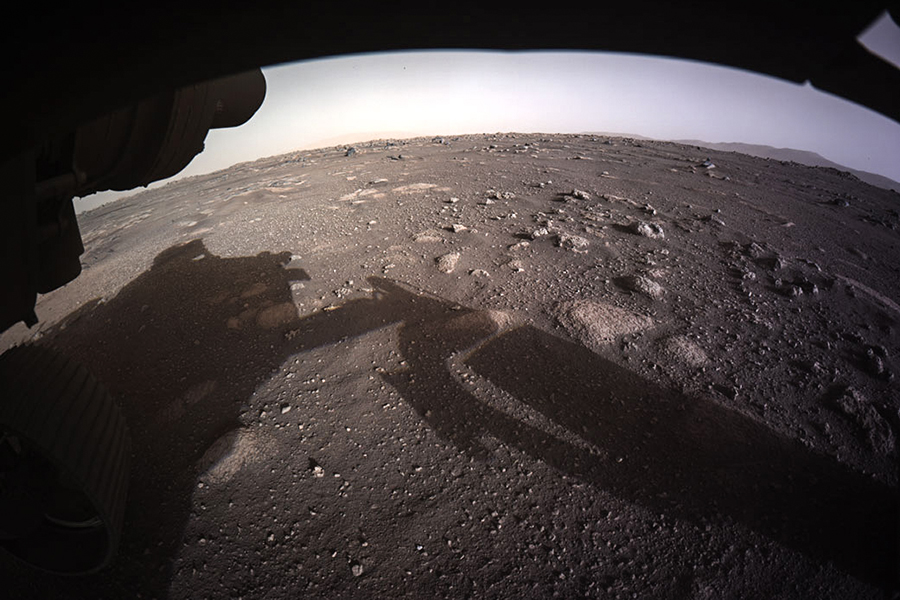 One of the first images of Mars captured by Perseverance Image: Courtesy of NASA/JPL-Caltech

In 2021, NASA revealed the very first sound recorded by its Perseverance rover on the surface of Mars. One year later, painstaking analysis of all these recordings have allowed researchers to determine the speed of sound on Mars. Unlike on Earth, there are two speeds of sound on Mars, one for low frequencies and one for high-pitched sounds.

Since arriving on Mars in February 2021, Perseverance has managed to capture more than five hours of recordings of the red planet's sound environment. One sound that can be clearly distinguished is that of the wind. One of the major observations made from listening to the recordings is that activity on Mars is very quiet: apart from this wind, it is difficult to identify other natural sound sources.

An international team of scientists, led by French researcher Paul Sabatier and including scientists from France's CNRS and the Institut Supérieur de l'Aéronautique et de l'Espace, has just published an analysis of these sounds in the journal Nature.

They were particularly interested in sounds generated by the rover including shock waves from the impact of its laser on rocks. Their work indicates that the speed of sound is lower on Mars than on Earth, about 240 m/s on Mars, compared to 340 m/s here. But the most surprising finding is that there are two sound speeds on Mars: one for high frequencies and one for low frequencies. Another finding they made is that sound attenuation is stronger there, especially high frequencies which can be lost very quickly, even at short distances, unlike lower frequencies. This means, for example, that it would be very difficult for two people only a few meters apart to hear each other.

All these sounds were recorded with a microphone on the rover's SuperCam, a French-US instrument. In the future, other rovers equipped with this type of microphone could help scientists better understand planetary atmospheres, on Mars and elsewhere.