Named Drishti, the IIT-Madras graduates' hybrid sensor attempts to combine the best of radar sensing and optical imagery and will provide data as a service to commercial customers 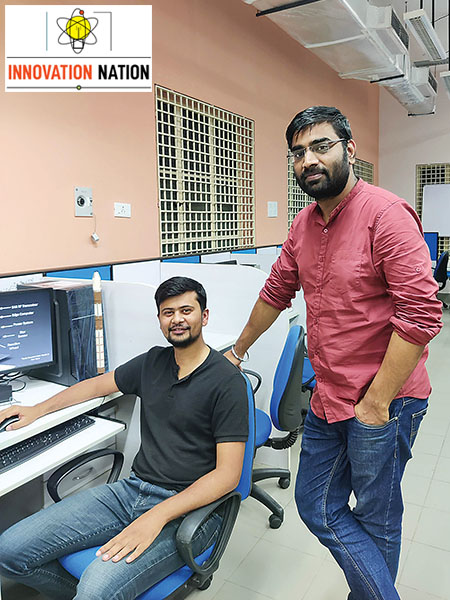 Former IIT-Madras graduates Suyash Singh and Denil Chawda have teamed up with their professor Satya Chakravarthy to start GalaxEye, with the ambition of launching a constellation of satellites, each of which will carry a hybrid sensor they’ve innovated.

The company started in April 2020 in ‘stealth mode’, as is known in startup parlance. Previously, Singh and Chawda had been a part of Avishkar Hyperloop at IIT-Madras, a 40-member team, which, in 2019, was the only Asian squad to reach the finals of the SpaceX Hyperloop Pod competition. That success was part of the reason they looked at entrepreneurship as a career option.

They eventually decided on space technologies and further zeroed in on Earth observation satellites. “We are building advanced micro satellites with different kind of sensors that aren’t available today,” Singh tells Forbes India.

There are two kinds of sensors currently available. Optical sensors, as the name suggests, capture data in colours that we are familiar with—red, blue, green and their various combinations. Radar sensors, on the other hand,  capture data in microwave frequencies. “We are trying to club these two into one and derive a third type. That is our intellectual property,” he says.

This sensor, which they call Drishti, offers the best of both optical and radar sensors. “It is tailor-made to the deep learning applications of today,” says Singh.

A simple example of how the combined capabilities could be useful is when a stretch of land is covered by clouds. The radar sensor can penetrate the clouds and collect data, whereas the optical sensor can’t, explains Singh. Drishti, which is being developed to incorporate the best of both capabilities, will be more accurate even when it’s cloudy or at night, he continues.

“On one hand, we will be able to make the radar data more accurate because of the optical capabilities and, on the other, we are able to extend the availability of the optical sensor for night time imagery due to the radar capability,” he says.

“The technology will be effective even with one satellite, but we will initially launch a constellation of 15 satellites,” Chawda says. Having a constellation also helps in increasing the ‘revisit’ capability over any given area that is under the coverage of those satellites.

GalaxEye has raised one pre-seed round of funding, from Speciale Invest, a venture capital firm that invests in deep-tech startups, and will likely raise more over the next year.