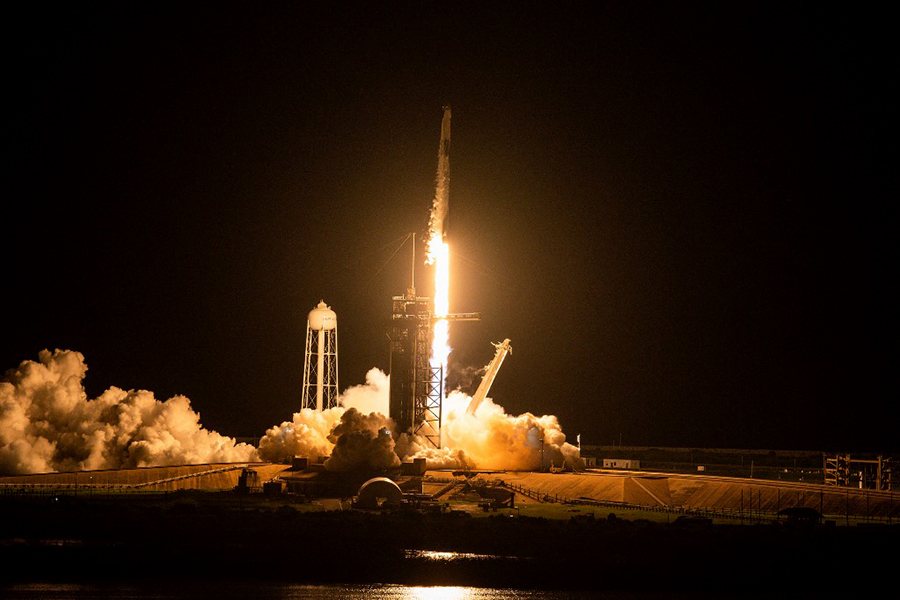 A space research company called Varda Space wants to become the first to build a manufacturing facility in space. The firm is set to partner with SpaceX to accomplish this unlikely challenge, with the goal of producing materials using low gravity. The first launch is expected to take place in early 2023.

An industrial factory in space? Varda Space's project may seem far-fetched—after all, there's no shortage of room on Earth to build factories—but the concept could well serve industries here on Earth. Varda's aim would be to use microgravity to manufacture new materials or to further the research of the International Space Station on certain specific products. According to TechCrunch, this kind of in-space facility could, for example, manufacture bio-printed organs or specialist semiconductors, even if, for the moment, nothing has been officially revealed by the firm, since no client contracts have yet been signed.

In order to make the trip to space, Varda Space needs to find partners to help make the journey to a low Earth orbit. And that's where SpaceX comes in. SpaceX offers companies that want to send objects into space the opportunity to use one of its scheduled launches to do so. Varda selected SpaceX as a launch provider due to the low cost of launch. Basically, the two companies make the trip to space together. Once they arrive at their destination, they are free to go their separate ways— almost like a kind of "space carpooling" in fact, although a little different from your regular downtown commute.

Varda Space has announced that it hopes to transport its factory on a Falcon 9 rocket, owned by SpaceX, scheduled for launch at the beginning of 2023. SpaceX's new rockets will carry the supplies needed to get the factory into space.

While the companies have not disclosed any terms of their agreement, it is known that the craft will spend about three months in orbit testing these new manufacturing technologies.

Another option for launching was nevertheless studied, in the form of Rocket Lab "Electron" rockets. But Varda Space did not want to put all its eggs in the same basket, since the New Zealand firm is already responsible for making the spacecraft that will accommodate its supplies, as well as the re-entry capsule for their return to Earth. This capsule is extremely important since re-entry into the Earth's atmosphere happens at Mach 25, and the materials must not break during the landing.

In reality, the most complex moment, from the manufacture to the recovery, remains this re-entry in the atmosphere. Indeed, Mach 25 is equivalent to 25 times the speed of sound (1,224 km/h). Remember those science-fiction movies where you see a capsule return to Earth? Now, imagine transporting sensitive materials in this environment filled with uncertainty, and while encountering a multitude of external impacts. This will undoubtedly be one of the critical moments of the mission.

Unlike other spacecraft specialized in communication or imaging, Varda Space and its space factory do not require a specific orbit for their mission. Indeed, the facility only needs to be able to remain in a low Earth orbit. The lessons learned from this first flight will be used for subsequent flights. Varda Space hopes to be able to launch a second or even a third mission by the end of 2024.

But this date is still relatively far off, which leaves the opportunity for other projects to arise. The European Union, for example, is working in the field with the "PERIOD" project, which aims to develop an orbital factory. It will focus on the assembly and manufacture of satellites directly from space, in partnership with Airbus. In any case, these ambitious projects give us a glimpse of some of the new perspectives for industrialists and entrepreneurs from all horizons.Disclaimer: The story has been revised and updated with inputs from Varda Space Industries.

Tweets by @forbesindia
How music helped the world through the pandemic
Covid-19 didn't slow greenhouse emissions; Tesla valued at $1 trillion; a chat with the founders of Lohum Cleantech