Who will be on the next SpaceX mission?

Jared Isaacman, a billionaire, designed a mission called Inspiration4. He has picked 3 complete novices to join him on this mission run by SpaceX 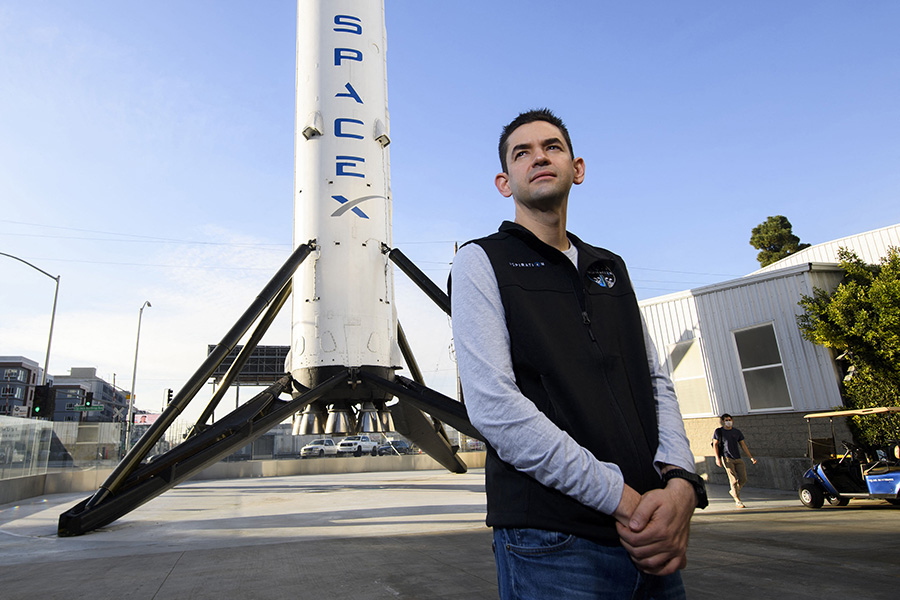 For the first time on Wednesday, SpaceX is due to send into orbit a crew made up entirely of complete novices, without a professional astronaut on board.

The four passengers are supposed to embody the opening-up of space to everyone, giving the mission its name: Inspiration4.

A billionaire, Jared Isaacman, is behind the  project. It was he who chartered the mission, at his own expense, inviting three anonymous people to join him, via a rather original selection process. Each seat has been assigned to represent a specific value.

Isaacman is the mission commander.

The 38-year-old American is the founder and CEO of Shift4 Payments, which offers stores and restaurants a service for processing bank card transactions.

He created it when he was 16, from the basement of the family home.

Passionate about piloting, he holds a record for flying around the world in a light jet and is qualified to fly several military aircraft. In 2012, he founded a company providing training to US Air Force pilots, called Draken International.

A married father of two daughters, he has always been passionate about space exploration.

In 2008, he witnessed the takeoff, aboard a Russian rocket in Kazakhstan, of one of the first private tourists to visit the International Space Station, Richard Garriott. It was after that experience that he contacted SpaceX.

Arceneaux was treated for bone cancer as a child at St. Jude's Hospital in Memphis, Tennessee, for which Jared Isaacman organized a fundraiser. She works there today as a physician assistant.

At 29, she will be the youngest American to be sent into orbit around the Earth, and the first person with a prosthesis to go into space.

She will be the medical manager for the mission. Her seat represents "hope."

Proctor, 51, teaches geology at a small college in Arizona.

Born in Guam, her father worked at NASA during the Apollo missions. She participated in an experiment in Hawaii simulating life on Mars, and twice applied to NASA to become an astronaut.

In 2009, she was among a few dozen finalists out of more than 3,500 candidates. She will be only the fourth African American woman to go into space.

She will be the pilot of the mission, assisting the commander.

She won her seat, which represents "prosperity," by creating an online sales site linked to space, as part of an entrepreneurial competition organized by Isaacman's company.

A 42-year-old US Air Force veteran who served in Iraq, Sembroski now works in the aeronautics industry, for Lockheed Martin in Washington state.

He was selected after making a donation as part of a fundraiser for St. Jude's Hospital.

His seat represents "generosity." His role will be to help in managing the cargo on board, and communications with Earth.

Tweets by @forbesindia
Photo of the day: Delhi under water
This collection of Meissen porcelain could break records at auction