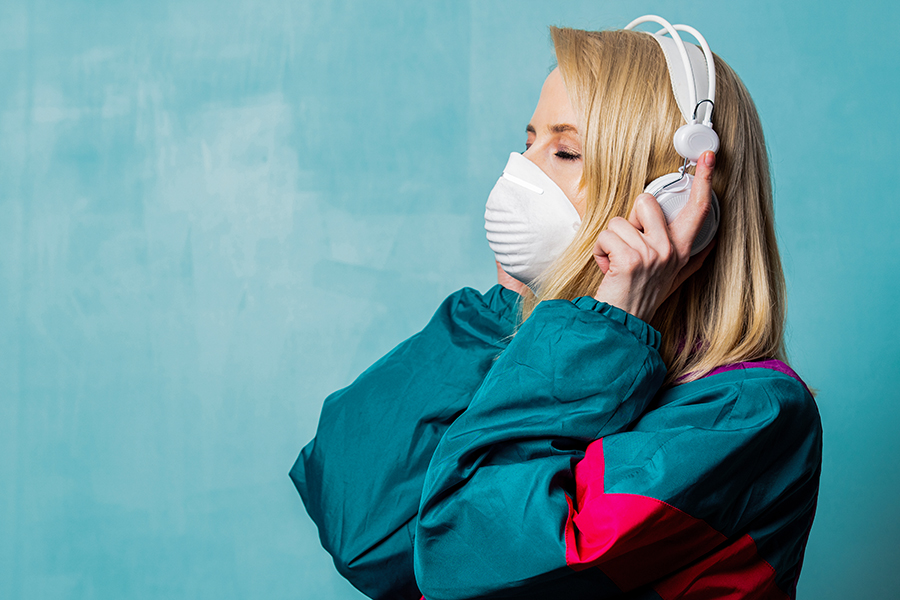 Time spent listening to music each week is 18 hours and 24 minutes, or the equivalent of 368 three-minute tracks.

Music has never brought us more comfort than in these difficult times. A new study from the International Federation of the Phonographic Industry (IFPI) reveals that covid-19 has led us to form a closer bond with the art form.

The report, based on the opinions of 43,000 people in 21 countries, shows the supportive role that music plays in our daily lives. Indeed, 80% of respondents said that music helped with their emotional well-being during the pandemic. This beneficial effect was particularly pronounced among 16-19 year olds, more than two-thirds of whom said that "new releases from their favorite artists helped them during the pandemic."

While many have sought solace in classics during this period of uncertainty, 63% of those surveyed preferred to discover new music and new artists. This could go some way to explain why interest in music is stronger than ever.

According to the IFPI, the overall time spent listening to music each week is 18 hours and 24 minutes, or the equivalent of 368 three-minute tracks. In China, weekly listening reaches nearly 23 hours, up from just 17 hours and 42 minutes in 2019.

With festivals and concerts shut down for many months, fans have turned to new media to maintain connections with the music and artists they love. Short lip-sync or dance videos, which sealed the success of TikTok among young people around the world, are one such example. Two-thirds of respondents said that music is central to what they enjoy about the Chinese platform.

The report also highlights the prominent place that music now occupies in the gaming world. One in 20 respondents has already watched a music livestream on a video game platform, including "Fortnite," Roblox or "Minecraft." "Fortnite" publisher, Epic Games, intends to take advantage of this craze. It recently launched a new series of virtual concerts with Aya Nakamura, Tones and I, and Mohamed Hamaki, turning the game into a veritable entertainment platform.

While these interactive experiences are a new phenomenon, the appetite for streaming is not. Nearly three quarters of people surveyed by IFPI said they listen to music through music streaming services. They favor this mode of listening for the following top three reasons: "no adverts interrupting the music," "I can listen to what I want when I want," and "access to millions of songs."

Subscription-based audio streaming usage is particularly high among 16-34 year olds and 25-35 year olds. Moreover, time spent listening to music in this way is highest in Mexico, Sweden and Brazil.

Tweets by @forbesindia
Succession at Scholastic seemed to be a shock, even to the new chair
How SpaceX will blast the first space factory into orbit