NASA plans to give SpaceX company on the moon

It won't just be SpaceX going to the moon if NASA officials get their wish. That could be a boon to the space dreams of Jeff Bezos 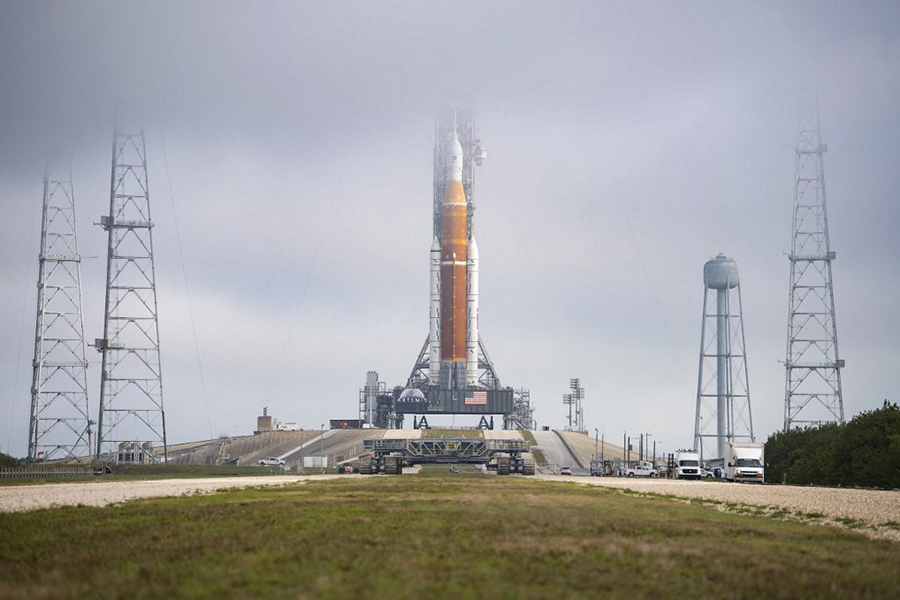 NASA's Space Launch System (SLS) rocket with the Orion spacecraft aboard is seen atop a mobile launcher at Launch Complex 39B, Friday, March 18, 2022, after being rolled out to the launch pad for the first time at NASAís Kennedy Space Center in Florida. - Ahead of NASAís Artemis I flight test, the fully stacked and integrated SLS rocket and Orion spacecraft will undergo a wet dress rehearsal at Launch Complex 39B to verify systems and practice countdown procedures for the first launch. Image: Aubrey GEMIGNANI / NASA / AFP)

It won’t just be SpaceX going to the moon if NASA officials get their wish. That could be a boon to the space dreams of Jeff Bezos.

As part of Artemis, NASA’s program to send astronauts back to the moon, the agency in 2019 looked to hire two companies to provide the landers to take its astronauts from lunar orbit to the surface of the moon. But with insufficient financing from Congress, the agency decided in April last year to give just one contract, to SpaceX.

Other companies would have the opportunity to compete for future missions, NASA officials said.

On Wednesday, Bill Nelson, the NASA administrator, said the space agency would soon announce a competition to develop a second lunar lander.

“I promised competition,” Nelson said, “so here it is.”

The second company would share NASA’s moon missions — about one a year over the course of a decade or so — with SpaceX. “These are not isolated missions,” Nelson said. “Each is going to build on the past progress.”

Similar to SpaceX’s contract last year, the second company would receive financing for two landings — one without astronauts to demonstrate the abilities of the spacecraft, then a second mission with astronauts.

Jim Free, NASA’s associate administrator for exploration systems development, said the aim would be for a crewed mission to occur in 2026 or 2027.

The lunar landers follow NASA’s recent approach of seeking fixed-price contracts, setting certain requirements but encouraging innovation by allowing private companies to come up with their own designs to meet the agency’s needs and compete on price. That approach led to SpaceX’s capsule that ferries astronauts to and from the International Space Station. In the past, NASA generally led the development of rockets and spacecraft, and companies were paid to carry out the plans, usually at much higher costs.

Still, the plan for a second lunar lander hinges on Congress providing money to pay for it. Nelson said he would not discuss how much the program may cost until the president’s budget proposal for fiscal year 2023 is released early next week.

Tweets by @forbesindia
Photo Of The Day: Life goes on
Good muscular skeletal health a key to good life