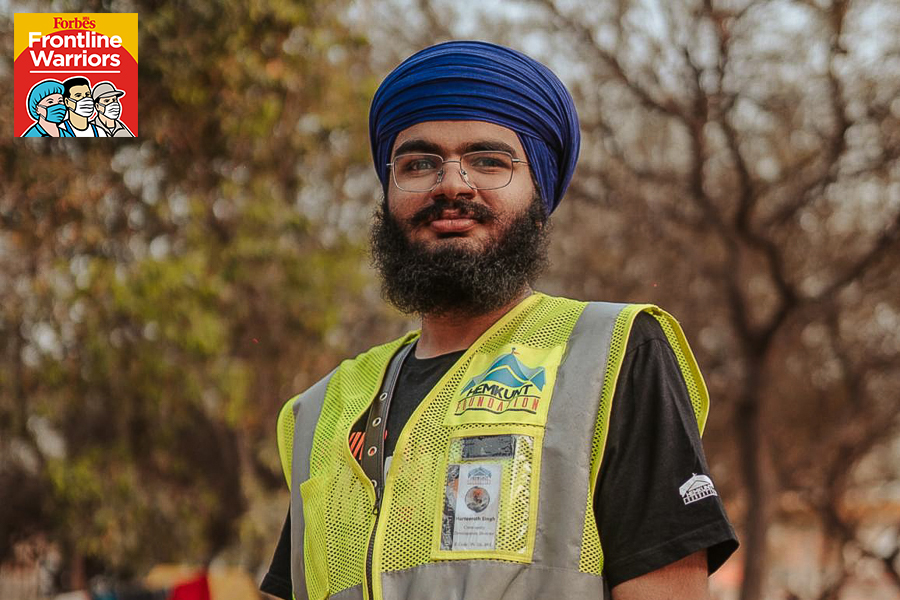 During the first wave of Covid-19 last year, Gurugram-based NGO Hemkunt Foundation, along with distributing at least 360 tons of cooked meals among migrant workers and labourers, also arranged for oxygen cylinders.
Now, in the second wave too it is procuring oxygen cylinders for those in need. But the difference is last year they would receive only 100 calls a month for oxygen. “Now, we receive at least 15,000 calls a day from all over India,” says Harteerath Singh, community development director at Hemkunt.
In the past two weeks, Singh has barely slept eight hours in all. On most days, his first meal is at 6pm. “The most crucial (life and death situation) SOS calls usually come between 11pm and 3am. It’s after 4am that the team gets to rest, but only for a couple of hours,” he says.
Hemkunt Foundation, which has been involved in relief activities since 2010 and has a team of about 150 volunteers, has arranged for 4,200-odd oxygen cylinders in the last three weeks. The foundation has procurement and backend teams working round the clock on the field looking for vendors and factories, says Singh. “And we obviously have a strong network to import oxygen from abroad,” he adds. As far as distribution is concerned, “…there is a set criteria. We only give oxygen to patients whose oxygen level is below 88.”
Initially, the foundation insisted on test results of patients to provide the cylinders, but now, since even testing is difficult, they check the patient’s oxygen level. “Most cases are genuine, but we need to be doubly sure that the cylinder is going to those actually in need,” says Singh. 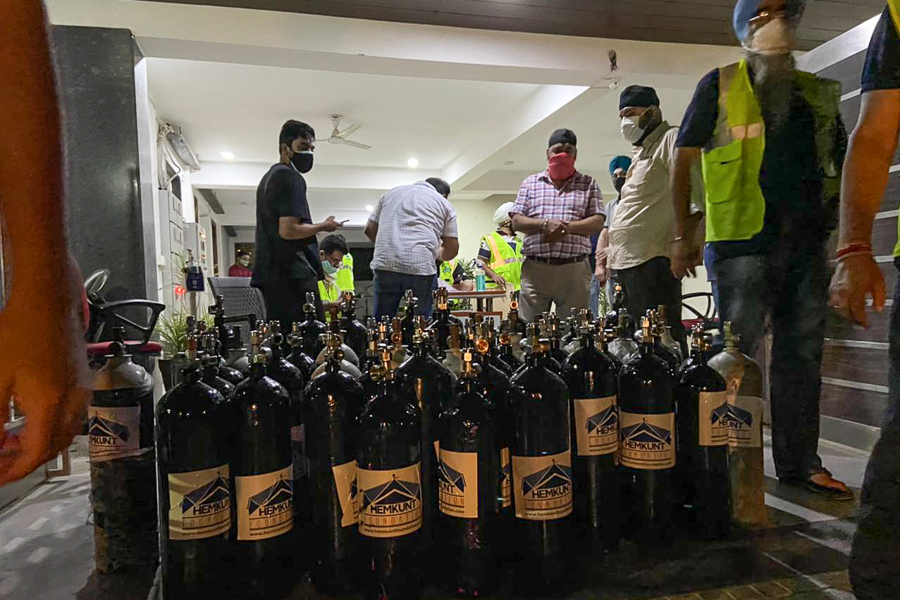 A team of 150 volunteers from Hemkunt Foundation have procured and supplied more than 4,200 oxygen cylinders free-of-cost to Covid-19 patients during the second wave
Image: Hemkunt Foundation
To meet the rising demand, the NGO, which has so far run on donations and provided cylinders free of cost to anyone who wants them, also started a “drive through” scheme for patients to go to their office and inhale oxygen. This alone has helped save 500 lives.

Singh, who is still studying and has an honorary position with the foundation, says that despite having the resources, procurement is still a difficult task. “It’s taking a lot of time, and time is of the essence. It’s criminal to lose a single minute but we are trying our best to save every life,” he says. “I see three to five deaths daily, I’ve myself got Covid-19 twice, but I will continue to do this even if it means losing my life. It’s just one against lakhs.”
Patients who have lived because of him and his NGO want to thank him for the efforts to keep them alive–by helping keep others alive. “Everyone tells me, now I have antibodies so I want to volunteer too. That makes us happy but we’re keeping our team small for maximum efficiency,” Singh says.
This despite the fact that things are only going to get worse, according to Singh. “We haven’t hit the peak yet and this is our state. I’m on the field and aware of the manufacturing status. Trust me, no one has woken up and no one is ready to take this virus seriously,” he says before signing off quickly to attend to the dozen SOS calls he has missed while doing this interview.
­­­­
To donate, visit: https://hemkuntfoundation.com/donate-now/

Tweets by @forbesindia
We know where the Sheikh's horse is. But where is his daughter?
'Dog biting dog': China's online fight could further empower Beijing