What do Singham, Simmba and new-age CFOs have in common?

Imagine Marketing (boAt) group CFO Ankur Sharma reckons the CFOs role has evolved from being reactive to proactive, from controller to enabler, and have to do much more than just good old policing 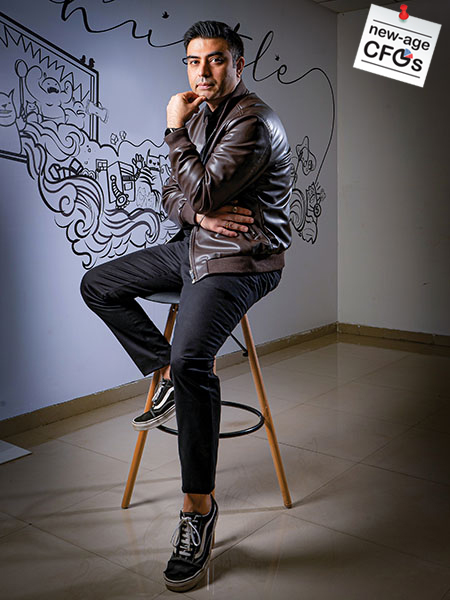 A CFO must know when to play coach and when to step into the field to play the game: Ankur Sharma CFO of Imagine Marketing
Image: Neha Mithbawkar for Forbes India

Can there be a connect between traditional CFOs and police officers in Hindi movies in the 90s? Ankur Sharma points out an uncanny similarity. In almost all films, says the group CFO of Imagine Marketing—the parent company of homegrown electronics brand boAt—the police would invariably arrive in the last frame, during the climax. “Their job was just to come and arrest. That’s it. The role was scripted,” says the 42-year-old, who started his career as an assistant manager with Reliance Mutual Fund in 2004.

Till a decade back, the police on the big screen were neither preventive nor proactive. “And this is exactly what the conventional CFOs used to do for decades,” avers Sharma, explaining his analogy. Auditing is more like a post-mortem that one does after every quarter or end of the fiscal. “That is not what CFOs are supposed to do anymore,” he says. The job goes beyond numbers, bookkeeping and controlling costs. “The role is not scripted. It is fluid, and keeps evolving,” he adds.

The new-age CFOs, Sharma points out, are more like dynamic police officers of recent blockbuster movies like Singham and Simmba who not only control, but also pre-empt. They are not only correctional officers, but they also try to be a few steps ahead of the criminals by thinking about their future moves. CFOs, Sharma says, have to be about the future. “They are chief future officers,” he adds.

Meanwhile, in 2004, as an assistant manager at Reliance Mutual Fund, Sharma had started looking at everything from a future lens of value.

During his first induction meet, his reporting boss tried to strike a casual conversation with the new joinees. When asked which car the new recruits would aspire to buy over the next few years, everybody let their imagination run wild. Names of all kinds of luxury cars such as BMW and Audi popped up. 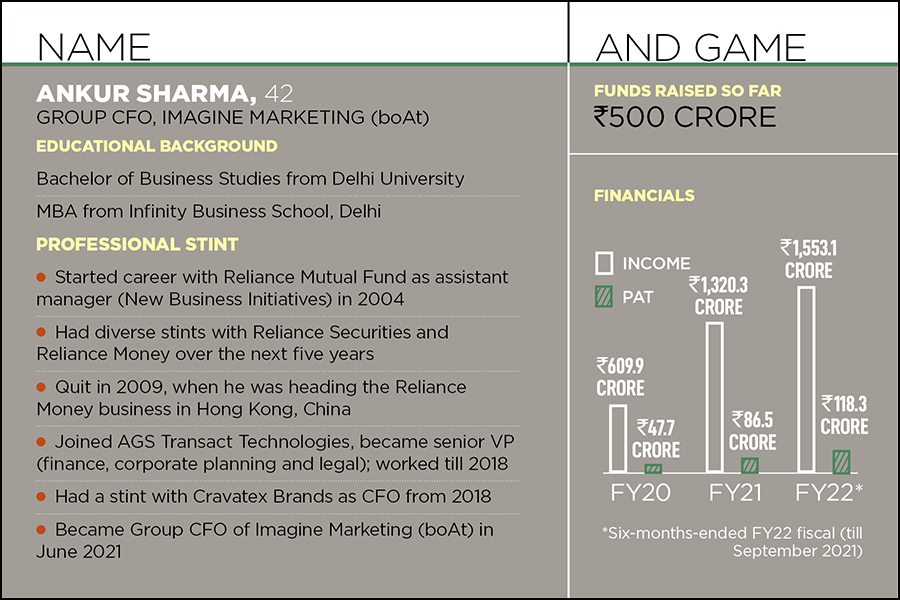 Sharma, though, was the odd one out. The young Delhi lad picked up Skoda Octavia. “A car is a depreciating asset,” he says. From the day you buy it to the day it starts needing repair, its value consistently keeps falling. Anything, he explains, which does not build or add value in the long run is not worth aspiring for. Just into a few weeks of joining, Sharma was put in the products team, where, apart from launching a bunch of mutual fund schemes for NRIs, he gained valuable insights into designing consumer products keeping in mind customer preferences.

His first job also brought another priceless learning. In one of the strategy planning sessions that Sharma attended, the sales professionals came up with a long list of demands, and made a feverish pitch for enhanced capital allocation. The CEO, who patiently heard all of them, granted most of the wishes. Sometime in the evening, and at the fag end of the meeting, it was the CEO’s turn to address the gathering. Interestingly, it just lasted for two minutes. “He just set the sales target,” Sharma recalls. The learning was, he underlines, every department in the organisation has to be an enabler of growth and work towards the target set by the CEO. “I knew my job of an enabler and not a controller,” he says.

A few years later, in one of his stints as head of finance, Sharma inadvertently slipped into a controller’s job but of a different kind. “One of the promoters of the company used to call me pathan,” he laughs, explaining the how it came to be so. Working in a traditional company, where the nature of operations was cash intensive, Sharma was always firefighting in terms of working capital and cashflow management. “At times we had divergent points of view, and I just would put mine [forward] strongly,” he says.

After over 17 years of hustle, when Sharma joined boAt in June last year as group CFO, all the qualities and traits that he learnt and acquired came in handy, and were duly appreciated.

Vivek Gambhir, chief executive officer of boAt, underlines the qualities the company was looking for in a CFO: A finance leader with a strong commercial orientation, track record of great results, financial acumen, deep understanding of systems and somebody who could build a vibrant organisation. “Ankur had exactly the right portfolio of well-rounded skills along with tremendous passion and a learning mindset,” says Gambhir, who is a former Godrej Consumer Products executive.

His sentiment is echoed by Aman Gupta, the co-founder of the startup. “At boAt, we believe in passion and hustle in our team.” Sharma, he adds, has an amazing sense of commercial intelligence and capacity apart from the hustle. A CFO needs to be proactive and anticipate changes much in advance. “This what Ankur brings to the table,” Gupta underlines.

Anticipating the future, industry observers reckon, can only come if the CFO has empathy for the business. Dhruv Agarwala, group CEO of Housing.com, Makaan.com and Proptiger.com, explains that a business leader should see the CFO as somebody who is a partner in facilitating progress and growth. “A CFO must not be somebody who is only asking tough questions about cost and efficiency.” Another crucial thing for the CFO is to have a deep business expertise. “Just having functional domain expertise would not do,” he says. Understanding the business as deeply as the business counterparts is very critical.

Sharma reckons that the X-factor for a CFO lies in developing soft skills. “As you move up the corporate ladder, the soft skills are what will help you,” he says, dishing out an example.

During one of his earlier stints, Sharma was caught in an ego fight betwee a promoter and a private equity (PE) player invested in the company. As the senior-most finance person in the company, the leadership team expected Sharma to be on their side. But so did the PE guys who had a deep skin in the game.

It was a tricky situation. Managing the interests of internal and external stakeholders is something that a CFO learns on the job. And to be seen as somebody who is doing the job in a fair manner is something that no educational qualification in the world teaches you. What helped Sharma was a simple philosophy. “I just think about the company,” he says. “Whatever works for the company, works for me,” he says. Well, that is how the boat keeps sailing and battles all storms.

Tweets by @forbesindia
Twitter expands Safety Mode, but not to India; Microsoft launches Surface Laptop Studio; Offgrid out of stealth with ZincGel
Vidur Gupta: Bringing the gin revolution to India