New-age CFOs: The strategic partners of the startup world

From staying conservative to displaying naked aggression, from valuing cost cutting to hunting for opportunity cost, from playing by the book to writing a new playbook, new finance leaders are cut from a different cloth 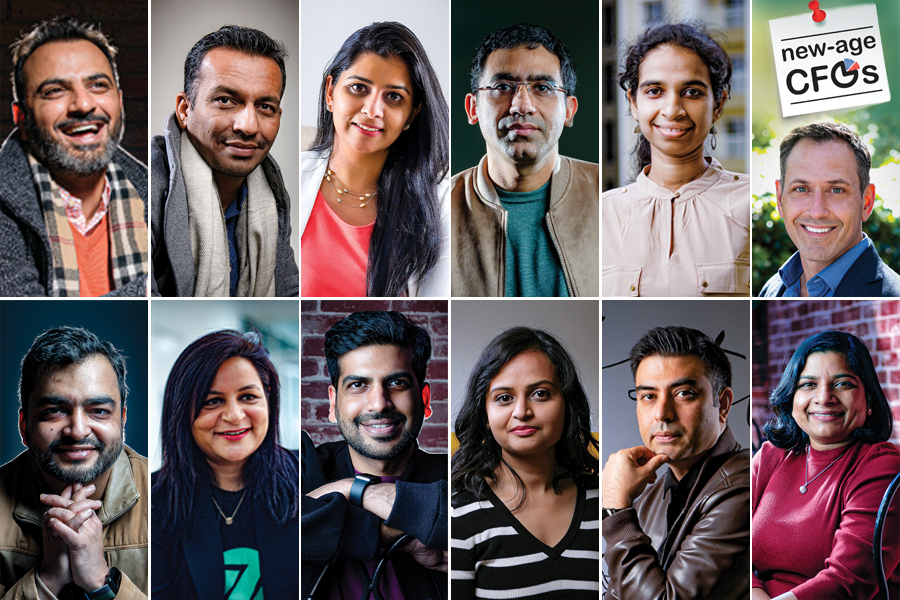 Rafael Nadal was two sets down. His fierce Russian rival, Daniil Medvedev, had three break-point opportunities in the middle of the third set of an intensely gripping Australian Open final on the penultimate day of the first month of the year. The prospects for the Spaniard looked bleak. His past performance in similar pressure-cooker situations—since 2007, Nadal hadn’t won a best-of-five sets match from two sets behind—meant that the chances of the champion winning his 21st Grand Slam were less than slim. Everybody knew the inevitable outcome.

Back in India, in Bengaluru, Anita Kishore didn’t want to jump the gun. The 34-year-old maths teacher, deep in her heart knew it’s not over till it’s over. “AI (artificial intelligence) predicted a 96 percent probability of Nadal losing,” recalls Kishore, chief strategy officer at Byju’s. “But we know the outcome. Don’t we?” laughs the die-hard tennis fan. “Wasn’t he fantastic?”

The magical outcome can be explained by 4 percent, and not 96 percent. Probability, she explains, gives a sense of how likely or unlikely something is. But that’s where its role ends. “It’s good to look at probability, but you can’t make a decision on the basis of it,” stresses Kishore, who also happens to be the head of finance at Byju’s. Even if the odds are against you, you know how to overcome them, adds the new-age finance leader whose aggressive buyout bets have matched the rapid scale notched up by the online edtech giant. “The biggest risk you are taking is not taking enough risks,” she adds.

Meanwhile, some 2,100 kilometres from Bengaluru, in Gurugram, Manohar Singh Charan was trying hard to explain the bloated losses of ShareChat. The six-year-old vernacular social media and short video entertainment platform had posted its first operating revenue of ₹9.4 crore in FY20. The loss column read ₹676.85 crore. “New-age consumer tech businesses require a different approach to financial management,” he stresses. And even within new-age businesses, the chief financial officer (CFO) underlines, content and social media businesses require a longer gestation period. “We are not dealing with factories, machineries and inventories,” he maintains, adding that amassing a loyal consumer base is the capex equivalent for consumer-tech businesses.

Charan is not the only CFO who doesn’t find the losses alarming. Neither is he alone in investing in the future, nor is he an outlier in believing that finance heads are strategic partners to the CEOs. He is also not the odd one out to pitch a new business playbook to investors, stakeholders and finance purists. And the investment banker doesn’t happen to be lonely in a CFO club where there are not many CAs. Charan is not an exception, but is fast becoming the rule.

Welcome to the bold new world of high-growth tech startups where a bunch of finance leaders are reinventing finance, scripting a new narrative, and are becoming strategic partners to their CEOs. And yes, the new-age CFOs do remarkably present a contrasting picture when pitched against their traditional counterparts.

From largely being unidimensional to predominantly multi-dimensional, from staying conservative to displaying naked aggression, from valuing cutting cost to hunting for opportunity cost, from scoffing at losses to staying calm with a bulging bottom line, and from playing by the book to writing a new playbook, the new finance leaders are indeed cut from a different cloth.

Take, for instance, Deena Jacob, who is marrying old-school finance with the audacious rules of the startup universe. “If a CFO with a conservative mindset were to look at a startup’s P&L, the bottom line would spook him or her,” says the co-founder and CFO of neo-banking platform Open.

Another interesting thread that binds all these growth hunters—apart from the fact that most of their startups are unicorns—is their way of looking at P&L. While all are optimistic about profit, they are hungry for insatiable growth. And they also don’t panic when losses balloon or stocks get battered, as in the recent case of listed food tech firm Zomato.

And if you get an impression that the new bunch is abdicating the traditional role of CFOs, then be rest assured. They still play referee by raising a flag when regulatory compliances go missing, or course correction becomes the need of the hour or at times when over-confidence and bravado need to be tempered. But they also become a part of the game by passionately egging on their founders to score goals. And at times, CFOs themselves happen to be the founders. As in the case of Priya Sharma. “CFOs must not be penny wise and pound foolish,” says the CFO, COO and co-founder of ZestMoney.

Then there is Aneesha Menon of CarTrade Tech, the auto classifieds platform that got listed last year. The CFO knows the art of balancing passion and reason. While being part of the game, she underlines, a referee must not get carried away. “And must ensure that the ball doesn’t hit the face,” she adds.

Forbes India brings you a collection of stories about a bunch of ‘chief fantastic officers’ who are relentless in their pursuit of growth. Enjoy their pulsating journey.

Tweets by @forbesindia
Storyboard18 - There is unlimited opportunity in the Indian market: Jim Huether, CEO of Hyperice
An actor should listen better: Adarsh Gourav—Forbes India 30 Under 30