Slice, of luck and a bigger pie for Rajan Bajaj

Rajan Bajaj's company is the only unicorn of the 30 Under 30 club this year, and has survived several pivots to become a formidable company 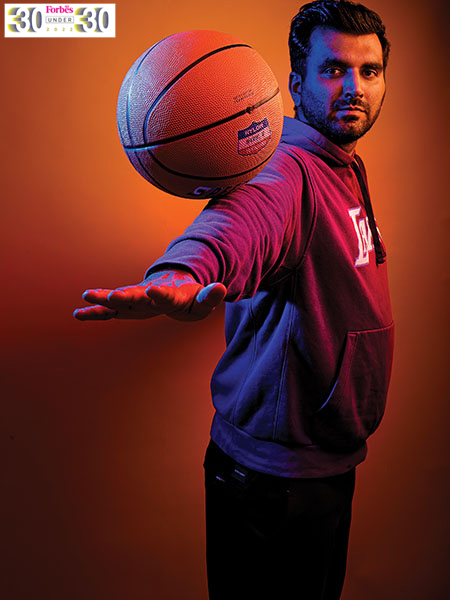 Rajan Bajaj starts the conversation by talking about the ‘luck’ factor. The IIT-Kharagpur alumnus started his entrepreneurial journey in 2015, and, over the next few years, his fledgling venture underwent a couple of pivots, and a few near-death experiences. The business, though, miraculously survived. And Bajaj’s trust with slice of luck continued.

In June, Slice—the fintech startup rolled out by the former Flipkart employee—raised $20 million. In November, Bajaj raised a staggering $220 million, taking Slice into the unicorn club. “Luck is super important. It plays a very big role,” says the 29-year-old. “At least thrice, we had just one-month’s runway left,” he recalls. Anything could have happened. “We were lucky to survive.”

The founder goes on to explain the role of hard work in his success. “One has to keep trying and stay persistent,” he says. One needs to be in the game to win the game, he adds. Backed by marquee investors such as Tiger Global, Insight Partners, Gunosy, Das Capital, Finup, Blume Ventures India, Simile Venture Partner and others, Slice is striking an annual revenue run rate of $60 million, claims to have close to 5 million registered users on its app, and has aggressively ramped up monthly credit card issuances from 20,000 in January last year to over 3 lakh in December. “Over the next five years, we want to be known as the best neo-bank in the world,” says Bajaj.

The investors are impressed with the performance. “Rajan has grown phenomenally as an entrepreneur over the last six years,” reckons Ashish Fafadia, partner at Blume Ventures. In spite of a tough phase in the first five years of business, the founder managed to run the business closer to the breakeven levels. “He has emerged as a market leader,” he adds.

Bajaj, for his part, prefers to stay modest about his accomplishments. “We haven’t achieved anything. We are just getting started,” he maintains. So what next for the unicorn? Can it become a decacorn, a privately-held company with a valuation of $10 billion or more? “Why just $10 billion? Why not $100 billion,” he asks. Makes sense for the founder who is now hungry for a much bigger slice.