Sowmay and Samyak Jain: Disrupting the crypto ecosystem with DeFi

The two brothers have built Instadapp into the fifth largest entity in the DeFi space worldwide, with assets worth $10.16 billion circulated in smart contracts on the blockchain 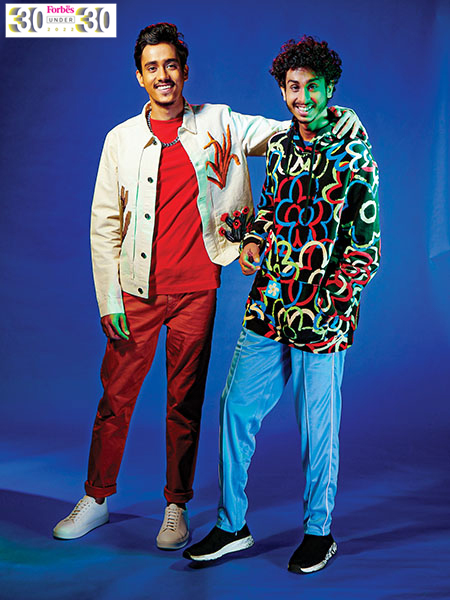 Samyak Jain, 22, a computer science student who hails from Rajasthan’s Kota district, dropped out of college in the second year to pursue his passion for building a decentralised finance (DeFi) protocol. His elder brother, Sowmay, 24, who aspired to become a chartered accountant, did the same. The brothers were interested in the world of cryptocurrency and decided to delve into it.

That same year, in August 2018, they won the ETHIndia hackathon in Bengaluru. It was a turning point for them as Instadapp, the platform they built for the competition, grabbed eyeballs. The blockchain-based finance platform allows people to lend and borrow funds from others or even earn interest in savings-like accounts. “There was no looking back. We received a lot of recognition and traction from the community. We were also given a grant by Kyber Network, which is a multi-chain crypto trading and liquidity hub based out of Singapore. By November 2018, we launched our platform in the market,” says Sowmay.

The startup bridges the gap between various projects by creating a “middleware” layer that allows developers to build applications that are compatible between DeFi protocols and crypto payment gateways. “Right now, fintech is a central power and nothing is connected properly. For instance, if you want to move your loan from HDFC Bank account to your ICICI Bank account, you can’t do it easily, but with Instadapp you can move from one protocol to another with just one single tap. So it’s connecting all the financial things together,” explains Samyak.

The company has raised two rounds of funding: $12.4 million from prominent crypto investors like Pantera Capital, Naval Ravikant and Balaji Srinivasan among others in September 2019 and a second round led by Standard Crypto which also included Andre Cronje, the founder of Yearn.Finance, a crypto investing platform. “The funding gave us a lot of boost, especially in convincing our parents who used to insist on us getting a real job,” says Sowmay.

Their revenue model is to charge fees on financial volumes and lending/borrowing activities taking place on the platform. “We have users from across the globe. Though due to regulatory issues we have fewer users from India, most of the backend development work happens in India,” says Sowmay.

Instadapp is the fifth largest entity in the DeFi space worldwide, with assets worth $10.16 billion circulated in smart contracts on the blockchain, according to DeFi-Pulse, an analytics and ranking platform. The company launched its INST governance tokens in June 2021, which put the Instadapp protocol under the control of the community.

“We saw so much potential in Sowmay and Samyak in building a beautiful product that would simplify users getting access to DeFi and developers building applications for DeFi. We were already happy users of the product and it was a Top 3 decentralised application in terms of traction,” says Paul Veradittakit, partner at Pantera and also one of the first investors of Instadapp.

Tweets by @forbesindia
Slice, of luck and a bigger pie for Rajan Bajaj
Photo Of The Day: Protesting for rights