ZestMoney's Chapman has been in fintech before it became a rage, and has cracked the consumer market in her adopted home—India 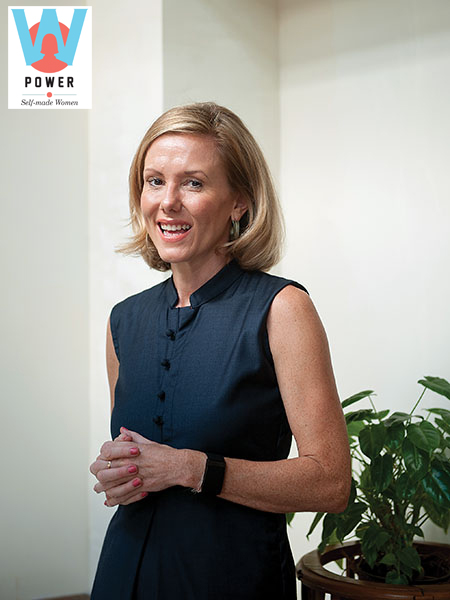 Growing up as a child of working-class parents in London, the 41-year-old would spend weekends mostly watching Hindi movies back to back, something that even her South Mumbai-bred husband hadn’t done all his life. Chapman’s connection with India came largely from her mother, who had worked with Red Cross in India, and it also helped that she lived in a part of London where more than half the population was South Asian.

That’s precisely why she didn’t have any qualms about moving to India a decade ago when many of her colleagues weren’t ready for the big gamble, even though they knew the fintech revolution in India was only starting out. “I was really fascinated and excited about the potential for what could happen in India, and it was clear 20 years ago that India was on the cusp of a big economic explosion,” Chapman tells Forbes India. “Many of my friends say that I took one of the biggest macro bets of all of us. While many were only talking, I packed my bags and came here.”

A microbiology graduate from the University of Edinburgh, Chapman’s trajectory turned to the world of financing and money largely due to her own struggles with money, particularly the lack of it. “I grew up with no money, I got quite fascinated by money at university and particularly trading. I came from a family that had never owned a stock and I found even with a small amount of money, I could make a lot of money,” Chapman says.

The world of trading led her to Goldman Sachs, where she became an associate, and she later joined the Wellcome Trust, a charitable organisation, before deciding to move to India with Wonga, a British digital lending company. “This was in 2011 and nobody actually took us very seriously because the fintech explosion was yet to happen here,” Chapman says.

While Wonga eventually shut shop, Chapman is today the co-founder and CEO of ZestMoney, a Bengaluru-based startup that has been pioneering the Buy Now Pay Later (BNPL) concept in India, as the country embraces a fintech revolution. The company was founded in 2015 and provides access to funds to those without credit cards or any other formal financing options largely due to insufficient credit history. 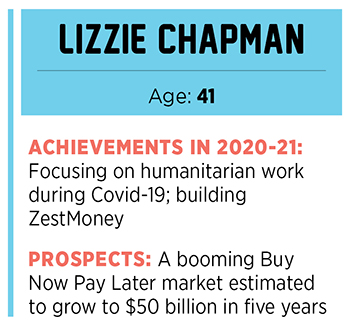 “In 2015, during the last big startup funding cycle, we understood that there was a problem of credit in the system,” says Chapman. “There are only so many customers that have credit cards and we knew the timing was right to launch because banks still didn’t want to give credit to the majority of consumers in this country.”

It also helped that a few months later, the government announced the demonetisation of its high-value currency, leading to a digitisation push. “That move helped us in many ways,” Chapman adds. The company has so far raised some $120 million from investors, including Goldman Sachs, Omidyar Network and Naspers.

ZestMoney allows customers to pay later for products in the range of ₹50 to ₹5 lakh across some 10,000 online sites and 75,000 physical stores in the country. While numerous financial technology companies in India have embarked on the BNPL bandwagon, Chapman says 99 percent of Zest’s focus is on the BNPL market. According to consultancy firm Redseer, India’s BNPL market is expected to grow to $45-50 billion by 2026 from $3-3.5 billion now. That means, the number of users will also grow to 80-100 million customers by 2026, from 10-15 million currently.

“We are very lucky to have a business model that depends on other people,” Chapman says. “We acquire our customers through merchants. BNPL is converting the customer of an existing brand, so you know your customer, and that gives you a key data point. Then of course we layer on top of that.”

As new entrants foray into the BNPL segment, Chapman could face some intense competition.

“BNPL as a concept has existed for many years in India,” says Srinath Sridharan, independent markets commentator and an expert in the banking and financial services industry. “It’s only a matter of time before banks with their large balance sheets foray into the segment. Lizzie, being a foreigner in India, has really been able to crack the market, targeting the millennial and Gen-Z market, and building a distinct product that is technologically very sound.”