Before becoming a businessman, Siddhartha tried to make it in the Indian Army—but then made history 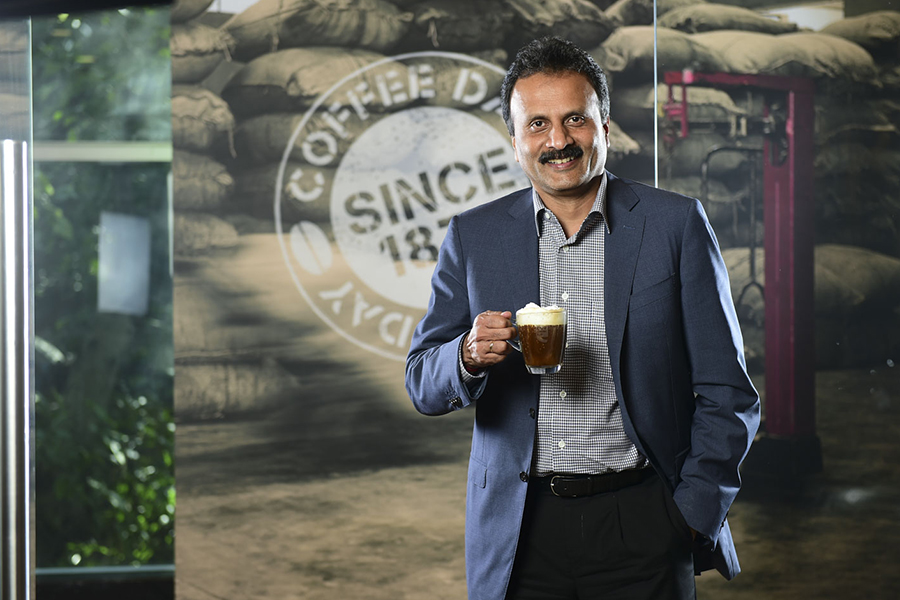 Long before he became India’s coffee king, VG Siddhartha wanted to fight for the country as a soldier in the Indian Army.

At 18, he wrote the entrance examination for the illustrious National Defence Academy in Khadakwasla, Pune, to enroll as a cadet. Unfortunately—or perhaps fortunately for him—he couldn’t clear the exam. “That’s the biggest regret I have,” Siddhartha said in a speech at IIT-Kanpur in 2016.

That dejection took him straight to the 140-year-old St Aloysius College in Mangaluru, about 150 kilometres from his hometown of Chikmagalur, a quaint town in the southern Indian state of Karnataka where coffee was first cultivated in the country. Siddhartha studied economics, and even went on to complete his master's degree from the college, where he would one day return as a chief guest for the college’s annual celebrations.

Studying economics also brought him closer to Karl Marx, even believing that he would end up as a member of India’s Communist Party. “But I realised after reading Russian history that when people come to power, they forget the basic principle of why they came to power,” Siddhartha recalled. “Karl Marx’s principles were fantastic and I believed capitalists are crooks, and still believe we are not very good people.”

Good people or not, Siddhartha was, until today, India’s coffee king, and a former member of the elite Forbes India Rich List, before his mysterious disappearance from a bridge near Mangaluru. The founder of the wildly popular chain, Café Coffee Day, had been in somewhat of a quagmire, largely due to the piling of debt at his company. “I am very very sorry to let down all the people who had put their trust in me. I have failed as an entrepreneur. I fought for a long time, but today I give up,” he reportedly wrote in a letter before his disappearance.

The Karnataka Police and the Indian Navy are currently searching for him around the Netravati river.

Robin Hood to Coffee King
While at college, the left-leaning Siddhartha toyed with the idea of being a Robin Hood only to realise that there wasn’t much money to be made in a socialistic economy like India. India, in the 1980s, was largely a socialistic regime, with the government only systematically liberalising it in the 1990s. “I thought I can be a Robin Hood, and take the capital from the rich and give to the poor,” Siddhartha said in his speech. “I started realising in my final year of college that there's no money to be made in this country at all.”

Siddhartha, the only son of his coffee planter father, then packed his bags after his studies to move to Mumbai to work as a research analyst with JM Financial, one of India’s largest brokerages. Two years on Dalal Street and the conscientious trader that he was, Siddhartha would even ruffle a few feathers, but wouldn’t give up trade secrets.

“I had a lot of inside information, but I had a principle in life. My firm has trusted me and I had to keep that trust,” Siddhartha recalled. “So all of my friends used to ask whom I was buying Britannia for. I would buy for [Nusli] Wadia, but I would tell them that I'll buy you a beer, but don't ask me for whom I am paying. You need to have some basic ethics when you want to start a journey in life.”

By 1985, Siddhartha left Mumbai to return to his hometown to start his own business. His family had been growing coffee since 1870, and held about 300 acres of property. “My dad told me not to go and work because we were getting between Rs 15 lakh and Rs 20 lakh income every year. But I didn’t want to retire in life,” he said.

Armed with a strong will to build something of his own, Siddhartha’s father gave him capital of Rs 7 lakh rupees. But, the clever businessman that he is, Siddhartha put in Rs 5 lakh to purchase land in Bengaluru and used the remaining to set up his office. He spent Rs 50,000 as a deposit to the office and another Rs 35,000 to get a telephone. The remaining was spent furnishing it.

Between 1985 and 1992, in his own words, he made a lot of money through Intermarket arbitration. “I used to buy a company’s stock in Bengaluru for Rs 10 and sell the same in Jaipur for Rs 11. That’s a 10 percent arbitration margin per day and that’s how money was made, Siddhartha told Forbes India in 2015.” While the Indian market has since become better regulated, Siddhartha was making between Rs 1 lakh and Rs 2 lakh a day, and in the process, was steadily buying land near his father’s plantation. By 1991, he would have over 5,000 acres of coffee plantation. To put it in perspective, that meant 20 square kilometres of land.

Back then, coffee growers would make 35 cents per pound of coffee, while the international price was $1.20. “I said, what a great opportunity, but I didn't even guess when the markets will open. But I said, gamble,” he recalled.

Manmohan Singh, the saviour
Despite owning large tracts of coffee plantations, Siddhartha wasn’t quite making a lot of money from his coffee business.

Much of that was because India’s coffee sector was still under the control of the coffee board. There were no open market system and coffee planters were supposed to pool the coffee to the coffee board. “They used to sell coffee against a barter of buying a tank with Russia,” he said.

The year 1991 was crucial for India as the government decided to embrace a new economic policy of liberalisation. Siddhartha, along with a few others, went to meet Manmohan Singh, India’s then Finance Minister, credited for opening up the Indian economy—only to be asked, “Why the hell didn't you come earlier?”

By 1992, with the government then opening up the sector, Siddhartha was among the handful to tap into the opportunity. Almost overnight, his fortunes had begun to swell. That year, Siddhartha started his coffee business Amalgamated Bean Company Trading (now called Coffee Day Global), an integrated coffee business that ranges from procuring, processing and roasting coffee beans to retailing of coffee products.

In March-April 1993, he sold 4,000 tonnes of coffee to international buyers at 80 cents per pound. With a frost affecting business in Brazil, Siddhartha was able to sell coffee at $2.5 per pound. Soon, he started retailing coffee through a chain of stores under the brand Fresh & Ground.

“By fluke, this opportunity came, because I bought property thinking that these markets will open up and suddenly, I will get all the payback of my debt in one year. Between 1992 and 1995, I became India's biggest trader in commodity because there is a frost, and the prices went up by three times. It is simple. I didn't go short on the commodity. I honoured all the commitment. So I became a darling of the international buyers or international traders,” Siddhartha recalled in his speech.

But the big idea to set up retail outlets came from a chance meeting with one of his buyers in Europe, a member of the family that owns Germany’s best-known coffee brand, Tchibo. To his dismay, Siddhartha would learn that the family had only ventured into the coffee business as late as 1948, when they opened a ten-by-ten store in Hamburg. “I'll tell you honestly that night I came back after dinner, I didn't sleep,” Siddhartha said.

By 1996, Siddhartha had opened up the company’s first retail outlet, CCD in Bangalore, where coffee and an hour of Internet surfing cost Rs 100. The coffee chain's launch came at a time when Bangalore was slowly emerging as India’s IT hub and techies began to flock to the garden city.

Twenty years later, Coffee Day Enterprises, which owns Café Coffee Day, India’s largest café chain by store size, went public and raised raise as much as Rs1,150 crore ($175 million) through the offer. CCD, as the chain is widely known, competes with the likes of Starbucks and Barista in Asia’s third-largest economy. Outside India, it has outlets in Austria, the Czech Republic and Malaysia. In all, Coffee Day Enterprises runs about 1,750 stores in 240 cities in India.

Alongside, Siddhartha had also invested in Mindtree, a technology company, way back in 1999; he also owned logistics company, Sical Logistics, three seven-star hotels, financial services firm Way2Wealth and a furniture company, Daffco. Earlier this year, Siddhartha had sold his stake in Mindtree for a staggering Rs 3,200 crore.

But, much of his troubles of late seems to have stemmed from pledging his stake in Coffee Day Enterprises Limited. Siddhartha owns 32.75 percent stake in CDEL, of which 70.73 percent of his personal shares are pledged or encumbered. In entirety, the promoter group and family own 53.93 percent in the company, of which 75.70 percent shares are pledged at the end of June 2019.

“If you want to make fast money, there is nothing called fast money,” Siddhartha said in his speech at IIT Kanpur.  “See, as an entrepreneur, if you are chasing money, you won't make money. After some stage, I can tell you honestly, for somebody like me, after Rs 5 crore or Rs 10 crore, money is of no use. It is only the passion that drives us.”

It's only ironic that, by the looks of it, money eventually drove him to disappear.