The cofounders of BrainSightAI piloted their neuro-infomatics platform Voxelbox in 2021, a technology they hope will help mental health practitioners, including psychiatrists understand the brain better 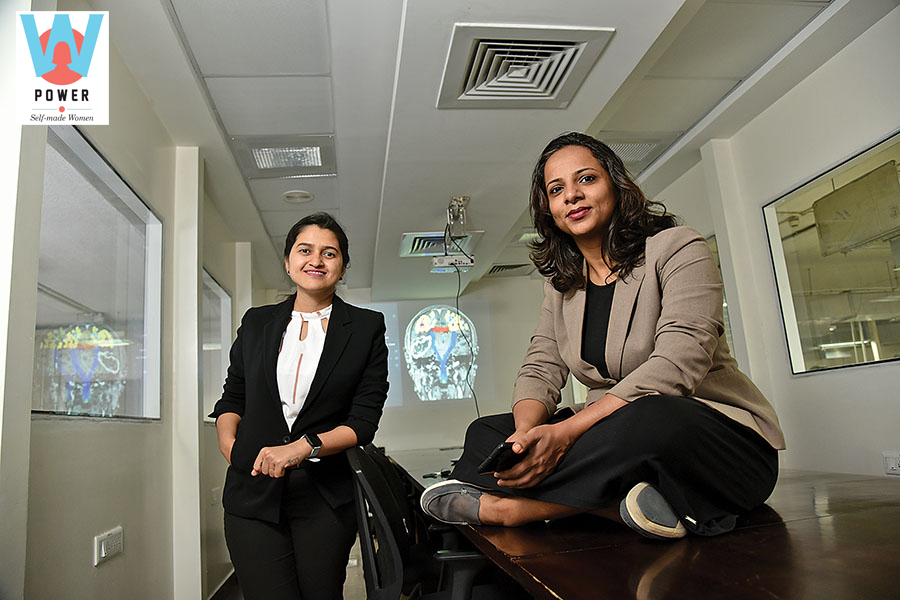 Laina Emmanuel and Rimjhim Agrawal are building a neuro-informatics platform that could equip brain surgeons and psychiatrists with vital information about their patientsRimjhim Agrawal has a PhD from the National Institute of Mental Health and Neuro Sciences (Nimhans), and is a researcher who has studied the application of artificial intelligence (AI) and machine learning (ML) to the problems of mental health. Laina Emmanuel is a technologist who has worked with large tech companies as well as governments on the use of tech in health care.

An entrepreneurship programme at UK-based startup accelerator and investment firm Entrepreneur First brought them together, and thus was born their deep tech startup BrainSightAI, which is developing a neuro-informatics platform. BrainSightAI’s software is helping neurosurgeons to be better prepared and psychiatrists to get a better idea of what’s going on in their patients’ minds.

The neuro-informatics platform is called VoxelBox, and “it allows you to create something like a Google map of the brain”, says Emmanuel, who is CEO. The seed of the venture was in a research paper that Agrawal had published—on studying schizophrenia using scans of the brain with a technique called functional magnetic resonance imaging.

While there is a plethora of brain signals that they study, “one important area of focus is brain activity locally, and how one part of the brain is talking to another part—called functional connectivity”, Agrawal, the CTO, explains.

A government grant also helped to expand their study into dementia, but multiple requests from neurosurgeons—who wanted a better look into specific brain patterns of their patients ahead of surgeries—gave the entrepreneur duo a more immediate opportunity to put VoxelBox into use. 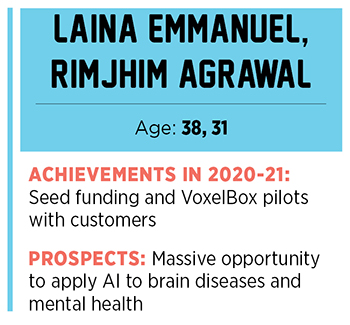 At the heart of the platform are four technologies coming together. The first is about signal processing that looks at how the 86 billion neurone inside the human brain network and communicate, and the patterns that emerge. Then comes an AI software applied to the patterns to match them against known indicators of various ailments such as dementia and Alzheimer’s, for example. The third part is about translating the results of the complex math done by the AI software to a visual representation that the surgeons can recognise and interpret. And finally, the future is about 3D simulation using this math to try and predict how a patient will respond to a particular therapy.

In the case of psychiatry, BrainSight has applied its technology to mental diseases such as schizophrenia and bipolar disorder. This is where the technology begins to push the envelope, with the AI software surfacing “markers” that could indicate garbled connections between different parts of the brain, which is a first step towards the day when such disconnects can be repaired.

With Emmanuel’s work at Clinton Health Access Initiative—an international development organisation focussed on health care—and Agrawal’s research on ML applications in mental health at Nimhans, “we felt they presented as a very strong founding team with complementary skillsets and they were addressing a global unmet need”, says Akshat Shah, a venture capital investor and member of the investment committee at Stanford Angels and Entrepreneurs. “However, it was their ‘customer first’ mindset that convinced us to take the leap and back their vision.”

Entrepreneur First got BrainSight off the ground with a $55,000 pre-seed cheque, while Stanford Angels and investors, including Redstart Labs and IKP, added $750,000 in seed money.

Given the complexity and limitations in current imaging technologies, the human brain continues to be an under-explored organ, Shah points out. “We believe that BrainSight, using a multi-modality approach, is building a truly full-stack, connected model of the brain that will enable several disciplines—precision therapeutics development, early clinical diagnostics, and better surgical interventions—to leapfrog,” he says.

Emmanuel offers an example. Thus far, AI applied to mental health has focussed on people’s reaction to external factors and triggers. BrainSight’s technology also takes into account what might be happening inside the brain, to try and get a more comprehensive understanding of what’s happening with someone suffering from a mental health problem.

Similarly in neurosurgery, much of the application of AI thus far has been on the structural aspects of the brain, such as demarcating a tumour better, for example. “We are one of the few companies in the world today applying AI to the functional aspects,” Emmanuel says.

Tweets by @forbesindia
Dr Jayanti Shastri: One step ahead of Covid-19 variants
"Time is money" for high net-worth individuals and institutions trading in Crypto Assets