Shah's Kinara Capital works on financial inclusion and has led to an incremental income generation of Rs 700 crore for small business entrepreneurs, and led to more than 250,000 jobs created or sustained 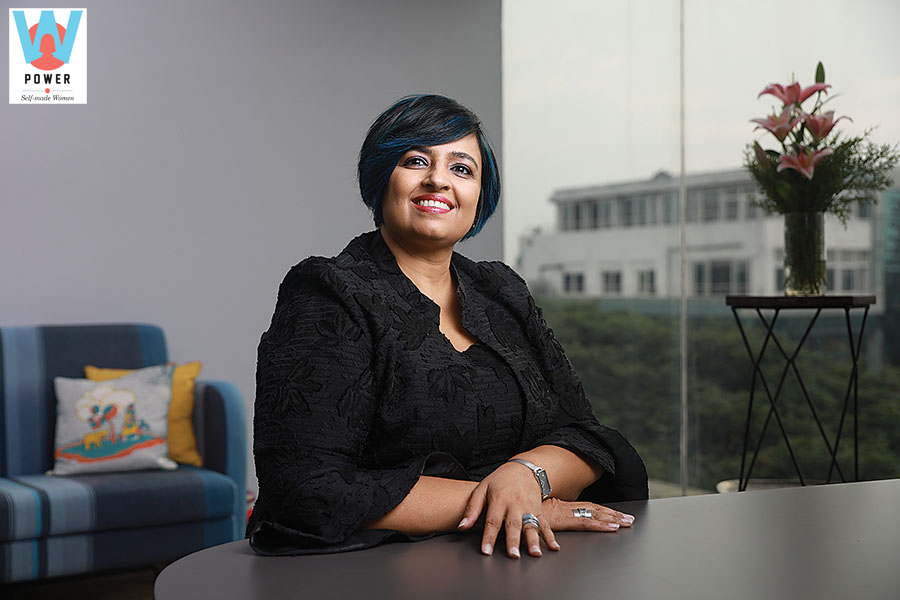 In 2014, Iswarya and Mohan Babu set up Mukund Automats, an automobile parts manufacturing business, but the first-generation entrepreneurs struggled to run it without a loan. The Bengaluru-based couple poured in their savings into buying some machines and hiring three workers. After struggling for a few years, they came across Kinara Capital, a fintech non-banking financial company (NBFC).

In January 2016, they secured a loan of ₹7.25 lakh from Kinara Capital. “After that, we grew and grew. We now employ 50 people. Our monthly turnover is ₹30 to 40 lakh,” says Iswarya. When the business expanded suddenly, they needed some more capital. Mohan adds, “Even with a running loan, Kinara Capital was willing to provide us with a second loan.”

This is only one of the many small businesses Kinara has helped grow. The social impact of the NBFC’s financial inclusion work has led to an incremental income generation of ₹700 crore for small business entrepreneurs, and led to more than 250,000 jobs created or sustained, says the company. “This,” says Hardika Shah, founder and CEO, “was our mission from the very beginning and, over the last 10 years, we haven’t wavered from it.”

Growing up in a middle-class Gujarati family in Mumbai, Shah saw her mother struggle to raise capital for her small business. At 17, she left to pursue her undergraduation in computer science from Knox College in Illinois, USA. After completing an MBA from a joint programme between Columbia Business School and UC Berkeley’s Haas School of Business, she joined Accenture. She was also working as a pro-bono mentor at top social entrepreneurship programmes, including at Santa Clara and Stanford University, where she was often reminded of the challenges her mom faced in raising capital.

Around 2011, she started talking to experts about lending for small businesses in India. “I realised there was a gaping hole in how small business lending is addressed in India. That pushed me to pack up my life in the US and move to India,” says Shah. Soon after, she set up Kinara Capital, a fintech NBFC headquartered in Bengaluru, which has now grown to 110 branches across six states and ₹1,000 crore in assets under management (AUM). 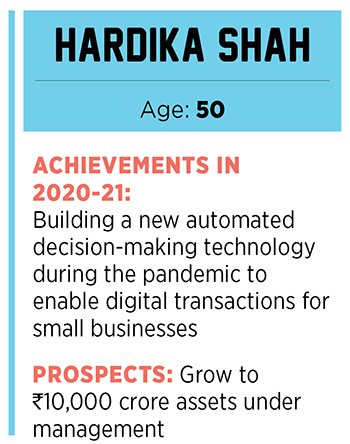 While gauging the trust of SMEs was relatively easier, finding lenders and investors to trust her business model was a task. She recalls, “They would question ‘how can unsecured business lending work?’ The second was getting them to take that leap of faith on Hardika the promoter, who had moved to India after 23 years with no direct financial services experience.” It took a few early believers—mainly social impact investment funds like Michael & Susan Dell Foundation and Patamar Capital—to help Kinara get started. Once Kinara turned profitable, it started getting private equity capital from funds like Gaja Capital and Gawa Capital.

“What attracted us to Kinara was its unique proposition of underwriting business loans to the micro MSME sector. This solves a big problem—small businesses being unable to borrow from the organised sector without collateral,” says Ranjit Shah, managing partner, Gaja Capital. What makes Kinara’s model so unique is the fact that the loans are for small amounts—an average loan amount is ₹3-4 lakh—and provided fast, now in less than a day.

The pandemic, and especially the second wave, led to an almost 15 percent dip in the organisation’s loan disbursements. However, due to its agility and innovation, Kinara managed to recover all that in the last six to eight months.

“Hardika has steered the company through various challenges faced by MSME lenders like demonetisation, IL&FS-driven liquidity crises  and more recently Covid, and stayed true to its vision of democratising credit,” adds Ranjit of Gaja Capital.

The pandemic pushed Kinara to make a digital shift too. Kinara’s customers during the pandemic started requesting it to make payments digitally, and while they had the option of paying via the website over a span of four weeks, Kinara was registered on 400 payment gateway applications right in the middle of the pandemic.

Additionally, the team has been toying with the idea of giving MSMEs direct access to its loan process built with data-driven automated credit-decisioning  via artificial intelligence and machine learning. “We had been building this for some time, this [pandemic] became the perfect storm to make it happen. Four months into the pandemic, we rolled out a whole new digital loan processing technology that reduces human dependency with digitised processes such as eKYC or digital signing,” says Shah, 50.

The market opportunity is huge, but Shah reckons the challenge is to grow in a sustainable way and focus on reaching an AUM of ₹10,000 crore.

Apart from the challenges she faced as a young entrepreneur, she continues to battle sexism in the male-dominated banking and finance sector. On bad days, she just tells herself, “Gotta get through the night, because tomorrow is another day to fight.”

Shah reckons only 3 percent of the world’s equity capital is going to women founders. She made the conscious decision of having a majority of women in her management team. Kinara has also set up the HerVikas programme for women entrepreneurs. “We don’t insist them to have their male relatives sign documents. We also give women an upfront discount on interest rates so they know they’re getting a benefit for being a woman entrepreneur,” explains Shah. So far, Kinara has disbursed $15 million in HerVikas loans.

Shah flaunts her blue hair with pride. “Women need to own the room, in whatever way you are comfortable with, for me… it’s the blue hair for now,” she laughs.