Paperless tickets, sanitisation cabinets, empty seats—PVR Cinemas CEO Gautam Dutta talks about why cinemas must reopen and with what precautions, and what they can achieve against OTT rivals once back in the race 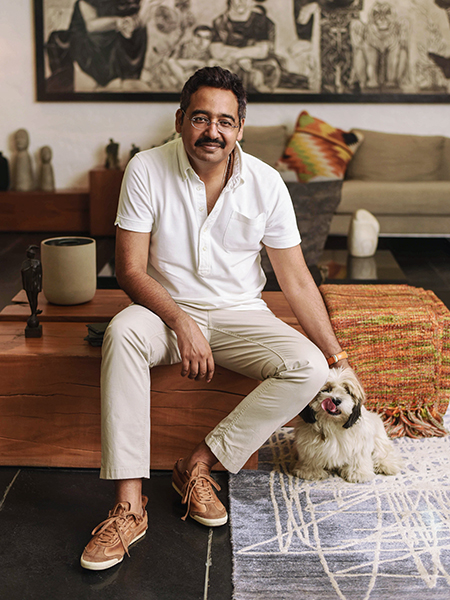 The Multiplex Association of India (MAI) on September 15 appealed to the government—via advertisements in newspapers and on social media—to allow theatres to reopen. The cinema exhibition industry is estimated to have lost close to Rs9,000 crore in the six months of lockdown. The advertisement says over 84 countries, including China, the UK and US, among others, have opened theatres while maintaining safety protocols and got an encouraging response. Gautam Dutta, CEO of PVR Cinemas—a member of MAI—talks to Forbes India about how badly India’s cinema owners have been affected. Edited excerpts: How bad is the situation for the cinema industry?
The revenues have been zero. About 3,500 to 4,000 people had to be laid off, and certain services like housekeeping and security had to suffer the most. Now that malls are back in action, we are hoping that we get a nod from the government to reopen. How has PVR managed to survive in this period?
It's been difficult. The team came together to make a plan to help us get through the circumstances… the senior management was the first to take a voluntary salary cut. For the first two months, we completely insulated our staff. But as days and months went by, the cuts became slightly heavier.   Why is reopening of cinemas taking so long?
I think it's perception, but defeats logic. I feel the government has taken a precautionary step and we respect the decision. But we need to move forward. Our appeal was to draw attention to the film industry and to say we are suffering. There are livelihoods of a lot of people involved and the industry has taken a lot of brunt in the last six months. What kind of procedures are likely to be followed once cinemas reopen?
Paperless tickets, sanitisers and masks for staff as well as patrons will be in place. We have sanitisation cabinets where all packaging and food will get sanitised. We have recommended that one seat should be left vacant for a group of five. We have also imported an anti-bacterial film, which is wrapped on every handle and lift buttons.  There is a constant comparison between OTT platforms and cinema halls. Your thoughts.
We are out of the race, let us get back in the race and we'll show you what happens. India is an entertainment-starved country and cinema is the cheapest form of entertainment. Currently, most people are grudgingly watching movies at home because there is no option. This is just a phase. In a week we get 10 to 15 new films in India, and we've got only 33 releases so far across OTT platforms. Every artiste in this country and world wants to see his film on the big screen… that's the magic of the big screen. How long will it take for business to bounce back?
As per our market research—sample size of 25,000—about 80 percent of consumers are dying to get back to cinemas. This would be the first batch—the low-hanging fruit. The second batch would be people who will wait for some big release to come in and the third will be the most cautious ones. We are confident that between these three groups we will be able to get audiences to cinemas anywhere between four and seven weeks of cinemas reopening. Converting losses into profits, however, will be a gradual process. Currently, our focus is getting back to action.