Our Losses Are Mounting Every Day: PVR's Sanjeev Bijli

The Joint MD of PVR Cinemas tells Forbes India that they are 'constantly appealing' to producers not to release films directly on OTT platforms. Edited excerpts: 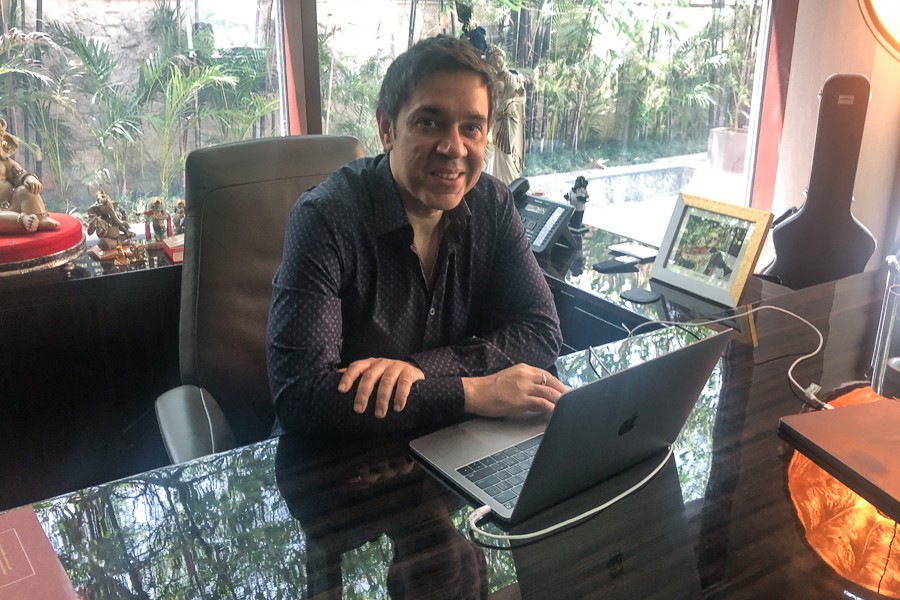 Sanjeev Kumar Bijli, joint managing director, PVR Ltd, and his team have been working on liquidity management, government relationships, with the film industry, as well as on customer engagement and operations
Q. Theatres were the first to shut down in the wake of the coronavirus. What was your immediate plan of action? By March 17, all state governments had issued a letter to shut cinemas and an official lockdown was announced a few days later. It was sudden and there wasn't much that one could do in terms of planning… no one knew what we were dealing with or how long the lockdown would last. We asked our employees to stay safe at their homes. Once we realised that the first lockdown would be for 21 days, we got our core team together and started discussing our strategy going forward. Our first priority was liquidity management. While our revenues were zero, we still had monthly fixed costs… the question was how do we manage those. We formed five task teams, with each taking care of a particular function or stakeholder—liquidity management, government relationships, film industry, customer engagement and operations team.

Q. How difficult has it been to sustain during a time like this? It is extremely difficult for any business which is asked to shut down abruptly. This is not something anyone thinks of in their wildest projections or strategies. We began engaging with our stakeholders to find ways to reduce our fixed costs. Rent is an ongoing discussion with mall developers… although it continues to be a fixed cost, we are trying to reduce it as much as possible. A lot of battles had to be fought and strategies put together. Q. What were some of the tough calls you had to make about salary cuts and layoffs? We are fortunate that our corporate team and staff voluntarily took a pay cut. We had to let go of our off-roll employees because we had no choice… there was no point having housekeeping and security staff when cinema halls were not operational. We had to lay off 1,200-1,500 people. Human resource is the most important resource for any organisation and it is the toughest decision, but it had to be done. Q. What kind of government intervention are you expecting? As of now, we are disappointed that our business has got no relief whatsoever. But we still remain hopeful. We got a few relief [packages] from the government of Maharashtra and Madhya Pradesh on electricity demand charges being waived, which doesn't amount to much. But every rupee counts, so I am not complaining... it would be nice if we could get that from all state governments. Other than that, we are hoping that the government can give us some soft loans, moratoriums on loans, some GST reduction and other sops. Even airlines have opened, but we are still waiting. Our losses are mounting with every passing day. Q. Your views on the digital-first release of movies… We are married to each other—the producers and us; our relationship is co-existent, we can’t do without each other. This is a calamity caused by this pandemic, where nobody has an idea of the losses the other is bearing… everyone is in the same boat—my losses aren't greater than theirs or vice versa. We are all suffering, so it’s important to come together in solidarity. We are making an appeal to them, consistently, not to sell to OTT platforms. They also know that they didn't make movies for OTT platforms; they made them for the big screen and no director, producer or actor likes to release their movie straight on OTT. They lose a chunk of theatrical revenue, which is close to 60 percent of revenue. Additionally, they miss out on that whole euphoria of a film being enjoyed by audiences/critics and the community at large. I think they are also restless and helpless like us and waiting for screens to open. It's a matter of survival… it’s mostly because of financial reasons since they have a lot of costs that need to be covered. And they have no clarity on when cinemas will open. I’m sure once theatres open, they will want their films to be released on the big screen. So this is temporary… the world has been through many such disruptions, be it wars or the Spanish flu. We are resilient and we will come out of it, and be back in cinemas sooner than we anticipate. Q. How long will it take for you to recover from these losses? It will be a slow start and slow burn for us in the first four to six weeks after reopening. People will take time to come back to the cinemas. They will probably start coming in when a big film releases. We will have to be patient and give them the confidence that we are safe, secure and are following all sorts of safety and hygiene protocols. However, we will have to keep our costs low for the next two-three quarters, so that we are not hit badly by this recovery phase. Q. How will the experience of watching a movie change? Once everything reopens, we will have to be careful with whatever we do. The way we consume things will be different, including the way you go to cinemas. At the box office, there will be no cash transactions… you can buy tickets online and people had been doing that anyway. The QR code on the ticket can be scanned at the entrance and the guard will check your temperature. In terms of security, there will only be Door Frame Metal Detectors; there will be no hand-held devices to check patrons. When it comes to food and beverage, we will be focusing on our hero items only, including popcorn, cold drinks and nachos… no cash will be accepted. There will be pedal hand sanitisers everywhere; even the toilets will have sensor-based handwash and water.

Tweets by @forbesindia
Carmakers launch new models amid lockdown
'Fear brings out a new side in people': Day in the life of a domestic worker