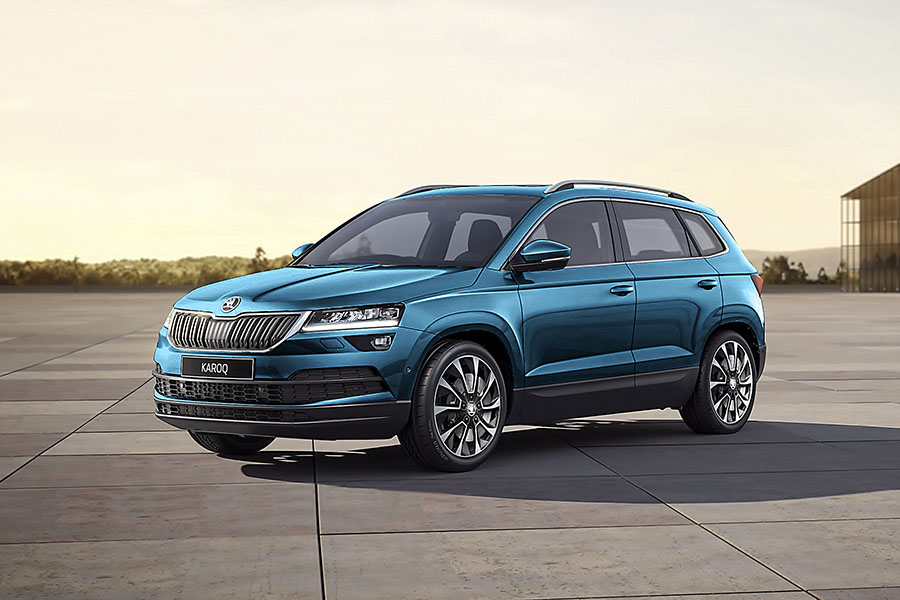 
Following the nationwide lockdown announced in March, automobile sales for that month fell by 51 percent, followed by zero sales in April. The Society of Indian Automobile Manufacturers said the industry was losing ₹2,300 crore in production turnover for every day of closure.

Yet, auto companies have gone ahead with the launch of new vehicles or upgrades. The Skoda Karoq (in photo), variants of the Volkswagen Polo and Vento, the new Datsun Go and Go+, the latest BMW 8 series, the Mercedes-AMG GT R, Toyota Camry, and the recent Hyundai Verna were launched during the lockdown. The industry hopes the launches will help revive consumer sentiments.

“Product launch plans are part of a long-term business strategy,” says a Hyundai Motors spokesperson. “The production plan is in sync with business plans and is dependent on vendors and supply chains. In case of unforeseen circumstances, sales plans are altered, keeping product launches and production plans in place.”

“Much of the decision to continue with launches was because the lifecycle of an automobile is decided in advance,” says Vinay Piparsania, consulting director–automotive at Counterpoint Technology Market Research. “Any upsets or deviation could have serious implications because the entire ecosystem and supply chain are involved. There is room to manoeuvre for a month or two, but not more than that.”

The new launches were in line with the government-mandated shift to BS VI engines. “Typically, January, April and October are the best months to launch a vehicle,” says Arun Malhotra, former managing director of Nissan India. “That’s because it’s New Year, the new financial year and the festive season. Many upgrades were to BS VI engines or petrol variants. So, there was no reason to delay their launches.”

Carmakers believe newer models will now hit the market only by August or September when the economy could see some revival.

Vehicles such as the next-generation Honda City, Toyota’s Urban Cruiser, MG Gloster and Kia Sonet are expected to be launched later this year. But the industry could also be in for some significant changes by then. “Personal mobility will take precedence and people will buy accessible and affordable cars,” says Steffen Knapp, head, Volkswagen Passenger Cars India. “The used-car market has been growing and we will see significant purchases for those.”

Tweets by @forbes_india
Photo of the Day: Mumbai Police stands guard
Our Losses Are Mounting Every Day: PVR's Sanjeev Bijli