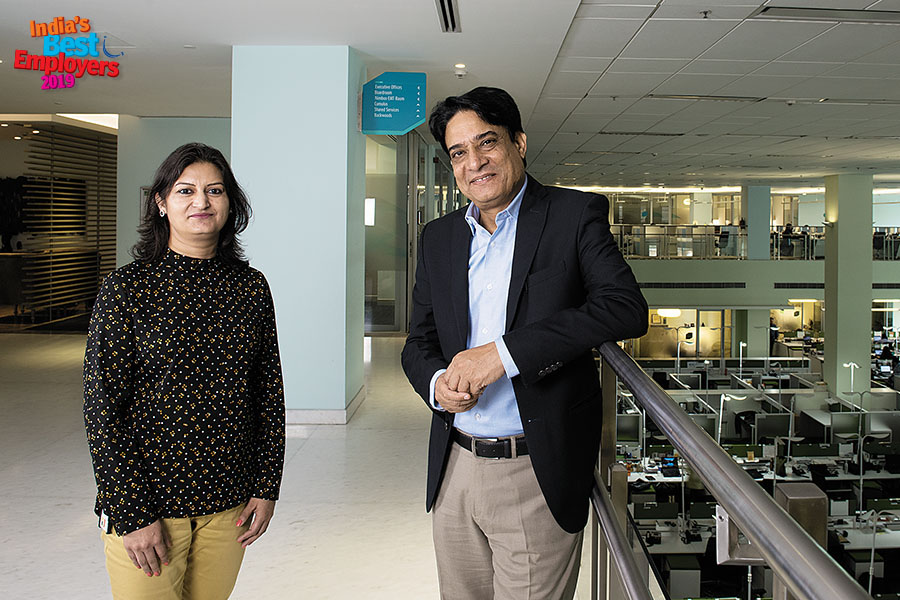 It’s not often that a manufacturing company finds itself among India’s best employers. More so, when the company had been owned by the government for 36 years. Yet, Bharat Aluminum Company (Balco), with its 8,000 direct and indirect employees, is an exception.

“That’s because our DNA has been such that we give utmost importance to safety,” says Vikas Sharma, CEO of Balco. “We are a natural resources company, and for us the planet, people and profitability are the pillars on which we work.”

Delhi-headquartered Balco manufactures and sells aluminum and alloy products. It was among the first public companies in India to be privatised when the government began the process of disinvestment about two decades ago. It was taken over by London-listed Vedanta Resources in 2001. “There was resistance in the beginning,” says Madhu Srivastava, chief human resources officer (CHRO)at Vedanta. “But the moment they saw results, particularly in terms of the output and practices, they found merit in what we were doing.”

At the core of the transformation is the group’s focus on deep engagement with employees, particularly since the company hires a large number of freshers from the IITs and IIMs. “People are critical to us. We develop them, make them leaders of tomorrow. The idea is that eventually, things have to be sustainable, and in a much better manner than how we inherited [them],” says Sharma.

Upon joining the executive category, many employees are assigned to a senior leader who mentors them. “We have a 360-degree competency map, we create their development programmes and hand them over to mentors,” says Srivastava.

Safety, safety, safety
Being engaged in hardcore manufacturing means the primary focus continues to be at the factory level. An incredible amount of attention is placed on ensuring safety standards, while also engaging with local communities.

Employees have to compulsorily wear safety gear, including jackets and shoes, while at work. Employees are not allowed inside the plants without a mandatory, free annual health check-up. Senior officials, including chief financial officers, conduct a weekly or fortnightly safety inspection of the factories. “We always start our meetings by talking about safety. If people are not safe, nothing is safe,” says Sharma.

Balco claims its attrition rate is around 9 percent, while the industry average is close to 7 percent. Employees attend townhalls every quarter, which are conducted to understand performances, assess safety standards and communicate key goals. “Communication is key,” says Sharma. “We have to keep repeating the importance of safety so that people always remember that.”

But, it’s not always easy when employees have to shift to the interiors of the country since many plants are located there. Vedanta has established a practice of rotation, and moves employees within the organisation to different locations. The parent company manufactures zinc, copper, iron ore, among others metals, and has factories across India. “Every new job opening has to be mandatorily announced internally first. Across Vedanta, there are some 15,000 executives, and they are the first ones to be aware of openings,” says Srivastava. “We also have a practice of compulsorily moving people every three or four years so that it doesn’t get monotonous.”

Sharma himself  has risen through the ranks. He had joined Vedanta Group as a location head in Hindustan Zinc Ltd (a group company) at Chanderiya, Rajasthan, in 2012. In 2017, he was appointed as Balco’s CEO. 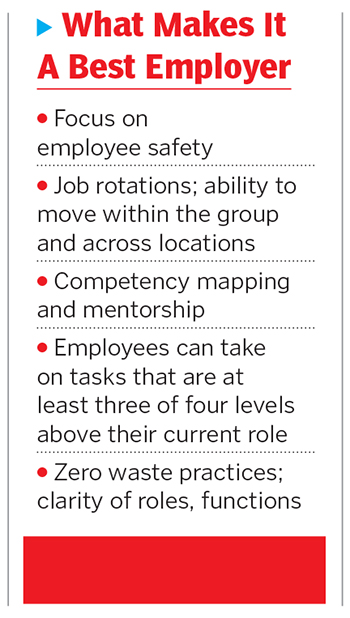 Challenging workplace
Balco offers a programme in which over 150 eligible participants are assessed as part of the ‘Act-Up’ process. Roughly 40 percent of eligible candidates are selected as ‘stars’, and are once again scrutinised to be part of a chairman’s workshop initiative that accelerates their career growth. Some employees are offered projects that are three or four levels above their current level to improve accountability. This work culture is developed across the Vedanta group. If an employee misses out on being a ‘star’ in a particular year, they can apply next year.

“Vedanta is a unique company,” says R Suresh, managing director of Insist, a boutique search and consulting firm. “They have good clarity in terms of their roles, and nothing is kept in a limbo. The deliverables are quite clear and there is no bureaucracy. The company offers abundant challenges that lead to a sense of accomplishment. The top management is very passionate about their business.” The company has a ‘zero harm, zero wastage and zero discharge’ policy, where employees are sensitised about environmental accountability.

Balco also encourages the hiring of spouses for relevant openings. “We call ourselves a manufacturing company, but we go to every multinational, including Facebook, Google and Unilever, to find the best benchmarks and follow it up,” says Srivastava. At present, 12 percent of Balco’s employees are women,  and the company wants to ramp it up to 33 percent in the next few years.

“People want a meaty and challenging role and Vedanta gives that. Then when you want to move [to other departments or locations], we facilitate that,” says Srivastava.

With automation taking over the world, how difficult will it be to retain manpower? Sharma says, “We are skilling people in the villages, teaching and training them across areas such as welding, hospitality, and computer science so that they can be self-employed.”

Tweets by @forbesindia
How Bajaj Finance is building bridges for its workforce
Sushma Swaraj's illustrious career, in a snapshot