With India showing the potential to become the third-largest automobile market in the world, car makers from China are revving up to sell their vehicles here 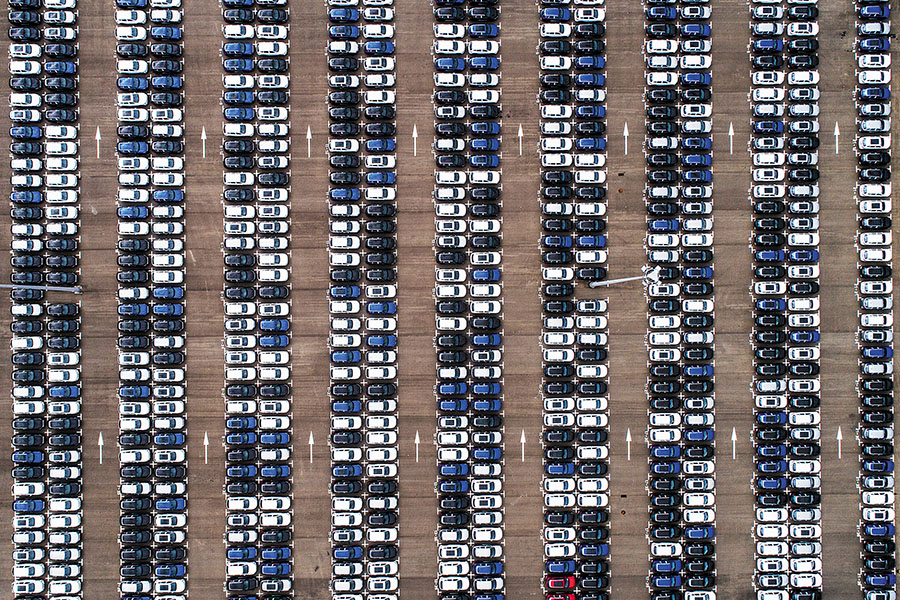 
A Chinese storm is approaching India’s automobile sector and it has the potential to change its landscape forever. The automobile industry in India is dominated by homegrown automobile manufacturers in addition to Korean and Japanese brands. However, at the Auto Expo this year, two of China’s biggest carmakers—Great Wall Motors (GWM) and FAW Haima—announced their intention to sell vehicles in India, across segments, entering into even the fledgling electric vehicle (EV) market. Many more are planning a similar foray into the world’s fourth-largest automobile industry.

GWM, China’s largest sports vehicle manufacturer, showcased its Haval range of SUVs at the Auto Expo, in addition to the GWM EV. FAW Haima showcased the FAW Haima 8S and 7X SUVs, and has firmed up plans with Delhi-based Bird Group to launch an EV priced at less than Rs 10 lakh. In all, Chinese carmakers exhibited more than 20 models at the Auto Expo. Shanghai-headquartered SAIC Motor has already been selling MG cars in India since last year. Changan Automobiles, a car maker owned by the China government, is also likely to begin operations in India by 2022, apart from other companies like Chery Automobile based in Wuhu and the Geely Auto Group from Hong Kong. Their planned entry comes at a time when India’s automobile sales declined by 16 percent between April 2019 and February 2020. China also saw its market shrink, with vehicle sales falling by over 8 percent in 2019, forcing companies to look outside the world’s second-largest automobile market, which is behind only the US. “India is expected to be the third-largest automotive market [overtaking Japan] by 2025 and it is a critical part of Great Wall Motors’ globalisation strategy,” Hardeep Singh Brar, director, marketing and sales, Great Wall Motors, tells Forbes India. “India is undoubtedly one of the most promising auto markets in the world. For foreign investors, the favourable investment environment in India enables it to be their preferred destination for direct investment,” he says, explaining that the Baoding-headquartered company has been paying attention to and studying India “with an objective of executing investment plans”. According to government think-tank Niti Aayog, only 22 out of 1,000 people own a car in India [compared to 980 in the US and 850 in the UK]. The increasing number of first-time users enhance India’s potential to become the world’s third-largest automobile industry over the next few years. 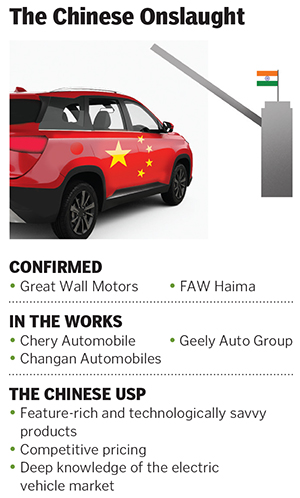 The government push toward electric mobility through policy changes has also opened avenues for Chinese manufacturers to tap into the Indian market. Apart from reducing GST on EVs from 12 percent to 5 percent last year, the government has provided an income tax deduction of Rs 1.5 lakh on interest paid on loans taken to buy EVs. It has also approved the setting up of 2,636 EV charging stations across 62 cities under the second phase of its FAME scheme. GWM has lined up investments worth $1 billion (Rs 7,500 crore) for India and purchased General Motors’ manufacturing facility in Talegaon near Pune in January for an estimated $250 million (Rs 1,800 crore). “SUVs are growing at a much faster pace than the rest of the segments and contribute more than 25 percent to the overall market [in India],” adds Brar. “GWM’s Haval is the number one SUV brand in China... and with the growth in the SUV segment, we feel this is the right time to enter India,” he says. “GWM started as early as 2016 when we launched our R&D centre in Bengaluru... now we will be setting our manufacturing facility in India.” Lining up India’s automobile industry is dominated by Maruti Suzuki, which controls nearly 50 percent of the market. Hyundai has 20 percent market share followed by others such as Kia Motors, Tata Motors and Mahindra. At the same time, many global car manufacturers, including Nissan [Japanese], Renault [French] and Volkswagen [German], haven’t been able to find much success in India in recent times. Much of the interest from Chinese auto makers—particularly at a time when American and European car makers are struggling to make inroads in India—comes at a time when SAIC-owned MG Motor India demonstrated the potential of the Indian market for Chinese companies. Since it set up operations here last June, the company has garnered over 50,000 bookings for its wildly popular SUV, Hector, with MG Motor India delivering some 3,000 units every month. At the Auto Expo, the company displayed 14 models. “Today, the Indian consumer does not care about the country of origin of a vehicle,” says Rajeev Chaba, president and managing director, MG Motor India. “They believe in value for money and are happy as long as their needs are fulfilled. Besides, the automobile industry is a global one, with parts being sourced from many places, and therefore a company isn’t specific to one region alone. Besides, having Chinese resources offer the best proposition.” In 2017, MG Motor India had taken over a manufacturing facility previously owned by General Motors in Halol, Gujarat, after the American car maker decided to call it quits in the Indian market due to floundering sales. The company spent over `2,200 crore on the acquisition of the facility and expanding its capacity. 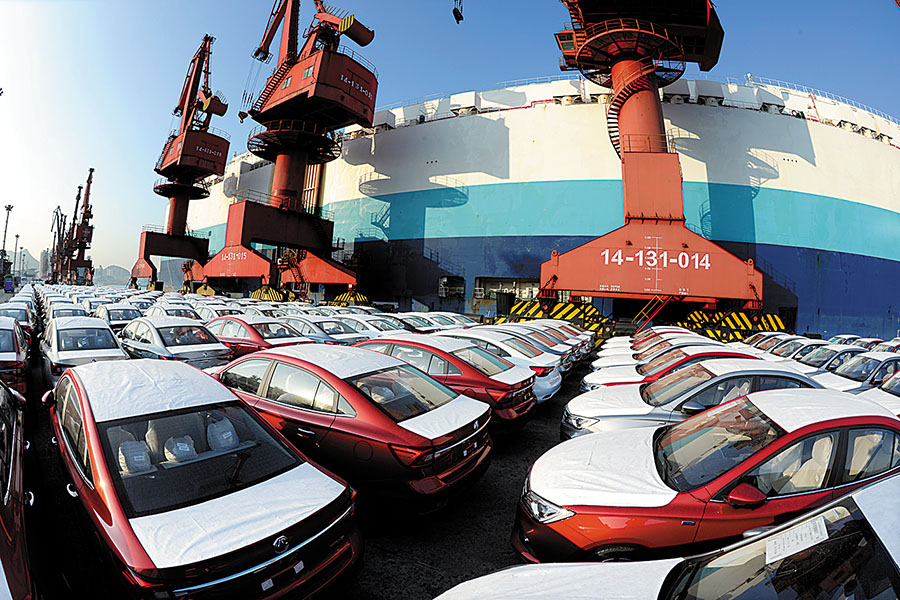