Central bank governor Shaktikanta Das cut the repo rate down by 75 basis points, and offered a three-month payment extension on loans and EMIs; experts say banks will lend more but worst-hit sectors might still be ignored 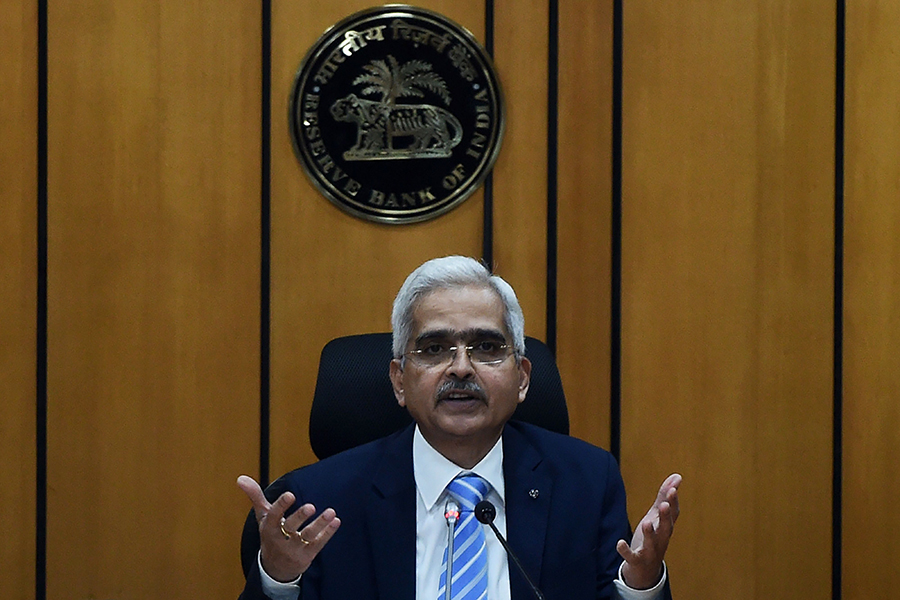 
The Reserve Bank of India, in an emergency move, announced on Friday steps to ease pressures on banks, individuals and corporates, at a time when business activity has come to a standstill due to the government-imposed lockdown to battle the Coronavirus pandemic.

The rate cut is seen as a token move to help boost growth for the economy, which has already been hurt by weak consumption demand. Das last cut rates in October 2019 and kept rates on hold in two successive monetary policy meetings since. India’s GDP grew at a 7-year-low of 3.7 percent for the quarter ended December 2019.

At a time when salaries are being lowered or delayed and job security is a huge concern, the RBI has given a three-month extension on payment of instalments (EMIs) and repayment of all loans that are outstanding as on March 31, 2020. The financial health of India’s banks has deteriorated in the past 5-7 years due to rising bad loans, both from the corporate and individual segments.

The CRR move, experts said, will give banks the flexibility to start lending more, at a time when small business houses and commercial establishments are starved of loans.

The CRR cut along with two additional measures—the auction of targeted long term repo operations of three-year tenor and the accommodation under marginal standing facility to be increased to 3 percent from the current 2 percent (till June 30)—all in effect till June 30 – will inject an additional Rs 3.74 lakh crore into India’s financial system.

“The RBI has been more aggressive than we anticipated them to be, when we consider the CRR cut, rate cut and the moratorium relief. It is definitely pushing banks to lend more,” Abheek Barua, chief economist at HDFC Bank told Forbes India.

These moves come just hours after Moody’s Investors Service slashed the projection for India’s growth to 2.5 percent from an earlier 5.3 percent.

Das has, however, declined to offer any growth and inflation forecasts due to the uncertain conditions the economy is going through. “Most sectors of India’s economy will be impacted by the intensity, spread and duration of the Coronavirus pandemic,” Das said.

But the governor also added: “Tough times don’t last. Tough people and tough institutions do,” expressing confidence that, if India’s people adhered to the policies imposed in the 21-day lockdown (which started Tuesday March 24 midnight), the country will emerge stronger.

India has 724 reported cases and 17 deaths so far due to the Coronavirus pandemic.

Earlier in the week—with the financial year coming to a close—she had announced a host of relaxations regarding regulatory compliances on income tax, customs and GST.

In view of the uncertainty, India’s main stock market indices, the 30-share BSE Sensex and the Nifty 50, have fallen by around 26 percent year-to-date. Foreign funds have, in 2020, pulled out funds worth $13.54 billion in equity and debt combined, after being net buyers in 2019 for a total of $19.52 billion.

Experts lauded Das’s moves but said there is unfinished agenda. “The policy measures are a great move. The CRR cut gives more liquidity for banks to lend aggressively to NBFCs and merchants. These moves are very important to help India tide over the next three months,” Sameer Narang, chief economist at Bank of Baroda told Forbes India.

But Barua said there was some incomplete business. Banks he said, may still be “reticent to lend to sectors which have been the hardest hit.” (These include the hospitality, aviation and tourism sectors)/ “Forbearance on loans is one part of the problem. The sectors need fiscal support and I fear that banks will still be squeamish to lend and help them tide over.” Hence additional fiscal measures are awaited to make the monetary policies work better.

At a glance: Actions by other central banks

Tweets by @forbes_india
China drives into India
Domestic workers clean our homes. Should we keep them out?