Domestic workers clean our homes. Should we keep them out?

The pandemic has caused deep concern among domestic workers who have lost once-steady gigs cleaning the homes of not only upper- and middle-class families, but also elderly and disabled people who are unable to scrub their own toilets and floors 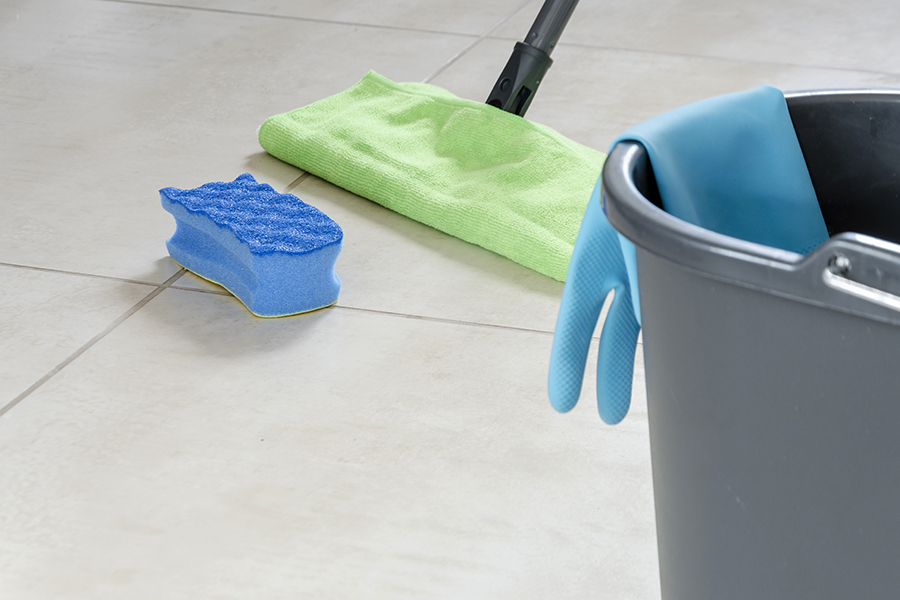 Public health officials have stressed the importance of keeping a clean house to prevent the spread of the coronavirus.

Yet people who rely on professional house cleaners are struggling over whether to keep the service or to cancel it to maintain social distance. Even doctors are conflicted.

Dr. Ashwani Garg, medical director of the physician assistant program at North Central College in Illinois, has children with asthma, but said he had decided not to stop his cleaning service. The worker his family employs wears protective foot gear, a mask and gloves while cleaning their home, he said.

“We have a slight amount of risk,” said Garg, who specializes in family and lifestyle medicine. “But we’re still having the cleaning lady come because it would make us feel less stressed and happy to have a clean home.”

Lisa Cuchara, a professor of biomedical sciences at Quinnipiac University, said that as “a germophobe,” she was limiting all interactions with people, including those armed with bleach and disinfectant wipes.

“I wouldn’t want people in my home,” she said. “Personally, I would take the stance of being more conservative because I want this to end sooner. The more lax we are, the longer this is going to go on.”

Layered on top of public health worries is an ethical question about whether wealthier customers who cancel their service should still pay house cleaners, who are often immigrants and low-wage workers. The pandemic has caused deep concern among domestic workers who have lost once-steady gigs cleaning the homes of not only upper- and middle-class families, but also elderly and disabled people who are unable to scrub their own toilets and floors.

Cindy Bauccio, who has been cleaning houses since 2004, said she had had repeated cancellations in the last two weeks.

“I’m not losing clients, I’m losing business,” said Bauccio, who lives in Dingmans Ferry, Pennsylvania, and has many elderly clients who are unable to clean their homes but have canceled anyway.

“They’d rather be on the safe side,” she said. “And I understand: They’re scared of what’s happening.”

Bauccio rarely leaves the house except to work and interacts only with her husband, she said, who is unemployed and also stays at home. The couple relies on her housekeeping jobs.

“I’m worrying about paying the mortgage, never mind putting food on the table,” she said.

Cuchara said that compared with other service workers who might come into a house, a cleaner is certainly safer.

“They have to worry about infectious disease all the time,” she said. “I think it seems that they’re the most prepared than all of us to deal with it. It’s tough to know where to draw the line. We’re doing takeout and delivery and not testing the food workers.”

The National Domestic Workers Alliance, an advocacy group, has recommended that house cleaners stop entering private homes for the duration of the crisis to protect themselves and clients.

“The kind thing to do, if you are a person of means, is to pay them what you normally would this month knowing that when they will come back to work, they will be happy to come back to your home and continue to build a long-term working relationship together,” the organization said in a statement. “The best thing for everyone’s health is stay home to slow the spread of the virus, and that includes supporting domestic workers so that they can stay at home.”

Garg said he had cut down on the risk by providing his own cleaning supplies. He and his family stay 7 feet away from the house cleaner as she mops, sweeps and vacuums to keep her — and themselves — safe.

Garg said he was also motivated to keep his house cleaner employed.

“I would say it’s an essential service because cleaning the home is part of health,” he said.

Still, while a clean home relieves stress for him, Garg said those who would be too worried having their regular cleaner in the house should pause the service.

“Mental health is still important,” he said. “Everyone has to find their sweet spot.”

Stress is a valid consideration in the decision to keep or cancel cleaning services, according to K.C. Rondello, a disaster epidemiologist and professor at the College of Nursing and Public Health at Adelphi University in New York.

Rondello said he was pausing his house cleaning service for now, but would continue to pay his cleaner until he feels it is safe for her to return.

“This is a person you’re inviting into your most intimate space,” he said. “The reason we quarantine people at home is because we are trying to keep them in a safe place that is separated from the risks of the outside world.”

When you invite any outsider into the home you are increasing that risk incrementally, Rondello said.

He added, “Each time, it’s another roll of the dice in terms of whether you’re going to be exposed.”