The one who turns hopes into life 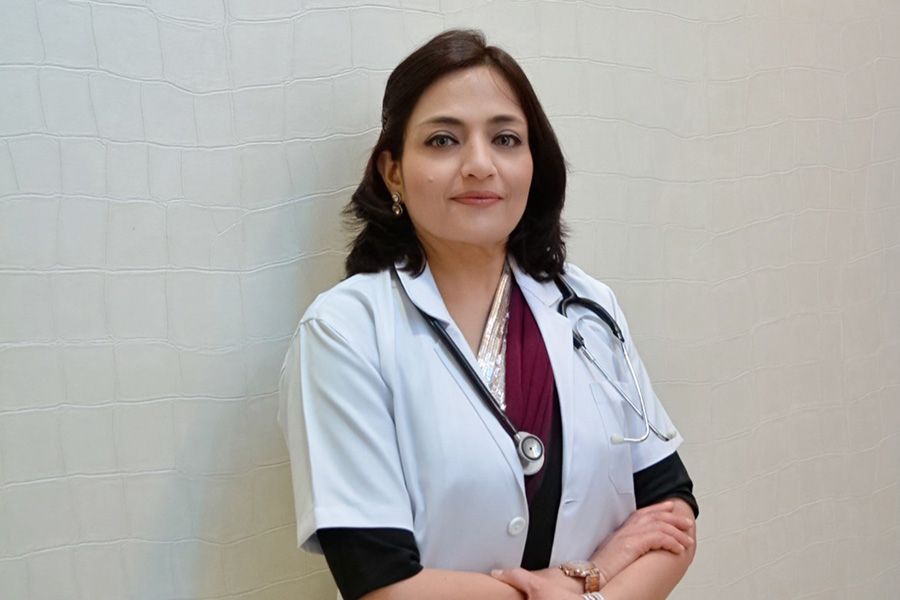 She believes in turning hopes into life—Dr. Sumita Sofat MBBS, MD (0bstetrics and Gynecology) has been dedicated to the noble cause of gifting the joy of a child and parenthood to infertile couples. One of the pioneers of ICSI and IVF in Ludhiana, Dr. Sumita Sofat set-up her hospital two decades back, which has been named amongst the best IVF centres in Punjab. Despite not having a medical background her tyrst with medicine began in early childhood. Undeterred by hurdles, armed with a strong vision and will, she became a renowned Gynaecologist and Infertility Specialist. Scientific Director of Sofat Infertility and Women Care Centre, Director of Sofat Diagnostics and Cancer Detection Centre, and In charge of Dr Sumita Sofat Hospital, she has a commendable number of successfully delivered ICSI and test-tube babies to her credit. Besides working extensively towards developing and training specialists in the field of infertility, she has given innumerable lectures at national and international conferences, and hands-on training workshops in infertility (recognis ed by The Federation of Obstetric and Gynaecological Societies of India). Touching the lives of many infertile couples she has been taking initiatives to organise awareness camps to dispel myths about infertility and drug de-addiction; campaigns about women hygiene and incorrect practice of female foeticide; and charitable work to help poor patients and give them free treatment and medicines to help achieve motherhood since 1997 and make them aware of drugs and steroids which cause infertility. She is an esteemed member of Indian Medical Association (IMA), Indian Fertility Society (IFS) and State Coordinator of Indian Academy of Human Reproduction (IAHR). She is associated with the Society for Paraplegic People to aid people with spinal cord injuries enjoy parenthood. MILESTONES ACHIEVED Being the first qualified Gynecologist to start a dedicated, state of the art Test Tube Baby Centre in Punjab, she subsequently gave Punjab its first child born through the technique of Laser Hatching. She introduced Testicular Tissue Freezing technique for obstructive azospermic men and cadaver patients to prevent multiple surgical procedures for men with nil sperms and help a lady achieve motherhood after her husband’s death, respectively. Developing Oocyte Donation technique for menopausal and premature ovarian failure females is also credited to her along with helping an elderly couples achieve parenthood. She introduced the concept of Uterine Balloon Therapy, which helped control excessive uterine bleeding in females without the removal of uterus. Her Infertility Unit has dedicated and trained in-house Embryologists for IVF patients; and was the first of its kind in Punjab to have a Modular Test-tube Baby Lab with climate control and positive pressure unit to increase the success rate of IVF. REACHING INTERNATIONAL SHORES She presented her study on Role of GCSF to Increase Endometrial Thickness and Recurrent Implantation Failure in Spain at the 4th International Congress of Gynaecology and Obstetrics in 2016. She represented the country at 7th World Gene Convention—discussed about DNA Test, Amniocentesis and Paternity Testing in India—in November 2016 in Shanghai, China. ACCOLADES: Awarded young scientist award by World Association of Reproductive Medicine in Rome. Recently she was felicitated with the title of Honorary Professor of the Academic Union Oxford, UK. Received Socrates Nomination from Oxford UK by European Medical Association. Honoured in Dubai for being a leader in Infertility in India by Sheikh Jashanmal Felicitated several times by prestigious names for her charitable work, training programmes and meritorious services in the field of Infertility, including awards from Chief Minister of Punjab, Health Minister of Punjab, Health Minister of India and Governor of Punjab. Applauded for organising one of North India’s biggestTest Tube Baby Show. Awarded for her work in Infertility by the President of the Indian Academy of Human Reproduction. Disclaimer: The views, suggestions and opinions expressed here are the sole responsibility of the experts. No Forbes India journalist was involved in the writing and production of this article.

Tweets by @forbes_india
Domestic workers clean our homes. Should we keep them out?
Moratorium on loans: What this means and other FAQs