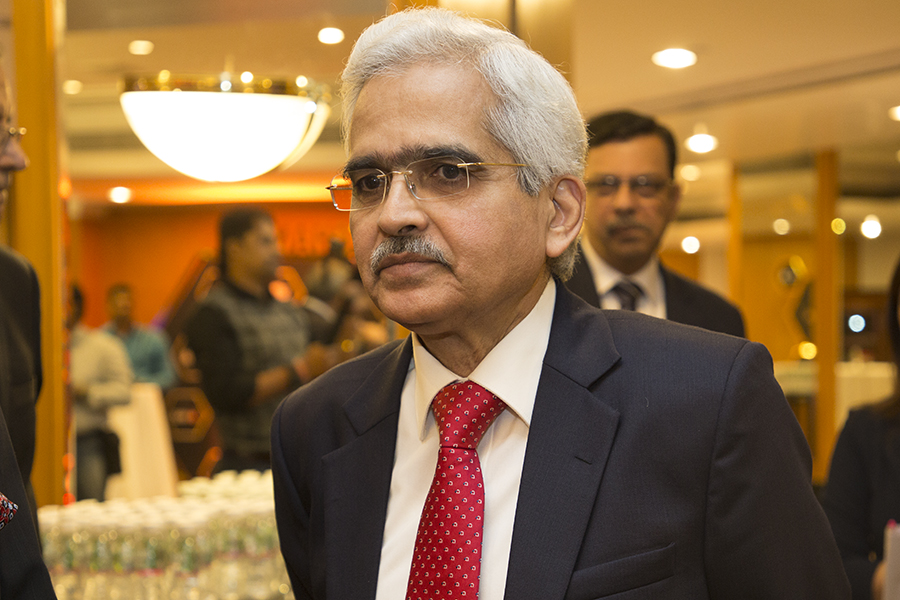 RBI governor Shaktikanta Das gave no indication of whether a sharp rate cut will be announced.
Image: Aditi Tailang

The Reserve Bank of India said on Monday that it was “ready” to take all necessary steps to deal with the impact of Coronavirus on the Indian economy, but gave no indication of whether it would announce a sharp rate cut anytime soon, as several other central banks have done in recent weeks.
“We stand ready to take any action. We have several instruments that we can use. Our response will be calibrated. Our effort is to see that our responses are neither premature nor delayed,” RBI governor Shaktikanta Das told reporters, at an unscheduled press conference. The media speculated that Das would announce a sharp, out-of-schedule rate cut but this did not materialise. The RBI will decide on cutting rates at its next monetary policy meeting, scheduled for April 3, but when asked specifically about an out-of-turn rate cut, Das said, “I am not ruling out any possibility.” Several central banks across the world have rushed to aid their respective countries, either by injecting more liquidity into the system or lowering interest rates further to combat the impact of the pandemic. India is battling to contain the impact of the virus, which has affected over 170,000 people and caused over 6,600 deaths in 158 countries. India has reported 114 Coronavirus cases as of Monday. "[The] second round of effects of the pandemic could operate through a slowdown in the domestic economic growth, and it would obviously be a result of synchronised slowdown in global growth; as a part of that, the growth momentum in India would also be impacted somewhat," Das said. Das, on Monday, announced two immediate measures: Another dollar/rupee sell-buy swap on March 23 and also a long-term repo operation (LTRO), in multiple tranches, up to an amount of Rs 1 lakh crore at the policy rate. Speaking about the reconstruction of Yes Bank, Das said, “Deposits at Yes Bank are completely safe. There is no need for a panic withdrawal [of deposits].” Yes Bank was placed under a moratorium on March 5, which will be lifted on March 18. It is feared that retail depositors will rush to withdraw their deposits at Yes Bank, due to a loss of confidence in the bank’s management and operations.

Yes Bank, on Saturday last, swung into a net loss of Rs 564 crore for the three months to December 2019, from a profit of Rs 1,002 crore a year earlier. The bank also saw a sharp deterioration in asset quality and had to increase provisioning for bad loans. Das, on Monday, further reassured the bank that the central bank “will provide necessary liquidity support, if required”.

Tweets by @forbes_india
How contagious is Covid-19?
So we're working from home. Can the internet handle it?