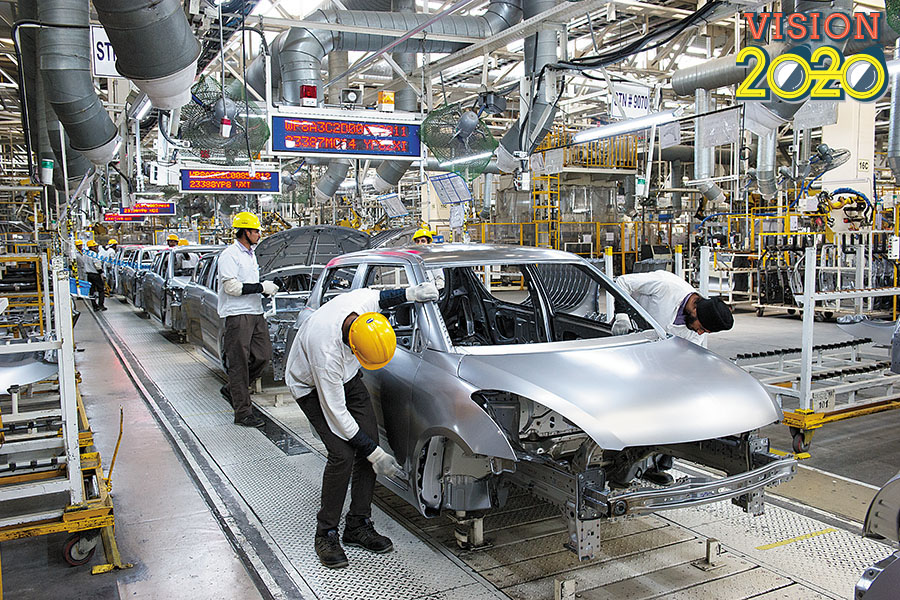 Consumers in India preferred cars that were under 4 metres in length, the buying decisions influenced by infrastructure limitations in cities and the desire to keep operating costs low
Image: Amit Verma


The last decade has seen many changes and considerable progress in the Indian car industry. The country became the fourth largest market for passenger cars. Domestic sales grew at 8 percent annually, reaching 3.4 million cars in 2018-19. Considering the country’s potential and needs, this was not satisfactory. In the previous decade, growth was at 15 percent. Car penetration is only 28 per thousand, far lower than most Southeast Asian countries. The entry of global players into the Indian market and cars being of international standards led to exports increasing to 680,000 vehicles in 2018-19. 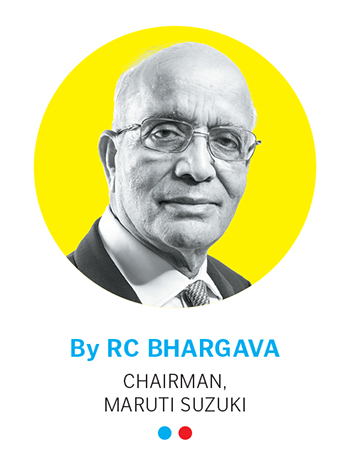 Safety and emission standards during 2019-20 are similar to Europe, with all vehicles converting to Bharat VI by the end of March 2020. This has meant an increase in the cost of vehicles and partly explains the slowing of growth.

The Indian consumer was used to seeing car models remaining unchanged for long periods. Intense competition in the market saw all manufacturers launching or upgrading existing models in fairly short intervals. The industry became more like that of a developed country.

Competition also led to better technology benefiting the consumer. The average fuel efficiency of cars increased from about 16 km per litre to 19.2 km per litre. This resulted not only in reducing fuel consumption but also lowered CO2 emissions.

Car sales extended beyond bigger cities to rural areas and small towns, a positive sign for the future of this industry. Maruti Suzuki sales in ‘rural areas’ increased from about 5 percent to 40 percent.

An important driver of sales growth was the increasing availability of finance for car purchases. The number of consumers who bought cars with borrowed funds increased from 66 to 80 percent. Non-banking financial institutions became important participants in enabling this growth. A major cause of the slowdown of sales in 2019-20 was the difficulty in the availability of finance due to problems in the financial sector.

'2020 will be defined by electric car acceptance': Hyundai's SS Kim

Unlike most other markets, consumers in India continued to prefer cars that were under 4 metres in length. The infrastructure limitations in cities, along with the desire to keep operating costs low, probably influenced buying decisions. At the same time, the tech-savvy younger generation buyers expressed their desire to buy small cars, but which were ‘connected’ and had devices normally found in bigger luxury cars. The price of such cars increased to `10 lakh and this became a fast-growing segment. SUVs also became popular. The more-well-to-do younger customers also wanted a superior buying experience. The result was the success of the Nexa showroom concept of Maruti Suzuki.

The decade saw the introduction and acceptance of shared platform operators like Uber and Ola. The emerging young car buyer often preferred not to buy a car so that he could enjoy many other experiences that were now available.

Diesel car sales had risen earlier in the decade, but are now in decline. Meeting Bharat VI norms has added considerably to cost. In addition, the Supreme Court ordered that diesel cars older than 10 years would not be allowed in the NCR.

Most state governments, noting the high rate of growth of cars in the previous decade, decided to increase road tax on cars. In some cases, a fixed amount of tax was replaced by a percentage of the value of the car. This added considerably to the consumer cost.

In other cases, where a percentage tax was prescribed, the rate was increased. As car prices increased, the amount of road tax went up. Slowing of growth is related to many customers not being able to afford the higher costs of acquisition.

The priority of the government is correctly on creating employment, through an increase in the rate of growth of manufacturing. Global experience shows that the car industry has been the biggest driver of manufacturing growth. Japan, Korea, China, Germany and the US are examples. In India, cars, once sold, generate high volume of jobs, particularly because of about 20 percent cars being chauffeur-driven. A 15 percent growth of the car industry each year would considerably increase national wealth and employment. An equitable society creation would become easier. The states and the Centre need to consider how best to achieve this growth rate. The industry has, during the last decade, kept costs of production down despite devaluation of the rupee and increase of commodity prices. For example, Alto’s cost of production even today is not higher than what it was in 2008 excluding the cost of meeting new regulations.

Electric cars are required to reduce the import of oil and also for environmental reasons. Since India is a small car market and customers have limited buying capacity, it is essential that the price of electric vehicles is affordable. This isn’t the case now. The cost of batteries would need to come down before electric cars can be sold in large volumes. This would probably happen from the middle of the next decade.

Meanwhile, the growth of CNG-operated cars will continue to grow steadily. The government is keen to promote alternative fuels. The network for the distribution of CNG is being rapidly expanded. The production of biofuels is also expected to rise rapidly. In addition, hybrid cars offer an excellent way of making substantial reductions in fuel consumption and emission levels.

If the government decides to promote car production as a means of increasing employment, car sales in India would reach 10 million a year by 2030. The impact of this will be felt in the growth of the component industry as well as in other industries that provide inputs, including steel, aluminium, glass, fabrics, rubber, electronics and electricals. Manufacturing in India would then have come of age.