The Internet of Things must leverage AI and ML, and take the concept of smart connected devices to the masses 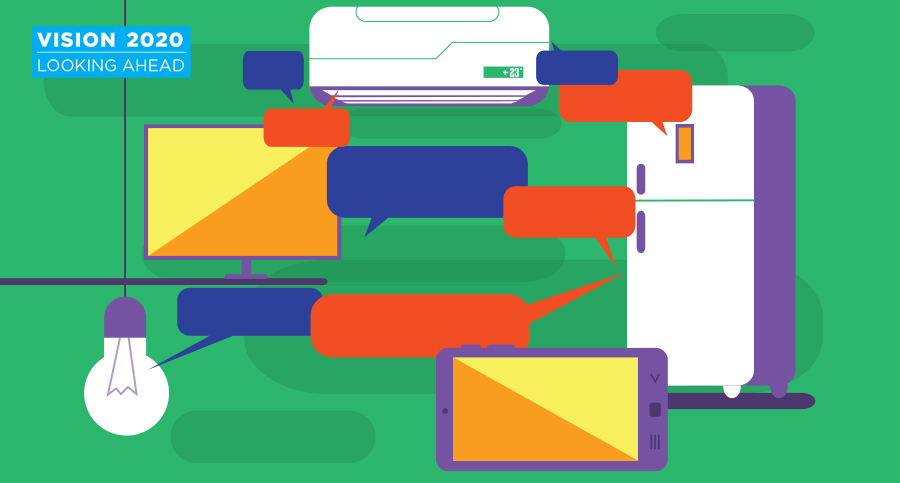 Looking back at this decade, it would be fair to say that the ubiquitous smartphone has made the most significant impact on the technology space. But that would also be a gross understatement. Like pivotal technological innovations such as the internet, satellite television, and commercial jet travel before it, the smartphone has not only shrunk the world further, but it has also been the cornerstone of the Indian digital revolution. During the course of this decade, it has transcended from a mere gadget to a transformative tool that has since been inextricably interwoven into the very fabric of humanity. 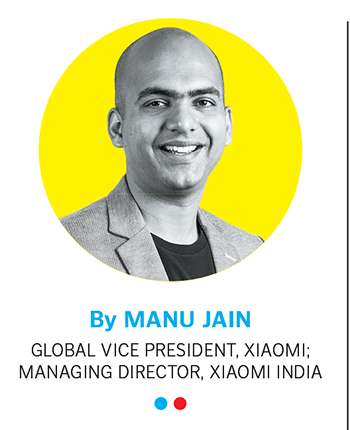 Smartphones vs connected devices
This makes it especially hard to imagine that the Internet of Things (IoT), or the concept of smart connected devices, predates the smartphone by a decade. The first smartphone didn’t appear until IBM began selling the Simon Personal Communicator in 1994. Smart connected devices, however, can be traced as far back as the early ’80s. Around 1982, the prestigious Carnegie Mellon University in the USA installed Coke vending machines that leveraged the power of the internet to ensure the beverages dispensed by the machine were cold enough.

In fact, the potential of IoT to transform everything, from our homes and hospitals to factories and workplaces, has been echoed through the ’90s in technology press and engineering journals alike. Bill Joy, founder of Sun Microsystems, went as far as to envision connected devices as the most interesting and productive aspect of the internet framework he had presented at the World Economic Forum at Davos in 1999. And yet, all the faith that technocrats put in IoT couldn’t prevent it from being overshadowed by smartphones.

Technology Isn’t a Zero-Sum Game
But let’s not get too pessimistic here. The concept of connected devices hasn’t exactly fallen by the wayside. From fitness trackers to smartwatches, smart connected devices have made their presence felt in our lives. The average consumer has embraced IoT-enabled security systems, and early adopters have already begun replacing the most basic element of their households—the lighting set-up—with smart, internet-enabled versions.

The penetration of IoT devices into the average home has been spearheaded by a variety of entities, be it IoT incubator programmes in Shenzhen, China, startups dotting Bengaluru and Hyderabad, or big global players such as Google investing big on both hardware and cloud-centric aspects. The technology space isn’t a zero-sum game. The growth of smartphones hasn’t been at the cost of smart connected devices. The former is, in fact, the vehicle that is poised to spur the growth of IoT in the next decade.

How the smartphone became ubiquitous in the 2010s: Vivo India's CEO

It doesn’t take much foresight to realise there’s plenty of space to grow here. An average man has enough sensors on his person already backed by cloud-based services in the form of smartphones and smartwatches. Building a compelling IoT platform to leverage this wealth of hardware and software is the next logical step for the industry. The use cases for a typical home equipped with smartphones, fitness trackers, voice assistants, and home security cameras alone are limitless.

It isn’t hard to imagine these hardware devices working in tandem to make reaching for an electrical switchboard a thing of the past. Sprinkle a bit of Artificial Intelligence (AI) as well as Machine Learning (ML), and you don’t even have to utter a word to switch on the lights leading to the bathroom when you get up at 3am. Your home’s HVAC (heating, ventilation and air-conditioning) system can read information right off your fitness/sleep tracker, and change power settings accordingly to save on your electricity bill.

What’s more, present-day commercial computer vision and AI systems are good enough to detect a fall or an intrusion, or even set off panic/help protocols during medical emergencies, thanks to the array of biometric sensors embedded within smartwatches and fitness trackers. What’s more, the next big industrial revolution is poised to come through the Industrial Internet of Things (IIoT). This involves industries employing smart and efficient manufacturing technologies that promise to drive down costs and drastically reduce the carbon footprint of factories. But all this could hold true only provided the stakeholders in the IoT space play their cards right.

IoT Needs its Android Moment
The smartphone space itself is a great example of what that entails. There was never any doubt about the infinite power a smartphone could place in the hands of the consumer. However, the concept didn’t take off as long as it remained a complicated beast that was the preserve of the technologically inclined. The early smartphones, which eventually paved the way for the modern-day Android handsets, had no chance of succeeding due to their complicated nature and unwieldy user interfaces.

The smartphone caught on because it was simplified enough to be adopted by the masses and came with an ever-expanding software ecosystem that gave you an excuse to keep coming back for more. This is precisely how the IoT space also needs to bring about a similar paradigm shift in the consumers’ attitude towards smart connected devices. The need of the hour is to change the perception of IoT devices as solely the preserve of the technologically inclined.

That perception is gradually being changed now. The impact of IoT on home security systems is a good example. The Mi Home Security camera blends an ordinary security camera with the extraordinary that is computer vision. Combine that with the capability to detect a crying baby and identify humans, and you have an IoT-enabled security camera that is being deployed by consumers for diverse use cases, ranging from a baby monitor to a nifty tool for shopkeepers to keep track of footfalls.

The way forward for IoT involves leveraging AI and ML to fully realise the concept of a smart home. The novelty of a device that can be turned on or off remotely isn’t enough of an incentive for the average consumer to invest into the IoT ecosystem. The success of a concept doesn’t ride on its technological prowess, but the ability of the stakeholders to simplify and make it accessible to the masses. That is why it is absolutely essential for the IoT space to not just focus on individual products, but instead build a robust ecosystem by leveraging the wonders of AI and ML. All of this should ideally be anchored by a seamless and, most importantly, idiot-proof smartphone integration. To read all the Forbes India Vision 2020 essays, Click Here

Tweets by @forbesindia
How the smartphone became ubiquitous in the 2010s
To stock or not to stock?