How the smartphone became ubiquitous in the 2010s

The device has been the focus of radical innovation and become the ultimate connector, writes Vivo India's CEO 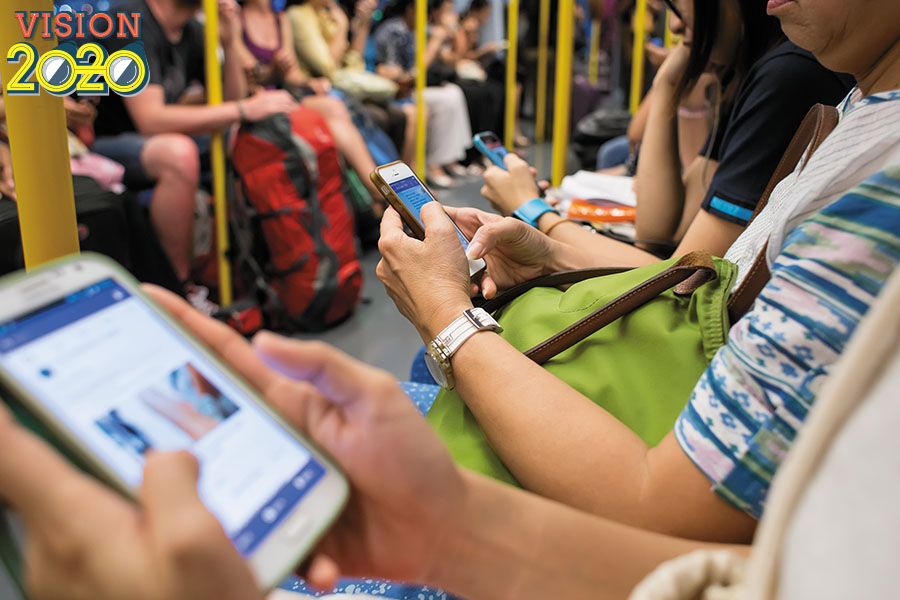 Smartphones have become ubiquitous in urban India as they have evolved into multifunctional workhorses
Image: Settawat Udom / Shutterstock

As he drives and navigates through Delhi’s chaotic traffic, my Uber driver listens to instructions in Hindi which makes it easy for him to follow GPS directions and drop me to my destination. To me, it’s just another example of how multi-lingual India has adopted, and adapted to, smartphone technologies with ease, similar to how the house help has learnt to cook Chinese food by watching YouTube videos on her phone. 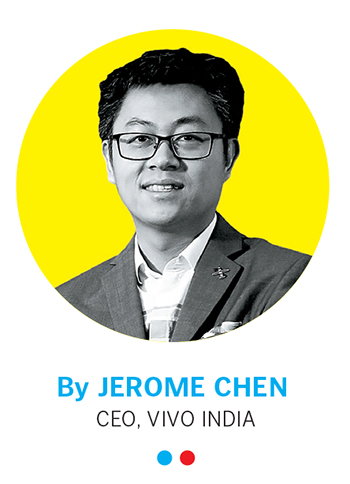 It’s amazing how much has changed in the world of telecom. It was, after all, not that long ago that the phone was a single feature device, used only to talk to people. Over time, the smartphone has been the focus of radical innovation, time and again, to become the ultimate connector—connecting people to communities, information, knowledge, entertainment—as well as the ideal workhorse, enabling people to seamlessly multitask on work and personal interactions.

In contrast with the developed world, smartphones in India also act as a great leveller, bringing the enabling power of the internet into homes across geographies, class and income barriers. India’s smartphone penetration is at its highest ever, with more than 500 million smartphone users already connected to the internet, and expected to only further increase in the coming years. Across the nation, Indians consumed vast amounts of data; nearly 8.3 GB of data every month in 2018, higher than China’s 5.5 GB, and all of this on smartphones. I believe that the increasing usage of data on smartphones is a clear indication of the transformational reality of Digital India. Indians are accessing emails, creating spreadsheets and presentations, video conferencing, booking train and air tickets, making e-payments, trying e-learning on educational platforms, watching videos—all at a level that is exponentially higher than ever before.

It is interesting to note that India’s Great Digital Revolution can be at least partly attributed to the massive technology investments that have gone into the development of the smartphone. The billions of dollars invested in technology have helped consistently raise the bar on handset capabilities year after year. The phone in my hand today bears little resemblance to the first smartphone released in 1994, IBM’s Simon Personal Communicator, 8 inches long, weighing nearly half a kilogramme, and with no web connectivity. The year 2019 marked the 25th anniversary of the smartphone. Still, in the last 10 years alone, the smartphone in its entirety—the physical handset, the features offered and the supporting network infrastructure—has undergone an evolution that is mind-bending in terms of scale.

Take touchscreens. It seems unbelievable now, but the touchscreen as we know it has been around for only a little over 10 years. The graphic user interface touchscreen replaced the old click-and-type interface, leaving millions of smartphone users with the ability to swipe screens and operate phones with one hand. Along the way, smartphone cover glass has evolved to near shatter-proof strength and, yet, with the sensitivity to react to a light touch. The screen itself has grown in size from year to year—from the 3.5 inches 10 years ago to foldable screens that open up to reveal a 7.3 inch flat screen. In fact, we have also seen devices with dual screens that take multi-tasking to a new level.

The advent of Graphic User Interface and touchscreens brought about a mini-revolution in smart interfaces and companies, brands, products, utilities, service providers, gaming companies, publishers, etc have all built mobile-first touchpoints—otherwise known as the app. Today, the biggest platforms—Google Play and App Store—have a combined strength of over 4.5 million apps. India alone downloaded 12.3 billion apps in 2018.

Not surprisingly, a third of these were gaming apps. Mobile gaming has become a $68 billion industry, accounting for three-quarters of all app spends. This is significant as it has led to a rise in demand for smartphones engineered for gaming with innovations in screen resolution, graphics processing, battery longevity, memory and storage. Take smartphone gaming for example: The more functionality you ask of your phone, the faster the battery discharges. A lot of tech has gone into developing long-lasting and fast-charging batteries.

Another aspect of smartphone evolution has been driven by users consuming millions of gigabytes of video content—and also generating it. As a result, camera functionality is another big consumer ask—a trend that was spotlit when the Oxford Dictionary selected ‘selfie’ as the word of 2013. Although integrated cameras have been around for nearly 20 years, digital imaging technologies have advanced a considerable extent, taking smartphones ever closer to digital cameras in their image-capturing capabilities. A decade ago, mobile phones featured a single 2 MP camera; today, the marketplace has phones with multi-camera arrays, 64 MP capabilities and powerful zoom functions. Add features for editing, filters, picture correction, gifs, boomerangs, etc, and the smartphone solves all kinds of imaging needs of almost everyone.

Perhaps the most significant step in the smartphone journey has been in terms of artificial intelligence (AI). Smartphones with voice assistants have leveraged machine learning and audio pattern recognition to transform handheld devices into hands-free ones.

AI has also made smartphones smarter than ever before. Smartphone processors are designed differently from personal computer processors: They come as a single system on a chip (SoC)6, a powerful package that comprises the CPU, graphics processor, multimedia processor, security, signal processor, AI accelerator and units for modem, Bluetooth and WiFi. These phones come with neural engines that enable speech and facial recognition and enable security by locking the phone to the owner’s face, voice or fingerprint patterns.

Across the country, as millions of Indians browse the internet on their smartphones, cellular operators are rolling out 4G networks in tier II, III and IV towns, taking the internet deep into the hinterland. Smartphones are powering the nation’s cashless transactions, ecommerce industries, e-learning classrooms, food delivery platforms, and many more—thus facilitating a new generation of tech startups and digital skill-based employment opportunities. That, to my mind, is the most remarkable aspect of the evolution of the smartphone.