The maths teacher has been driving acquisitions, managing investor relations and framing strategies for Byju's 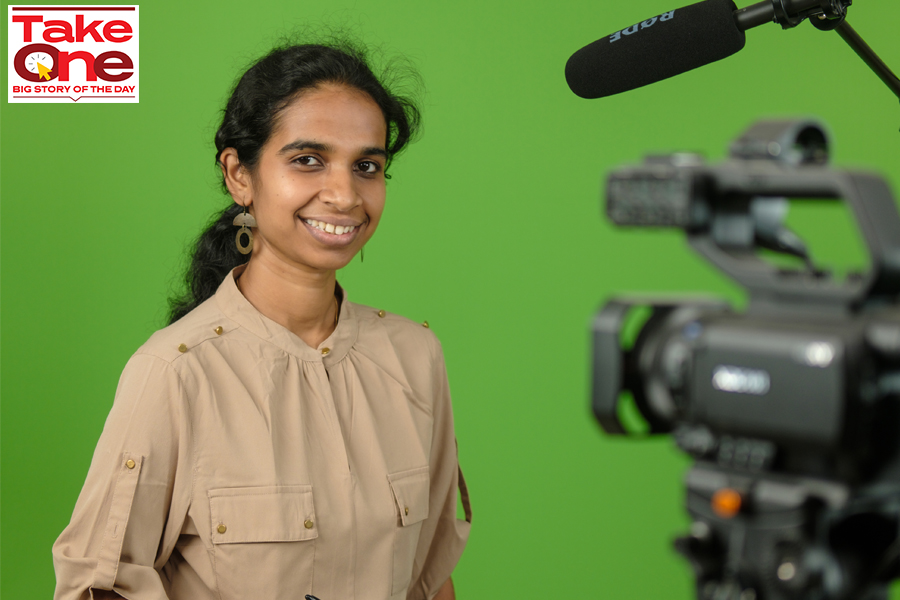 Anita Kishore, chief strategy officer—Byju's. Photo by Nishant Ratnakar
Kanteerava Indoor Stadium, Bengaluru:
It was the last Sunday of July 2014. The indoor stadium was packed with over 15,000 middle and high school students. The restive young kids—from classes 6 to 10—were neatly seated, along with their parents, to watch the morning live show that was about to start in a few minutes. Some of the spectators—Sequoia Capital India’s GV Ravishankar along with two analysts Aparna Krishnan and Tejeshwi Sharma—were lucky enough to find seats closer to the stage. Byju Raveendran was all set to start his maths class. The chirpy kids suddenly went mute, viewers came on to the edge of their seats, and those in the front row fixed their gaze firmly on the celebrated master.

Anita Kishore, though, was the odd one out. She was standing close to the edge of the stage, away from the limelight. The IIM Ahmedabad alumnus, who joined Boston Consulting Group (BCG) in May 2009 as project leader before joining Byju’s in 2012, was busy setting up the screen on the stage, looking into the audio system, managing the crowd, changing lesson slides, and fixing the cameras. “I just wanted to ensure that everything went smoothly for sir,” recalls the mechanical engineer, who also taught during the same session which lasted close to 2 hours. “I always liked maths,” recalls Kishore, who had been pursuing her passion of teaching since her school days in Nashik, Maharashtra.

Even during her BCG stint, teaching for Byju’s on weekends emanated from Kishore’s inherent liking for the profession. Kids of all ages—younger as well as older than her—in her residential building, neighbourhood and even school used to get classes from her. Kishore first met Byju when he came to her college in Mumbai in 2006 to take one of the classes for CAT (Common Admission Test). “The way he taught maths was brilliant,” she recalls.

Meanwhile, at the Kanteerava Indoor Stadium, Kishore was hoping to get her math right. “We wanted to convince investors why the product would work,” she underlines, alluding to the invitation given to the Sequoia India team to attend one of the live sessions of Byju’s. The fact that students sat attentively throughout the session, she underlines, speaks about the power of the content. Till 2014, Byju’s had managed to raise funds only from Aarin Capital. The reason was not hard to find: Smartphone penetration was low, the scale of an offline play was a big question mark, and making a sustainable business out of education was still a work-in-progress for the founders.

Meanwhile, the live class, Kishore thought, would have convinced potential funders to back a venture that was about to roll out its online avatar as well. The job, though, was tough.

Five years later, in 2019, Kishore was trying her hand at another difficult task: Convincing US-based edtech company Osmo to become a part of the Byju’s family. The job, again, was not a cakewalk. In spite of the fact that by 2019 Byju’s had become the biggest edtech player in India, had snapped up six buys in the country, and managed to get the backing of marquee investors such as the Chan Zuckerberg Initiative, Sequoia and Sofina, Osmo's founders—former Google engineers Pramod Sharma and Jerome Scholler—were not looking to sell out.

The teacher had her task cut out. The American techies had built the company from a technology-first perspective, and had done a fantastic job of building a physical-to-digital platform for kids. Kishore showed them a cracking new winning formula: Education-first perspective. “We explained how Byju’s can take their vision to the next level,” she recalls. The Indian team went on a virtual call with the American team, and the next day, the founders came to India. The deal was sealed. Byju’s had made its first global foray by making inroads into the American market.

There has been no looking back since then. This month, Byju’s beefed up its US play by buying another American company Epic. Back home in India, there is no let-up in the pace of acquisitions. In late July, the edtech goliath bought professional and higher education startup Great Learning for $600 million, and closed the acquisition of its rival Toppr. In April this year, it bought offline tutorial chain Aakash, reportedly for $950 million. Byju’s, which has reportedly raised between $2.5 billion and $2.7 billion so far, is not done yet. “We are barely scratching the surface,” says Kishore. “We still have a long way to go.”

Meet Anita Kishore, the maths teacher and chief strategy officer driving acquisitions, managing investor relations, raising funds and framing strategies for India’s biggest edtech player. “Teaching is what I started doing first. And teaching is what I continue to do even now,” says Kishore, who records her maths and physics classes for students either late at night—between midnight and 2 am—or early in the morning, between 4 am and 6 am. “There is no profession as satisfying as teaching,” she adds. Hearing a kid, she lets on, say that she managed to do well because of her or is slightly better off because of what she taught is immensely satisfying. “This is what keeps us driven,” says Kishore, who is known to have a no-nonsense and blunt approach in leading negotiations—both during fundraising and buyouts. Ask her if people find her a tough cookie, and the teacher stays modest. “If I were to take a guess, I think I would be the bad cop in the negotiations,” she smiles.
Kishore, though, gets full marks from venture capitalists. “Anita complements Byju well, having the ability to be tough in situations that demand that approach,” contends GV Ravishankar, managing director of Sequoia India. While Byju, he lets on, is a believer in the vision of other founders, Kishore balances that belief by diligently checking all assumptions. While as head of strategy, she works closely with Byju on inorganic growth strategies, she also plays the role of a strategic CFO, working on capital allocation decisions and fundraises, along with investor management. “Her sense of ownership is at an extremely high level, elevating her actions, decisions and strategic inputs to a bar one usually expects of a co-founder,” he adds.

Kishore, for her part, refrains from taking any credit. “One of the biggest things I've learned from sir [Byju] is his innate ability to only see the positive side of every person, situation and things,” she says. No wonder when a bunch of few investors during the early stage of Byju’s were not willing to back the venture despite their strong belief in the product, Kishore stayed optimistic. And her optimism did pay off handsomely. Most of those investors—Kishore declines to name any—hopped on to Byju’s bandwagon later on, but this time at a hefty price. “They observed our performance for a few years and then got convinced,” she says.

So what explains Byju’s performance in guzzling so many players? Kishore again has a convincing reply. “We were very clear in our minds that we can’t build everything. And we shouldn’t,” she points out. The recent fundraise, she explains, has been primarily towards looking at inorganic opportunities to grow. “We are very capital-efficient,” she underlines. The company, she lets on, was not built by raising external capital. During the offline days—which was the initial business model—it was always profitable, and the company kept on investing back profits to build the business. “In our culture, we launch products and scale; then only the unit economics are strong,” she says, claiming that the core business is profitable.Shoot her a question on the success of the company becoming the biggest in India and charting out an ambitious overseas play, Kishore, like any teacher, plays down the euphoria around acquisitions and fundraising. “I strongly believe that your competition is always against yourself,” she says. “If today you're doing better than you were yesterday, then that is success,” she adds.

What about failure? How does she view it and prep her students? “It’s just a misstep that can be corrected,” she says, underlining that one doesn’t need to either glamourise failure or treat it as an inhibiting factor. “Fail fast, learn from it and move on,” she says. The teacher, though, adds another interesting perspective. If one never fails, she explains, it might mean that one is either not stepping out of the comfort zone or might not be trying too many things. “Just stay passionate, keep trying and don’t worry about the outcome,” she says.

So how would she rate her performance on a scale of 1 to 10? Can teachers do self-assessment? Kishore stays away from the trap. “I don’t believe in grades and marks,” she smiles. “Just fall in love with whatever you are doing,” she signs off by sharing her secret formula.

Tweets by @forbesindia
In honour of TS Shanbhag: Books to audio and e-books—the changing contours of publishing value chain
Photo of the day: Farewell, legend