Sharechat and Moj's Ankush Sachdeva: When content is king 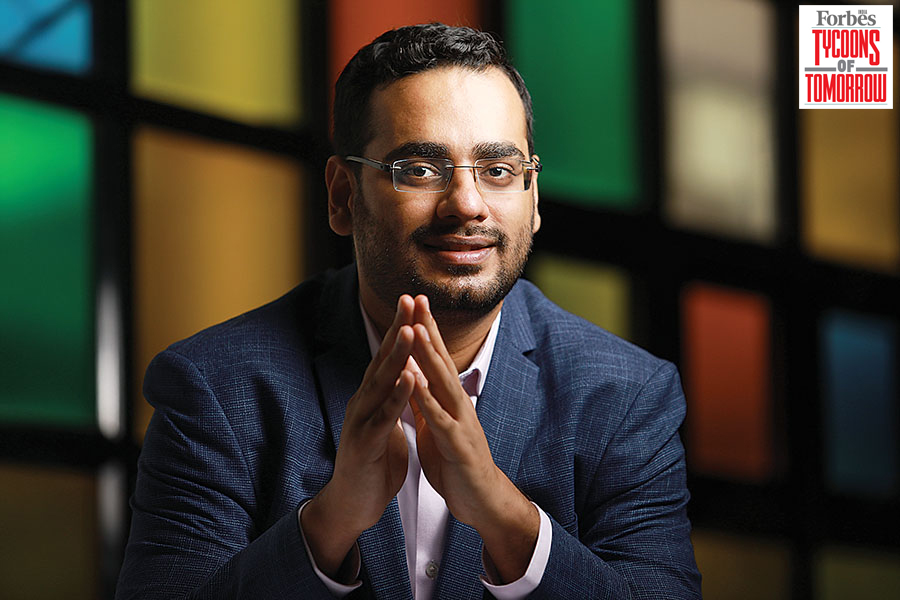 Hours after the Indian government banned the use of TikTok and a host of other Chinese apps on grounds of “national security”, Ankush Sachdeva got to work. The co-founder and CEO of ShareChat, a local language social media app, marshalled his team to create a replica of the popular Chinese short video platform. In the next 30 hours, Moj—the team’s TikTok copy—was ready for download on the Play Store.

It is this ability to spot and swiftly act on opportunity that sets him apart. “Ankush has shown amazing leadership qualities both when faced with adversity and opportunity,” says Madhukar Sinha, partner at India Quotient, a Mumbai-based fund that gave Mohalla Tech, the parent company of ShareChat and now Moj, ₹50 lakh in seed funding in 2015. “His key strength is to look through the maze and see the bigger picture.”

An IIT-Kanpur graduate, Sachdeva, along with his batchmates Farid Ahsan and Bhanu Pratap Singh, built and experimented with multiple products—13 to be precise—before finding success with ShareChat. The idea took root in 2014 when, using phone numbers that users shared on a Facebook group for Bollywood news, Sachdeva created ten WhatsApp groups with a 100 members each—the maximum limit for a group then. Members would share movie trailers, posters and celebrity gossip. “These people preferred to gather filmy news through the group than on Google. And they preferred to chat in their local dialects,” Sachdeva told Forbes India in 2017.

Zoom to April 2021. Mohalla Tech hit unicorn status with a valuation of $2.1 billion, after a $502 million fund raise led by Lightspeed Ventures and Tiger Global. Other investors include Twitter, Snap and Elevation Capital. “The unicorn tag affects the external perception more,” says Sachdeva. “Internally, what has changed is the nature of the bets we take. We are now looking to go from 300 million MAUs [ShareChat and Moj combined] to a billion MAUs. Unless you think audacious and long term, you cannot make anything happen. That is a different mindset from when you are a Series B/C sort of company,” he says.

Part of the funds are being used to deepen the company’s artificial intelligence (AI) and machine learning capabilities. Platforms like ShareChat and Moj are only as good as the recommendations they throw up to users based on their preferences, viewing history and real-time usage. It is a key moat in this business. To that end, a big decision he took was to look for talent outside of India. “We cannot compete with the global giants if we keep our talent pool within India because nobody has built a feed ranking algorithm [the order in which posts show up in a user’s feed] here other than us,” he explains. The pandemic helped in that regard—given that the team was working remotely, the company was able to hire top AI engineers from the UK, US and Russia who had previously worked at companies like Facebook and Pinterest.

Funds have also gone toward expanding the team, which has grown to 1,500 from about 500 a year ago; marketing and acquiring users; content moderation—which is tricky, says Sachdeva, because the company works across 15 local languages; and helping creators monetise their work.

The latter is a key area of focus. Virtual gifting where followers present creators with a virtual crown that can be cashed in for money is fast scaling on ShareChat and will soon be functional on Moj too, says Sachdeva. The company also recently announced a partnership with Flipkart to enable live video shopping. If a follower sees a creator wearing a particular dress while lip-syncing on a Moj video, she can purchase that with a click of a button. “In the next four years we expect to power close to a billion dollars in ecommerce GMV (gross merchandise value) in India through Moj and ShareChat. A large part of that will go to creators as a cut from the transaction,” he says.

With Mohalla Tech’s revenue from operations at ₹38 crore for FY20, with losses of about ₹677 crore, according to data provider Venture Intelligence, monetisation for the company as a whole remains a challenge. Advertisements, which ShareChat pushed into two years ago, will be a big revenue generator, says Sachdeva. “The good part is that all the investments we make in AI for content recommendation also help in ad recommendation. The problem of connecting a user to content is similar to that of connecting an advertiser to a user. So every single dollar invested by us in our AI capabilities helps in both consumer metrics and revenue metrics. It is a great fly wheel effect we have internally,” he says. To encourage SMEs to advertise digitally on its apps, the company is also developing a simplified self-serve ad platform, much like Facebook or Google’s ad product.

Equally important for Sachdeva is sharing the moolah. In June, the company announced that it would reward employees with a share buyback worth $19.1 million. And as he builds out what he hopes will be “India’s largest AI-powered content ecosystem” over the next five years, he also hopes content creation will not just be a side gig but a viable career option.

“If you ask a teenager five years down the line, ‘What do you want to become?’ We want people to say, ‘I want to be a Moji or ShareChat creator’… we want to make that a reality.”