Can the digital tracing of Parmigiano Reggiano wheels put an end to counterfeiting?

During the second quarter of this year, some 100,000 wheels of Parmesan cheese will be provided with a digital label on their rind the size of a grain of salt 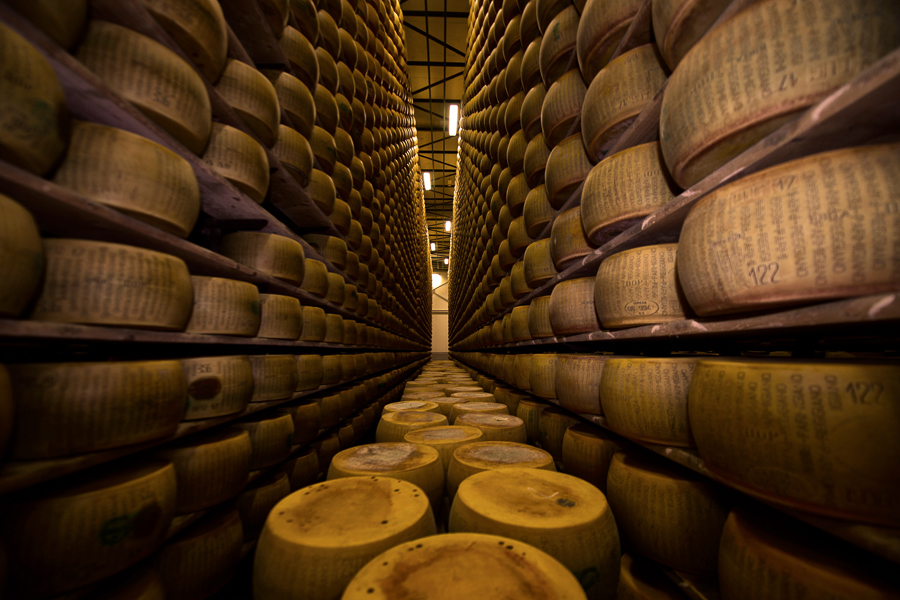 Can the digital tracing of Parmigiano Reggiano wheels put an end to counterfeiting? Image: D-VISIONS / Shutterstock

It is said to be one of the oldest cheeses in the world, but it is also among the most widely copied. Despite being protected by the Parmigiano Reggiano designation, the famous Italian foodstuff hopes to put an end to counterfeit versions by using a digital label on its coveted cheese wheels.

During the second quarter of this year, some 100,000 wheels of Parmesan cheese will be provided with a digital label on their rind the size of a grain of salt. For the time being, this is a test phase, aimed at better identifying the cheeses produced under the Parmigiano Reggiano protected designation of origin (PDO). Only cheeses produced in the Italian provinces of Parma, Reggio Emilia, Modena and Bologna on the left bank of the Reno River, and in the province of Mantua on the right bank of the Po River, are entitled to use the name "Parmigiano Reggiano." The production of the milk, the processing, the maturing and the packaging of the cheese must all be carried out within this geographical area.

Today, about 300 cheese dairies contribute to the production of this famous pressed cooked cheese, which must be matured for at least 12 months—the longest maturing period in the PDO repertoire. As of 2002, each wheel of cheese bears a casein label with a unique and sequential alphanumeric code, a sort of ID card that is supposed to certify its origin and thus prevent falsification.

Now, the Parmigiano Reggiano Consortium, an organization representing producers, has decided to join forces with a tech company specializing in digital tracking to better protect authentic wheels from production to purchase. This smart label can be scanned to reveal all the details specific to each cheese wheel, thanks to the use of a blockchain crypto anchor. To better illustrate the concept, the Consortium explains that it essentially involves creating a digital twin for physical items.

Moreover, the term Parmesan must, in theory, only be used only for PDO products, according to a ruling by the European Court of Justice in 2008. However, this ruling did not prevent some American food giants from adding cellulose to what they labeled as "grated parmesan." The case caused a scandal in 2012 when the American Food Safety Authority discovered this addition in packets sold at Walmart in the United States.