As Beijing tightens up on the video game industry at home, China's tech giants are looking to make investments overseas—prompting concerns ranging from data security to limits on creative freedom 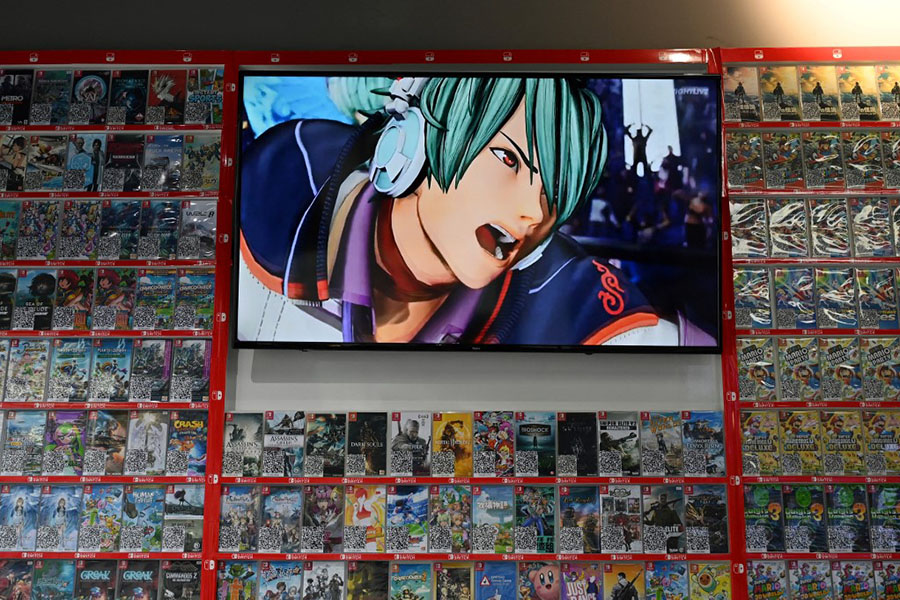 Beijing introduced a nine-month ban on approval of new video games last year and now approves only a fraction of the number it once allowed on to the market. Image: Peter Berglund / Getty Images

China is investing billions in Europe's video game industry, but analysts have warned that there could be trouble along the road unless regulators start to take stricter notice.

Europe is embroiled in long-running disputes with Beijing over trade, environment, education, raw materials, intellectual property—but so far video games are not part of the fight.

As Beijing tightens up on the video game industry at home, China's tech giants are looking to make investments overseas—prompting concerns ranging from data security to limits on creative freedom.

"Video games for most policymakers will always go into the non-strategic pile."

This has helped Tencent, the world's largest games company by revenue, to buy into studios across Europe—including the then world-record $8.6 billion deal for Finnish firm Supercell in 2016.

EU regulators only look at major investments with a pan-European dimension, and national regulators have shown no interest.

When Tencent bought British studio Sumo for $1.3 billion last year, the deal was scrutinised not by UK regulators but by their US counterparts.

Tencent recorded its first-ever quarterly loss in August on the back of a wide-ranging crackdown on the tech sector.

The Chinese government has identified video games as a potential threat not only to state power but also to the wellbeing of citizens.

Beijing introduced a nine-month ban on approval of new video games last year and now approves only a fraction of the number it once allowed on to the market.

Game makers have had to scrub "politically harmful" content, and the state has tightly restricted the time youngsters can spend gaming.

"Chinese companies in general are looking further afield given the climate of the domestic market," said Louise Shorthouse of Ampere analysis.

Several reports have suggested that Tencent is preparing to ramp up its overseas investments and could even begin to take control of smaller firms.

Tencent is essentially "sitting on a load of cash", said Kevin Shimota, a former marketing manager at the company and author of "The First Superapp".

"The Chinese market is cold right now so in terms of Tencent's global strategy you'd expect it to be more aggressive," he said.

But he stressed that the aim was unlikely to be direct takeovers or deeper control of foreign companies, rather Tencent might look at ways of developing games for audiences outside of China.

Tencent is ubiquitous in China, an empire of games, social media and payment services largely funnelled through its WeChat app, which boasts more than one billion monthly users.

Its leader, Pony Ma, has worked hard to keep himself out of the limelight—and out of Beijing's firing line.

And the company is determined to present a humble face to the world.

"Whether we are a minority investor or a majority shareholder, we do not exercise creative, editorial, management, or day-to-day control," Tencent told AFP in a statement.

Tencent's business model has generally been to buy into foreign firms and publish their games for the Chinese market.

As those foreign companies were unlikely to find any other way into China, they welcomed the investment and new revenue streams.

NetEase is following the same model.

A blog from Quantic Dream announcing the takeover stressed that the French firm would maintain control over the "editorial line, the artistic direction of our projects and the management of the studio".

NetEase did not respond to AFP's request for comment.

Analyst Hmaidi said the hands-off approach was fine when business was booming—but the effects of an economic downturn or political upheaval were impossible to predict.

European regulators, she suggested, could benefit from a broader approach that questioned whether a single country—China or any other nation—should be allowed to dominate an entire industry.

"Having a sector dependent on China just in general is bad at the moment," she said.

Tweets by @forbesindia
Photo of the day: Homecoming
Parler seen as home for far-right, and now—Ye—Kanye West