India's gaming sector is spawning unicorns. But the future is uncertain 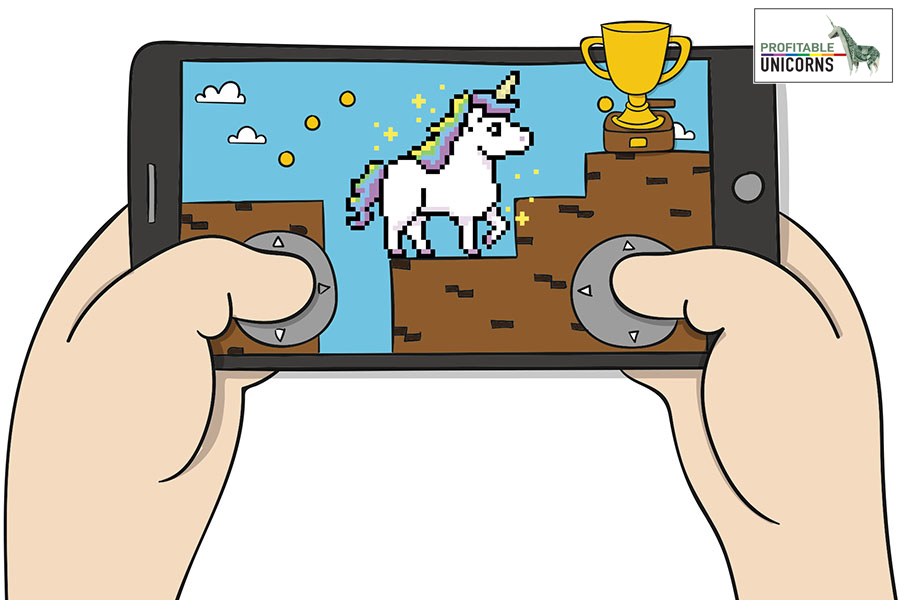 Since August 2020, the Indian gaming market has seen an additional funding of $1.5 billion and approximately 450 million gamers in India, indicating that gamers, investors and companies are bullish about this sector

The gaming industry in India was estimated at $2.2 billion in 2021 and is expected to hit $7 billion by 2026—more than 3x in the next 5 years, says Lumikai, a gaming-focused VC fund. According to Inc42, at present, the industry has three gaming unicorns—Dream Sports, Games24x7 and MPL.

While the gaming sector can be sub-divided into multiple categories, only two of the three unicorns are profitable—Dream Sports and Games24x7—as per FY21 financials. While Dream Sports has its fantasy gaming platform, Dream11, as its cash cow, it has also expanded to various other segments. In 2019, once the company turned unicorn, they launched personalised sports content and commerce platform FanCode, one-stop payment platform DreamPay, and sports travel and experiences platform DreamSetGo.

With the regulatory uncertainty surrounding the online fantasy sports segment, is the group diversifying to hedge the risks? “Yes and no,” Harsh Jain, co-founder and CEO of Dream Sports, had said in a recent conversation with Forbes India. “Yes, it helps de-risk, but no that’s not why we are doing it. We are just solving the problem for sports fans in India.” 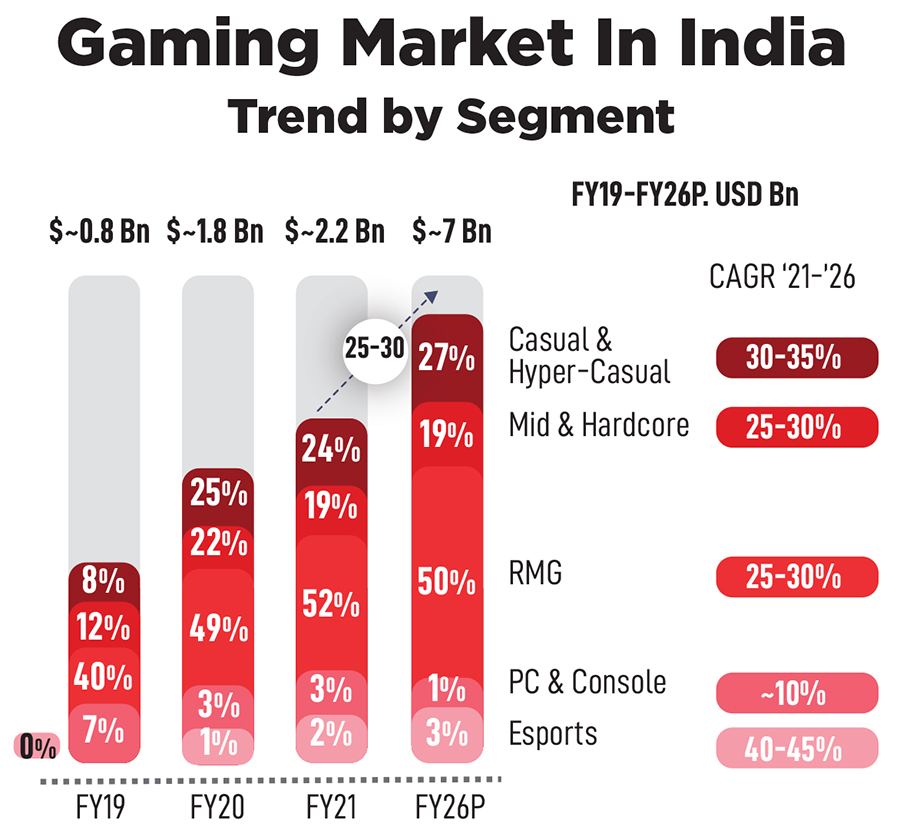 Dream11 has over 150 million users, and its parent company is valued at a whopping $8 billion. Dream Sports closed FY21 with a revenue of ₹2,706 crore and a PAT (profit after tax) of ₹329 crore, up from ₹2,120 crore and ₹181 crore, respectively, from the previous year.

On the other hand, Games 24x7 has been betting big time on RummyCircle—the largest contributor to its total revenue—followed by My11Circle, a fantasy gaming platform. Outside of these, Games24x7 also launched Ultimate Teen Patti and U Games, a casual gaming studio. The company has seen close to 100 million users across platforms, and for FY21, it posted a revenue of ₹1,573 crore and profit of ₹110 crore.

While that’s just two profitable unicorns for now, experts believe India is at the epicentre of an explosion of the global gaming economy. “We believe that India will boast of as many as 10 unicorns and 5 decacorns from the gaming ecosystem in the next 5 years alone,” says Paavan Nanda, co-founder, WinZO, social gaming and interactive entertainment platform, which has a user base of over 85 million and is available in over 12 Indian languages.

In May, the Group of Ministers (GoM) had unanimously decided to recommend increasing the goods and services tax (GST) on online gaming, casinos and race courses. A GST of 28 percent is applicable on games of chance, and the skill gaming industry pays 18 percent GST on the commission or gross gaming revenue (GGR), the fee charged by online gaming operators.

The GoM is still in discussions if the GST should be 28 percent for both skill and chance games. Adds Roland Landers, CEO of the All India Gaming Federation, “As per news reports, the discussion is to charge GST on the entire amount which a player pays for a game, and not GGR or platform fee.” 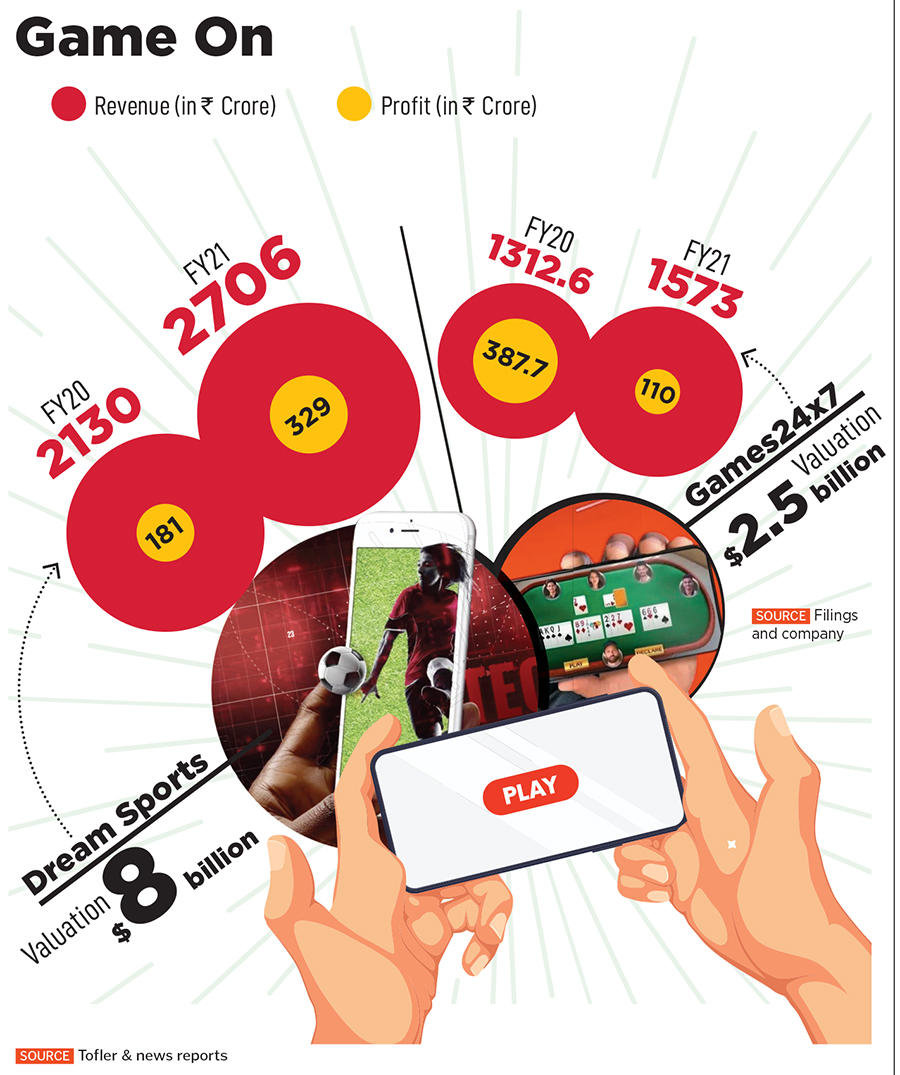 A stronger regulatory framework from the government is welcome by stakeholders, but, says Mitesh Gangar, co-founder & director, PlayerzPot, “As a progressive gaming brand, we would like to propose to continue with the current tax slab of 18 percent GST, which will stabilise our operations and services without hampering profits. A tax hike might disturb the current economy of the industry at present, and slow down its growth momentum.” The super gaming app which caters to fantasy sports, casual gaming, and card games hopes to turn unicorn in the coming two to three years.

Additionally, the debate of whether online gaming, especially involving real money, can be categorised as “game of skill” or “game of chance” continues in many states. The Supreme Court has now reaffirmed the decisions of three different high courts—Punjab & Haryana High Court (2017), the Bombay High Court (2019) and the Rajasthan High Court (2020)—that nullified laws banning fantasy sports under the pretext of gambling or betting. At present, states, including Assam, Sikkim, Odisha and Andhra Pradesh, have banned fantasy sports.

To add to the industry’s regulatory woes, as per news reports, the inter-ministerial group—set up by the Ministry of Electronics and Information Technology (MeitY)—that has been tasked with drawing up a framework to regulate online gaming is likely to introduce rules governing the amount of money individual players spend in a game, for “consumer and gamer protection”. If implemented, it might have a significant negative impact on players. However, Landers believes, “The announcement of this inter-ministerial group for regulating online gaming headed by MeitY has added a lot of gravitas to the bullish sentiment of investors.”

“Within the entire gaming sector, the real-money gaming segment has a regulatory lacunae. For the industry to grow, having this clarity is key,” says Salone Sehgal, founding general partner at Lumikai.

Impact on funding and profitability

This lack of regulatory clarity has not been easy, especially for comparatively smaller players such as WinZO. “The lack of regulatory stability, and perceiving the GST considerations as a negative sentiment towards the online gaming sector, many investors are uncertain about the future of the gaming in India,” says Nanda.

WinZO claims it is already profitable, it is hoping for, “the macroeconomic conditions to return to normalcy to evaluate the next round of fund raise”. Can larger players such as Games24x7 and Dream Sports continue sustaining their profitability? Both Sehgal and Langer are positive.

From an investor point of view, Sehgal feels, such regulatory hurdles have not led to VC funds being overly cautious. “We have to bear in mind that gaming is the fastest growing sector in the country. With 450 million gamers and 67 percent of India’s millennials taking to gaming, clearly it’s here to stay. As a VC, when we look into the future we realise that these gaming companies being incubated today are the exits of 2030,” she adds. “Regulation and taxation needs to be balanced in a way that innovation in the industry doesn’t get stifled.”