MPL: Forging a league of its own

Mobile Premiere League has grown at an explosive pace over the last three years. And it's not the fantasy games that are driving revenue. The twin superstars are Ludo and Carrom 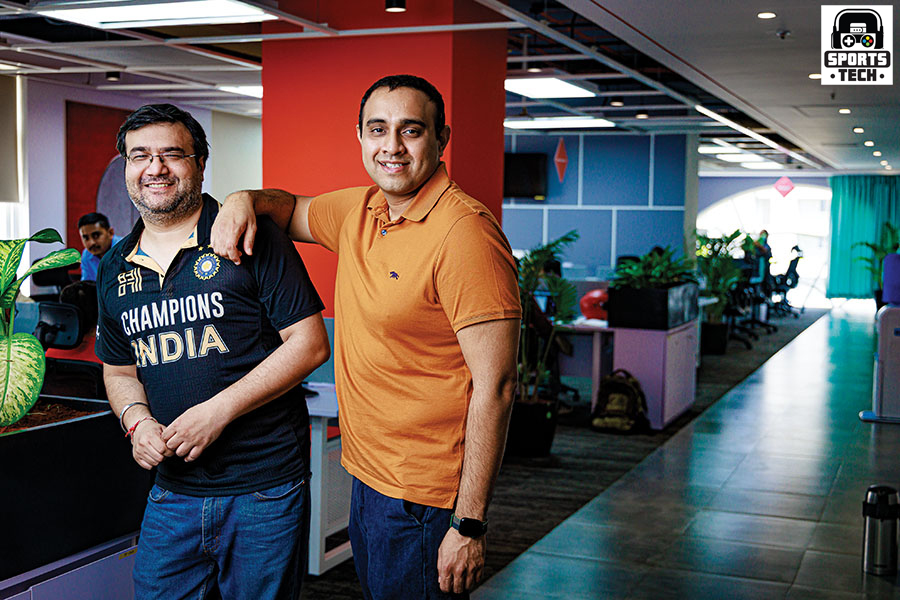 What are the three things that strike you most about the Mobile Premier League (MPL)? First, obviously, would be its name, which has a rhyming similarity with the IPL (Indian Premier League). Second, and no marks for guessing, would be the visual of former India cricket captain Virat Kohli dancing to a catchy jingle in a TV commercial that the online gaming and esports platform bombarded heavily during the 2019 IPL, just six months after the Bengaluru-based startup rolled out operations.

It is, however, the third thing that puts MPL in a league of its own. Its revenues. For FY19—the fiscal was just six months of operations as the startup officially opened account in September 2018—MPL’s number stood at ₹2.87 crore. The startup, which started with fruit-cutting and puzzle games along with a bunch of casual games like Ludo, added fantasy sports to its kitty in March 2019. Fast forward 12 months, and the revenues jumped to ₹22.5 crore in FY20.

A year later, in FY21, revenues leapfrogged over 22 times to ₹499 crore. Though expenses almost doubled to ₹628 crore, the startup brought down its losses from ₹295 crore in FY20 to ₹130 crore in FY21. Last September, it raised a Series E round from Legatum Capital at a pre-money valuation of $2.3 billion. Now the gaming unicorn offers over 60 games in multiple categories such as fantasy sports, sports games, puzzle, casual and board games, and claims to have over 90 million registered users across India, Asia, Europe and North America.

Sai Srinivas, co-founder and chief executive officer of MPL, explains the magic behind the ‘crazy’ growth. “That’s how the internet works, my dear friend,” he says, grinning from ear to ear on a Zoom call from Bengaluru. The serial entrepreneur, who sold his mobile tech business to Hike in 2017, seems to have hit gold with his gaming venture, his third since he started his entrepreneurial journey by co-founding web and entertainment services Base9 in 2009. “If you’re in the right place at the right time, and you have the right product-market fit,” he explains, “then you churn out crazy numbers.”

Sai underlines what gives an edge—read scale—to internet businesses. “They are not like the physical brick-and-mortar businesses where you have to set up distribution,” he says. With a robust and smooth payment infrastructure in the country, the business can soar. “It can scale very fast and in a large manner,” he says. “That’s the greatest aspect of the internet. And we are just beneficiaries of that.” What the founder, who started MPL with Shubham Malhotra in 2018, was also a beneficiary of was having almost the same set of investors who had invested in his previous venture. A bunch of existing ones, including Sequoia, backed the gaming venture even before its birth. “We raised money even before we started the company,” he says.

And when the co-founders did start, or let’s call it tested the waters—it was absolutely an out-of-the-box idea. The rooftop happened to be the playing arena, the first set of players were cooks working for the co-founders and their friends, and the weapons for battle were loaded mobiles with games. “I always believed that there should be a platform where people can compete in games and large tournaments,” says Sai. The pilot was a success, the contestants got hooked, and the word spread like wild fire.

Over the next few days, as the rooftop started to get crowded and players jostled, the co-founders introduced a nominal entry fee of ₹5. The product was officially launched on September 8, and by the end of January MPL raced to a million daily active users. “I think that was quite crazy,” he says. Within a year, the platform had 20-odd games, and the revenue for FY19 stood at ₹2.87 crore. “We started monetising from the first day as we didn’t want to push it to the future,” says Sai, adding that the platform fee charged by MPL happens to be the biggest source of revenue.

Though a smartphone boom, cheap internet data and IPL provided tailwinds for online mobile gaming, Covid provided the biggest push. “It would be foolish for us not to acknowledge this,” he says. Gaming and all kinds of entertainment on mobile saw a massive uptick. MPL too skyrocketed, and posted revenues of ₹499 crore in FY21. Though the co-founders declined to share FY22 numbers, they claimed that revenues are definitely bigger than the last fiscal. 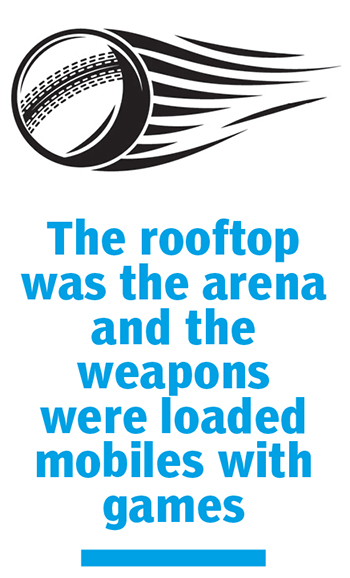 Is the huge spike—₹2.87 crore to ₹499 crore—largely due to fantasy sports? Well, this is what makes sense as fantasy sports exploded in India over the last two years and all players, including Dream11, made loads of money. So does fantasy happen to be the biggest contributor? Sai bowls a doosra. “Not at all, man. It’s less than 10 percent,” he claims, adding that during IPL, the numbers do increase up to 15 percent. MPL, he underlines, uses the metrics of user engagement and number of players to determine the popularity of the games. “So the top performing game for us is Ludo,” he claims, adding that Carrom, Bridge and Call Break are also widely popular.

What a smaller fantasy part in the bigger pie of MPL also does is to break some widely-prevalent myths around IPL. “If you think most of India watches the IPL, then it’s not true,” says Sai. There is a very large part that remains oblivious to the cricket tournament. “The depth of Indian markets is just so crazy,” he says.

There is something else that apparently looks crazy, though. Recently, a Group of Ministers (GoM) proposed a 28 percent GST on casino, race course and online gaming. But why club online gaming with casino and race course which are nothing but gambling? Is this not crazy? Sai ducks the bouncer. “I don’t have a take on it. My job is to build products,” he says, quickly getting on the front foot. Just because, he argues, all the three are put in one bucket doesn’t make all of them the same. Multiple courts, he claims, have outlined what constitutes a game of skill. “It’s a very legit and structured industry,” he adds. 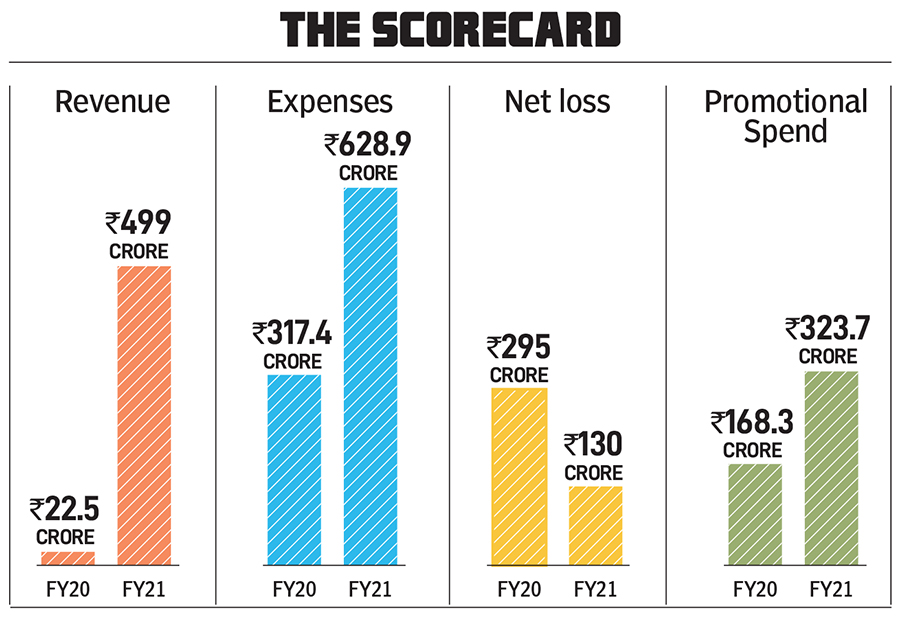 Also Read: Why esports and gaming companies went on an IPL overdrive, spending over Rs 1000 crore on marketing

What makes him happy, though, is the fact that the online gaming industry is finally getting some regulatory clarity. “Slowly but steadily,” he says, adding that he doesn’t have an issue with a 28 percent tax. “It can be any number. That’s absolutely okay,” he says. As long as the government creates a taxation framework, he lets on, which promotes a sustained growth, any kind of number is okay. 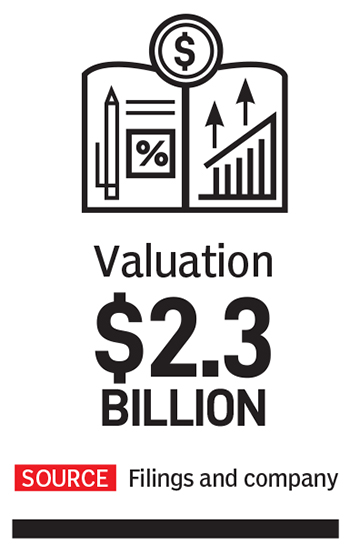 So what next for MPL? Maintaining a furious pace of growth by adding more games and more countries is the answer. MPL recently rolled out Poker Academy, where some of India’s top professional poker players and streamers such as Dhaval Mudgal, Siddharth Karia, Parth Jain and Aniruddha Joshi will share lessons, tactics and tips with poker players. On the international front, it ventured into the US last year and claims to have a big presence in Indonesia. In February, it bought Berlin-based GameDuell, one of the biggest game studios in community card and board games in Europe.

Another area of focus for MPL is developing India-centric games. It recently launched Mayhem Studios to develop ‘AAA mobile games’—video game titles with big budgets for development and marketing—from India. “Building something of such a high production quality is exciting and will change the course of gaming in India,” says Sai. With India topping the chart globally in terms of mobile games downloads—a staggering 783 million—in April, it indeed looks like an exciting time for the industry, and MPL.