In a bid to enhance user base and traffic, gaming and esports companies have pumped in a sizable chunk of their annual ad budget into IPL 2022. Companies expect at least a 20-30 percent rise in user base this IPL season 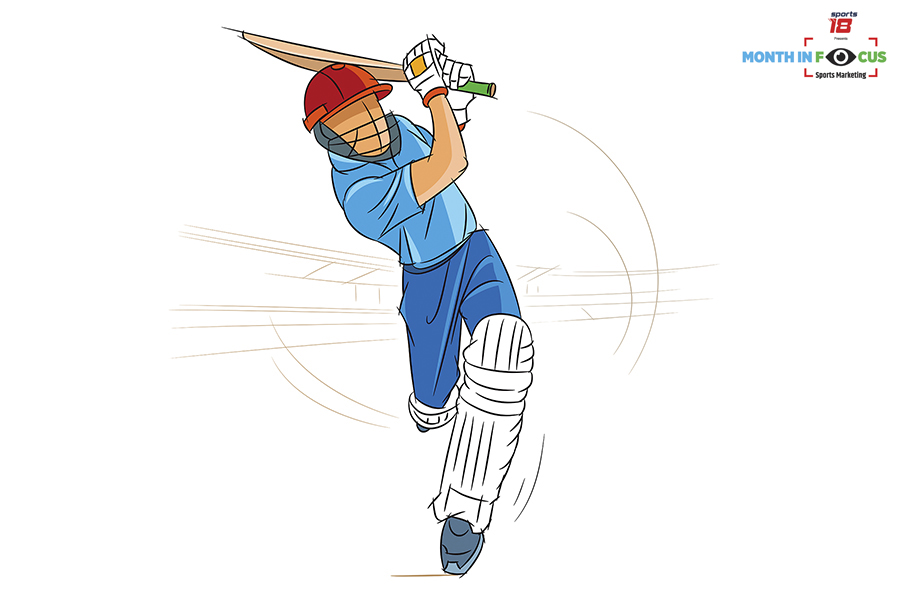 As per a February 2022 Deloitte report, the Indian fantasy sports industry base alone grew by over 20 lakh users between May and June 2021, and this growth can be linked to Phase 1 of IPL that year. Image: ShutterstockEsports and gaming companies have gone big on IPL 2022. Starting from grand prize pools to star-studded IPL focused ad campaigns, companies in the space are making huge strategic investments into the fifteenth edition of the T20 cricket league. Experts see spends to the tune of Rs1000 crore being pumped into the season. The target, according to them, is to push user base growth by at least 20-30 percent in these two months of the league.

“In terms of pure media expenditure, the number till now is close to Rs 300 crore on IPL, and this does not include digital expenditure, on-ground activities, brand ambassadors, and a lot more. Add those in and it is a big share of the pie. It is not only significantly higher than last year, but the trend looks like it will continue to increase in the foreseeable future,” says Skandaram Vasudevan, partner – strategy, Mudramax.

According to Vasudevan, customer acquisition being the primary goal for all of these companies, it only makes sense to be present on IPL, considering the massive reach of the platform.

Most of the marketing blitzkrieg is coming from the fantasy space where users build virtual teams based entirely on real-life sports matches and compete on the real-world statistical performances of the players in their teams. As per a February 2022 Deloitte report, the Indian fantasy sports industry base alone grew by over 20 lakh users between May and June 2021, and this growth can be linked to Phase 1 of IPL that year.

With almost a month left for the season to close, players in the space are already recording growth in the user base. My11Circle, for instance, has clocked a 21 percent gain since the beginning of the IPL this year.

What did they do to drive this growth? They went big on their TV and digital campaigns.

As per sources, upwards of Rs 50 crore is being spent by My11Circle on IPL this year.

My11Circle, however, is not an isolated example.

Depending on the size of the company and its range of offerings, experts suggest IPL focused marketing spends of anywhere between Rs 5 crore and Rs 100 crore coming in from individual companies.

Coming back to campaigns, like My11Circle, Dream11 also launched 17 new ad films as a part of what they are calling their largest campaign yet. As an extension to the IPL Campaign, Dream11 has also signed up Kartik Aaryan and Samantha Prabhu to promote an initiative around their mega contest for the start of Tata IPL 2022.

Explaining the celeb push of these campaigns, Vasudevan says that real money games and fantasy games are in that stage of development in the country where they have moved beyond convincing people about the validity of the product. Now, it is mainly about new customer acquisition and retaining existing customers—especially considering the number of players that have popped up on the market during the pandemic.

“The transient nature of the category means that consumers will jump ship to whichever platform that’s offering them the most attractive-seeming rewards. The platforms offering the best rewards will get more users and people will try to maximise their returns. This is also why these platforms are going aggressively after celebrities and influencers—to try to increase the credibility of the platform to get users on board,” he says.

A league of their own

Brands in the category have also planned special modules under their umbrella of offerings for the season, with the expectation of driving traffic. MPL launched the Great Indian Gaming League with a total prize pool value of Rs 2000 crore. Under the initiative, they designed tournaments across all their offerings, such as fantasy, casual games, and esports, catering to all kinds of gamers in the country.

“We are expecting more than 7 million players to participate during this tournament, and within just a month, we have seen an overwhelming response from users across India. We have not just seen a huge influx of new users who want to try their hand at digital skill games but also an increase in the number of games played by existing users,” says Manish Shrivastava, VP - Marketing, MPL.

While Shrivastava was unwilling to share details on their exact spends around IPL, he mentioned a significant scale-up in the company’s marketing outlay over last year.

The story of growth in the online gaming category during IPL doesn't restrict itself to players operating in the cricket space. Turns out, the overall category is invested in the league.

Anurag Khurana, founder at Penta Esports, says big-ticket events like IPL have a lot of youth audiences who are gamers as well. And given the large number of eyeballs these events reach out to, along with the consumer overlap, it makes perfect sense to advertise during these big-ticket events.

“There are a large number of games to choose from, and advertisements during events like these help a game stand out of the crowd owing to the reach these big-ticket events have,” he said.

After all, it is all about getting noticed, says Abhishek Aggarwal, Co-Founder and CEO, Trinity Gaming India.

“Brands look for various collaborations with the broadcaster and teams itself as there are various opportunities starting from team practice, main gear to multiple other aspects where they can associate to get visibility. Sports event always gets and provides better traction for the brand to reach out to their target audience,” he said

Similar hype is expected during other big events and tournaments lined up this year, including ICC T20 Cricket World Cup, FIFA World Cup, and Asian Games—this time, teams will compete for medals in the esports category.

Note to readers: Storyboard18’s new Month In Focus initiative spotlights themes and topics that are pushing marketers to reshape and rethink how brands interact with today’s customers. Our first theme is Just Sports, a special spotlight on sports marketing, presented by Sports18. We bring to you stories of how marketers are harnessing the power of technology, innovation and creativity in sports to create powerful storytelling in campaigns that increase affinity and loyalty with audiences. From traditional sports platforms around cricket to emerging games and the rise of esports, we get leading voices from the marketing and sports worlds to give us sharp and fast insights into future-facing marketing practices. Also, tune in for analysis which will surface ideas and strategies that are helping brands to level up experiences and storytelling with authentic collaborations. So watch this space for Just Sports.