Central regulation for online gaming is the need of the hour: Sameer Barde, CEO, E-gaming Federation

In an exclusive conversation with Storyboard18, Sameer Barde, CEO E-Gaming Federation talks about their ongoing conversations with the central and state governments around regulations in the space, the futility of banning gaming, and the immense revenue potential for both operators and the government 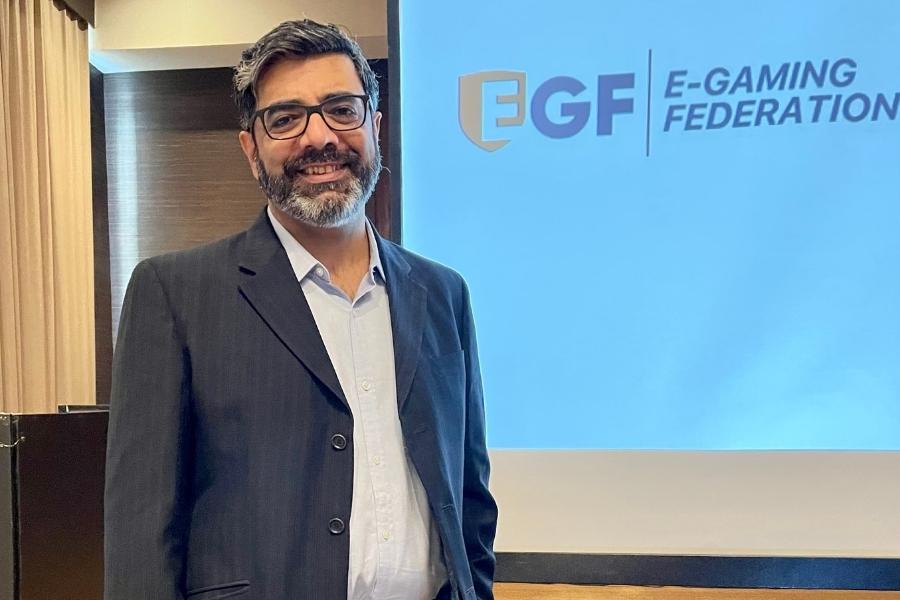 In an exclusive chat with Storyboard18, Sameer Barde, CEO E-Gaming Federation talks about the futility of banning gaming in the country.

In 2020, an online gaming racket was busted in Hyderabad, where a Chinese national was arrested for siphoning money from online gamers. Cut to 2022, multiple such fraud cases are being unearthed in various parts of the country. Is banning online gaming the only solution? No. It should perhaps be regulated, says Sameer Barde, CEO E-Gaming Federation.
In an exclusive chat with Storyboard18, Sameer Barde, CEO E-Gaming Federation talks about the futility of banning gaming in the country.

“The question of the ban comes in to protect players, but when we implement bans, we make way for fly by night operators to cheat the same players who find ways of playing online games if they have to. The solution is having a central regulation in place that safeguards not just the players but the operators’ interest too,” Barde says.

The E-Gaming Federation is in talks with central and state governments about regulations in the space that ensures player safety and also the security of investors in the domain. Barde says even after the huge bump in traffic during the pandemic, gaming continues to have perception issues. But why? Is that going to change anytime soon? He answers that and more.

Q. Now that we have seen a huge surge in online gamers in the last two-three years, is there finally a change in perception about online gaming and esports?
There is still a fair amount of perception related issues around the industry and there is also confusion as to what it is and what it isn’t.

If your favourite form of entertainment is Netflix and you tell your family, you are going to be binging on Netflix. I don't think anyone is going to bat an eyelid. But if you went home, and said, 'I'm going to play a game for the next five hours,' I'm sure everyone around you will be giving you funny looks. That’s where the larger perception issue is. There are so many debates around gaming and gambling that it is the only conversation taking centre stage and the broader issues around the overall perception are not being addressed at all. Gaming is an immersive form of entertainment, and that is exactly why it should be normalised. It’s just like watching a movie or playing a game on the field.

We are so fixated on such specifications in the segment that we are ignoring the larger conversation around it, which should be about the business potential of the sector. Gaming is one of those things where if you ban it, it is still going to continue operating underground.

Our endeavour is to bring to light these conversations and talk to people and bodies that can help in the same.

Q. What is the conversation that you are having with the government?
We are having conversations at two different levels. Both with the centre and the state. We are trying to make them aware of what things are and what things aren't—the difference between the game of skill and games of chance and legal jurisprudence.
We are talking about the sheer futility of trying to ban this. We've seen this done in the past. We all know about the huge fraud case in 2020 by some Chinese guy—arrested for cheating gamers who found their way to play games even after a ban. When you implement a ban, what you essentially do is make the legitimate players leave and leave the market open for fly by night operators exposing the very players we are trying to protect to scams and frauds.

Each and every state cannot have a different conversation going around the same subject. We are trying to explain to the centre what happens if four players are playing from four different states or a thousand players playing from different parts of the country in a tournament. If each state has a separate regulation, it becomes unrealistic. We are asking for a central regulation that can apply to all. But again, gaming is a state subject, so it is difficult. Our plea to the centre is to have some sort of an overarching central regulation, which each state can then tweak and modify according to its own requirements. That way the regulation broadly remains the same, with certain minor tweaks at the state level.

Q. Is there any resistance from any state in particular?
Some states are eager. Rajasthan, for instance, seems to be wanting to regulate. If you look at states like Karnataka and Tamil Nadu, they’ve appealed to the Supreme Court, challenging the High Court judgment so clearly they want to continue with a ban. Most other states tend to be ambivalent. Gaming companies continue to operate in these states and we are not hearing of any dramatic action any state is planning at this point in time. There is basically no resounding yes or no.

Q. What are the changes in the industry post the pandemic push in terms of traffic?
The industry is growing at a fairly healthy pace. The pandemic has allowed people to experiment with this form of entertainment. Watching a movie or doing similar stuff is a linear experience, while gaming is an immersive experience. There are hundreds of people who’ve opted to play a casual game like Candy Crush in their free time during the pandemic and a lot of them have also done microtransactions for these games. People have been making transactions as small as Rs 30 towards in-app purchases buying lives, boosters, add-ons, and so on.

Now, that's a very interesting flip. Because crossing that boundary from free to pay to play is critical and that's happening across the spectrum. Right now, the revenues are negligible from this segment, but while these numbers are not going to dramatically go up from a per person perspective, they will grow overall in volume. This is when the revenue models will start moving in the right direction. So one of the big things that will happen is that user bases will keep increasing and revenues will increase well too over the next three to five years.

Q. Aren’t real money games where the revenue is?
Right now the ratio between real money gaming versus rest is probably something like at 85-15. The space is skewed in favour of real money gaming revenues. But we see that over a period, which is in the next four to five years, we'll come down to like a 60-40 ratio where there'll be a lot more people spending on the pay-to-play model. A lot of casual gamers who are right now absolutely free or playing on ads might slowly start migrating into subscription models or to one-off transactions.

We anticipate, in three to five years, there will be at least a doubling of non-real money gaming revenue.

Q. What are the top priorities of the federation in 2022?
A central regulation is our top priority at the moment because if that happens, a lot of stuff will fall into place.

Everyone is losing out at the moment. The industry is losing out on revenue and the government is losing out on GST. Investors are also scared of investing because they do not know for sure if the industry is going to survive. The uncertainty is blocking the investors from investing. We will continue to work to correct this situation and try to get a central regulation implemented that safeguards all stakeholders.

Tweets by @forbesindia
Simply Speaking: The word design is meaningless by itself
Shweta Jalan at Advent International on sectors of interest, M&A in IT, and valuations of Indian startups