A matter of survival for Disney Star, as competition intensifies for IPL media rights 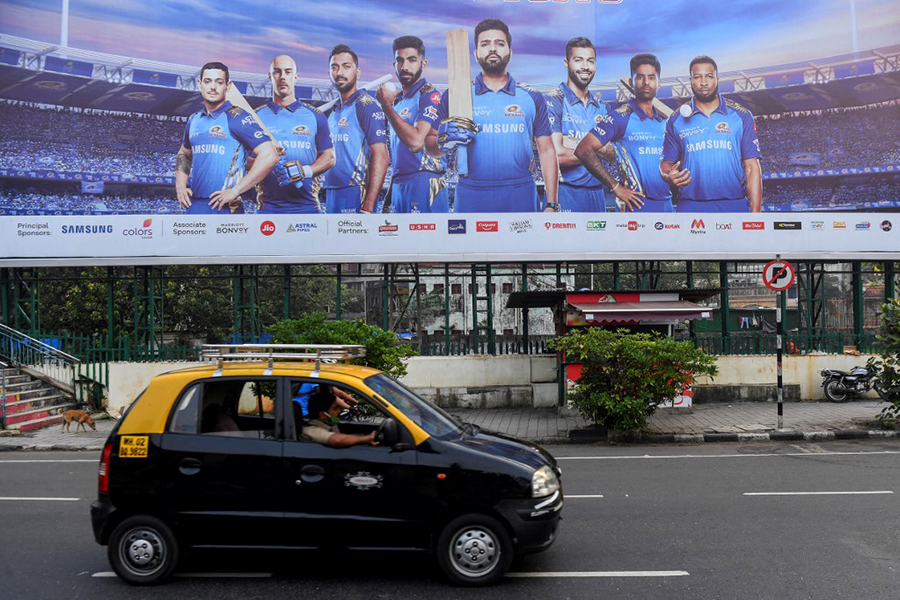 BCCI is all set for its e-auction for new bidders to sell media rights of the IPL, which will begin on June 12.  Image: Indranil Mukherjee/AFP

Within a week of The Board of Control for Cricket in India (BCCI) releasing the Invitation-To-Tender (ITT) to sell the media rights of Indian Premier League (IPL) 2023-27 cycle, big boys from the broadcast world have already thrown their hat in the ring.
According to reports, players such as TV18-Viacom, Disney, Sony, Zee, Amazon and another unnamed entity have already have already bought the ITT to enter the media rights bidding process for the next five years.
Quoting BCCI sources, the report added that American tech giant, Apple, is also expected to pick up the ITT next week.
To be sure, BCCI is all set for its first ever e-auction for new bidders, which will begin on June 12. Interestingly, BCCI has also divided the rights in different categories. The first one is for television rights in the Indian subcontinent, for which the base price is set at Rs 49 crore per game. Overall for 74 games, the base price would be Rs 18,130 crore for five years. As per the current deal, BCCI pocketed Rs 54.23 crore per IPL match.
Category II is for digital rights, which has a base price of Rs 33 crore per game. For five years, it would come around Rs 12,210 crore. The special package, which comprises 18 games, has a reserve price of Rs 16 crore per game. At 74 games per season and calculated for five years, the price of this bundle is Rs 1,440 crore.
Also Read: Disney+Hotstar has lost the lucrative IPL deal. Is it now a fight for survival?
The board has pegged the base price for the combined IPL media rights at Rs 32,890 crore, nearly double the Rs 16,347 crore that Star paid five years ago. According to industry estimates, BCCI is expected to pocket Rs 40,000 to Rs 50,000 crore for five years this time.

Experts believe that it would be critical for Disney Star to put its might to defend the IPL media rights which remains one of its flagship media properties.
"IPL is an important and prestigious tournament for Star Sports, hence Star Sports will try their best to retain their rights. But, this time the competition is going to be very tough for Star Sport," says R. Venkatasubramanian, president and national head - investments, Havas Media Group India.
Sandeep Goyal, managing director, Rediffusion, tells Storyboard18 that Star’s whole power over their customers is based on cricket. “Gone are those when Star would lead the GEC space by a safe margin and the dominance over the space is not there. The biggest driver for Disney + Hotstar is also through cricket. For them it is a matter of survival and hence they will put in the money to retain the rights,” he notes.
Goyal’s observation is in line with the ad revenue data as well. Disney Star has managed to consistently up its IPL revenue even in the 2020 when the Covid-19 pandemic broke disrupting all live events including the popular T20 league. The broadcaster has been cornering over Rs 2,000 crore worth of advertising revenue from IPL in the past two years.
The 13th edition of the league is estimated to have crossed revenues of Rs 2,600 crore for the official broadcaster.

Last time, Star managed to win the IPL rights by putting up a high combined bid but the individual bids placed by participating companies such as Sony and Facebook was way higher. In 2017, individual bid by Sony, for instance, for the Indian subcontinent’s broadcast rights was the highest pegged at Rs 11,050 crore. Star’s Rs 1,443 crore bid for the Indian subcontinent’s digital rights was also considerably lesser than Facebook’s Rs 3,900 crore.
“The bidding will continue to be aggressive this year, I expect more digital players to bid for the rights this time. Amazon, Meta, YouTube, Disney + Hotstar," says a senior media buyer on the condition of anonymity.
OTT category, the executive adds, will give smaller players some opportunities to bid for the rights because the total cost would be less given the category includes less matches.
“Even if a player loses out on securing IPL rights they do have other options. In this entire IPL, we must not forget that there are ICC media rights up for review for a possible period of eight years (2024 to 2032). The India cricket rights are also there which will be available from 2024,” the executive notes.

IPL advertising to get more expensive

The immense popularity and high return on investment (RoI) makes IPL an enviable media property in a cricket-obsessed nation with advertisers queuing up for ad spots across both television and digital, said experts. Going forward, advertising on IPL would become even more costly.
“A 30-second ad spot would go up to one crore, it would be interesting to see what kind of advertisers would afford advertising. Nonetheless IPL, for 70 odd days, gives brands market leadership. The lead over their competition becomes massive,” says Goyal.
Havas India's Venkatasubramanian notes that this year 29 start-up companies have participated in IPL 2022. According to him, gaming, education, e-commerce, instant delivery (grocery), finance related companies among others, will support IPL year-on-year.
"SMEs will invest in IPL efficiently and effectively. This largely depends on how the broadcast partner will package the deal for small companies. There are multiple packages available like only HD, only SD, only regionals, only key matches, less number of matches, features etc. So I don't see it as a disadvantage for small companies," he concludes.

Tweets by @forbesindia
Amazon workers who won a union their way are inspiring change in labour movements
Photo Of The Day: World Health Day 2022