The company, founded by actor Anushka Sharma and her brother in 2013, becomes the first Indian entity to own significant naming rights at an English sporting venue 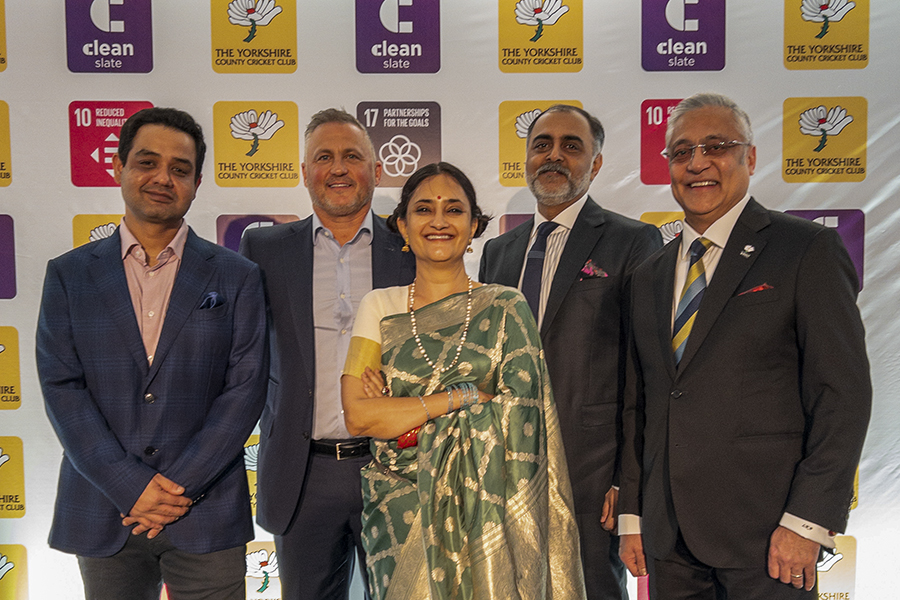 After the Yorkshire County Cricket Club (YCCC) was embroiled in a racism row last November, it faced severe backlash and was suspended from hosting international matches for England. Subsequently, Lord Kamlesh Patel was appointed director and chair of the club. “What Yorkshire needed was a clean slate. The environment was phenomenally difficult,” he says, recalling those tumultuous days.

As part of the overhaul, there were leadership changes at YCCC and a new board was put in place. Former England cricketer and ex-Yorkshire captain Darren Gough was appointed managing director of cricket. Only last week, the 159-year-old club got the go-ahead to resume hosting international matches—England will play a Test against New Zealand on June 24 and then a one-day international against South Africa a month later—at Headingley, the YCCC’s home ground.

As cricket returns to YCCC, the club has forged an important partnership off the field. India’s global streaming platform Clean Slate Studioz (Clean Slate), owned by Clean Slate Filmz, has become the principal partner for YCCC and its women’s team, Northern Diamonds. As per the two-year agreement, the pavilion at Headingley will now be named ‘Clean Slate Pavilion’, there will be branding on outside the East stand and the main entrance to the ground, pitch branding for non-television games that are streamed, and the streaming platform’s name will appear on the players’ jerseys and training wear.

Clean Slate Filmz was established in 2013 by actor Anushka Sharma and her brother Karnesh Ssharma. In April 2023, Clean Slate will be launched globally as the world’s only female-forward, female-first, original content streaming platform.

Did the racism row, which became a global talking point, have a bearing on the deal? “Organisations aren’t bad, it’s the people who make up the organisations that defines it,” says Ssharma. “There were people who didn’t do the right thing, but YCCC accepted it and put reforms into place. This leadership showed us they were the right people to partner with.”

As it becomes the first Indian entity to own significant naming rights at an English sporting venue, Ssharma says the deal with YCCC aligns with the vision of the OTT platform. “I believe art and culture can influence anyone. It will be a good cultural and professional experience,” says the founder of Clean Slate.

“We need to think of entertainment differently, and Covid-19 has shown us that. The agency of women in cinema is less, it’s not moving forward, and there’s no substance to it,” he adds. “It’s time women came forward and are given equal opportunities as men. We’ve built this company with those values. This is a strategic partnership that will help us achieve growth and be among the local community. And we want to expand to markets like the UK, North America, and to the Far East as well.”

Amreesh A Chandra, co-founder of Clean Slate Filmz, says once Ssharma told him about the conscious decision to launch a female-forward-focussed OTT platform, it was about spreading the message with purposeful, global outreach programmes. “We wanted to build that road of taking our ideologies across boundaries, across fraternities. While we were contemplating that, we were made aware of YCCC looking for an association,” he says. That’s when they meet Patel in Dubai and sowed the seeds of a partnership in his mind.

A movie buff and former vice president of British Board of Film Classification, Patel admits that the meeting triggered a “thought process”. “Not only did we need to make cricket accessible to all at Yorkshire, my own passion was to promote women’s and girls’ cricket,” he says. “Now, not only do I have a partner in India, but I have an entertainment partner that brings in cinema, and believes in the same values—of inclusiveness, diversity, equality, and particularly women and girls. The jigsaw pieces fit together.”

Both YCCC and Clean Slate refused to divulge the financial details of the deal, saying “it’s an investment of heart and soul, mind and energy”.

Gough, who has represented England in over 200 internationals, gave up a 13-year successful career in broadcasting to set things right at his former club. “I am an immensely proud Yorkshireman. And you don’t want that [racism] to happen to anyone, in any walk of life,” he says, adding that they got over 200 applications for the medical staff and coaching jobs. “I’ve become an expert in interviewing people for jobs now,” he jokes.

Founded in 1863, Yorkshire has produced English cricketing greats such as Fred Trueman, Geoffrey Boycott and current captain Joe Root, and won a record 33 county championship titles. Which is why the turmoil at YCCC upset Patel, who was keen on restoring the club’s lost glory. “We lost revenue and half of our sponsors after the racism scandal. Every media was fairly disparaging to us, and rightly so,” he says, adding that his whole career has been about tackling injustice and ensuring good governance.

He hopes joining hands with Clean Slate will help YCCC take fresh guard and build a long innings. “I see sport as a conduit for improving people’s physical health, mental health, academic achievement, community cohesion… ultimately it’s also a conduit for international business,” he says. “It’s going to be a long journey. That’s why we were looking for long partnerships.”