Quick fix, in a fix, & the Punjab Kings' gambit

After over a decade of frantic chopping and changing, the IPL team has stopped gunning for silver bullets. The mantra now is to build a stable core and think long term. Can Kings finally get the throne? 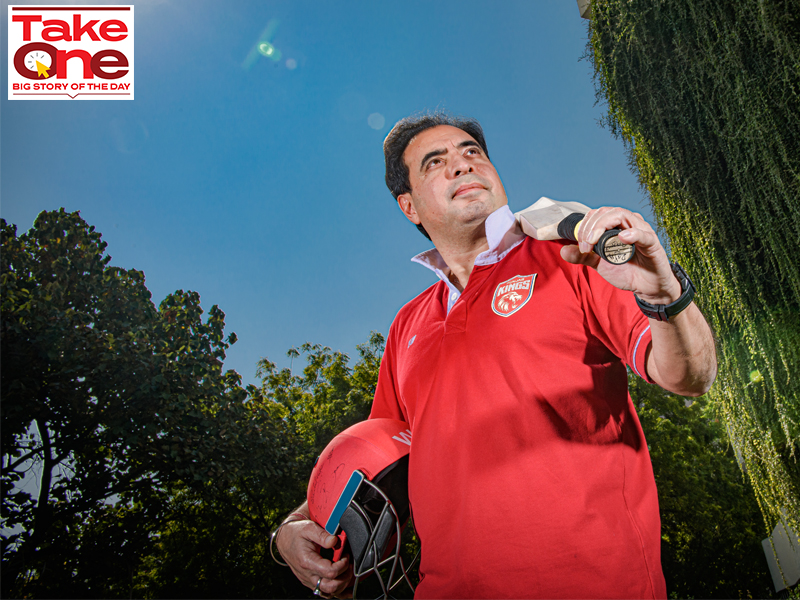 An innings gets over in 20 overs. Right? This is what T20 is all about. Most of the franchisees in the Indian Premier League (IPL) were lured into thinking that all one needs for the shortest format of the game is quick fixes: One or two power hitters who can flex their muscles, hit some monstrous sixes and win the match. And the moment the protein-loaded team is garnished with some fancy coach or mentor—at times even both—one has a perfect recipe for a blockbuster magical show. Kings XI Punjab—which got rebranded as Punjab Kings last year—too started hunting for magic from the very first year.

Mohit Burman, chairman and owner of Punjab Kings, reveals the mindset during the initial years. “We were all a bit naïve during the initial years,” says the man who owns 48 percent in Punjab Kings. In terms of business, it was difficult. The reasons were many. First, sponsorship was low. Second, the business model was still in its infancy. Third, the money needed to sustain the team during the first few years was huge. “We didn't really know how to market the product,” he recalls.

As expected, the greenhorns put their best foot forward in the first edition of the IPL. In 2008, swashbuckling southpaw Yuvraj Singh was made captain and Australia’s celebrated all-rounder Tom Moody—in 1990, in a county match against Glamorgan County Cricket Club, he scored a 36-ball century—was appointed coach. The team started with a bang by blocking a semi-final berth. Another Australian, Shaun Marsh, emerged as the highest run scorer in the first edition. Though the captain-coach combination continued in the second season, the result was different, and unexpected. The team failed to reach the playoffs, and finished fifth.

From 2010, began the games of musical chairs, and snakes and ladders. Sri Lanka’s Kumar Sangakkara replaced Singh as captain, the downward slide continued, and Kings XI Punjab slipped to the bottom of the heap at number eight in the points table. The next year, the fourth edition of IPL in 2011, the team got a new coach and a new captain (see box). It managed to climb three notches and end the season at fifth position. In 2012, the captain donned the additional role of coach—Adam Gilchrist—and the team slipped one position and was sixth in the stacking. Next year, a new foreign coach came into the picture, but the ranking didn’t change. Finally in 2014, Kings XI Punjab reached the finals under an Indian coach and a new captain.

The roller coaster continued over the next few years. From 2008 till 2021, Punjab Kings has had eight coaches/mentors and 10 captains. In 14 years, the team has had just one close shot at the crown, in 2014, and during most of the years, it languished at number six, seven and even eight.

Fast forward to 2022. Punjab Kings enters the IPL auction with the biggest purse of Rs72 crore; it retains only Mayank Agarwal and Arshdeep Singh; and snaps up three big foreign players in Liam Livingstone, K Rabada and Johny Bairstow (see box). Among Indian ones, it bid aggressively for Shahrukh Khan, Shikhar Dhawan, and Rahul Chahar, and managed to string together a bunch of promising young players, including under-19 hero Raj Angad Bawa. 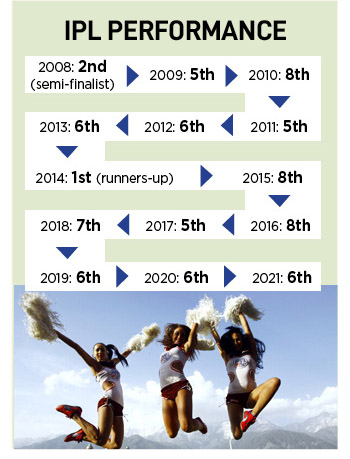 The owner sounds like a happy man with a new bunch on the bench, and in continuing with Anil Kumble as head coach. “We are building a team from scratch,” says Burman, adding that over the last few months, the entire management—coach, consultant and owners—spent considerable time in making a blueprint for the future. “We have invested in young talent,” he says. At this auction, he informs, Punjab Kings has spent most of its purse on ensuring that it gets together seven or eight core members for the team and builds one for the future. “We are keep our fingers crossed, and not chopping and changing this year,” he smiles.

The story of Punjab Kings has indeed been one of frequent chopping and changing, and looking for quick fixes. Burman makes an honest assessment of what went wrong. During the initial years, he underlines, the owners were highly emotional, used to make rash decisions, and tell the coaches what to do. “There was a lot of emotion and money involved,” he says. “We were all shooting in the dark.”

The first big strategic mistake was not building for the future. “We broke even in the seventh year,” claims Burman. Though an achievement, the road to making money was not what one should have taken. “We never used to spend our whole purse on the players,” he says. The result was discontentment among coaches. They used to get upset as they didn’t have the team that could have taken them to the playoffs. There was an exception—or aberration—though. “In 2014, we made it to the finals, and were six points ahead of the next team,” he smiles, explaining the reason for being more generous in terms of spending in the latest auction.

With the media rights coming up for renewal again this year—most of the IPL teams started making money only after they got a pie of the broadcast rights from the Board of Control for Cricket in India (BCCI)—Burman reckons there was no reason to be tight-fisted. “There was no way I could have told my coaches that the purse wasn't available for them,” he adds. This time, he adds, the coaches got a free hand in choosing whatever players they wanted.

The second strategic blunder was playing musical chairs. It's difficult, Burman underlines, when you have a lot of people who are sitting on the bench, and the team doesn't perform. What made matters worse was a string of promising starts and disappointing ends. There were years when the team won the first five or six games, and then suddenly got into a losing streak. “It gives rise to a lot of argumentative situations where we believed some of the members need to be changed,” he points out. 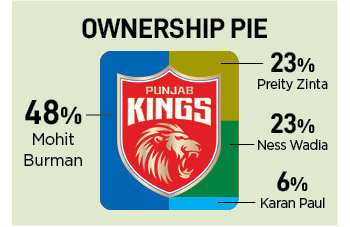 Cricket analysts point out the root cause of the problem. “They always looked for quick fixes," reckons Abhishek Dubey, sports commentator and channel partner (sports vertical) at Prasar Bharti. Success in any sports league, he explains, depends on legacy building. Look at Mumbai Indians and Chennai Super Kings. “They always followed processes,” he says. The focus is on building a team, identifying the core members and sticking with them, and also having a very efficient system of scouts who would always hunt and spot young talent. These teams, Dubey maintains, never approached the tournament in terms of winning matches. “It was always winning a game, and this is long term,” he says.

Having a short-term focus also meant not reading the DNA of the tournament correctly. If you approach IPL as a two-month exercise, which some of the franchisees did during the first few years, then you end up having a myopic thinking. “One or two hard hitters, a famed coach, and quick magic… winning the IPL, sadly, is not magic,” says Dubey. Kumble, he adds, has got the opportunity to build the team for the first time. Burman agrees. “Our experience with Anil has been good,” he says, adding that the coach inherited a team. Ask him if there is something about the Indian coaches, and Burman gives a candid reply underlining that the Kings tasted their best moment under an Indian coach—Sanjay Bangar. “It doesn’t mean foreign coaches are not doing well,” he clarifies. In a tournament like IPL, which is most of the times played in the country, having a local coach helps in terms of having a better understanding of the talent, conditions and strategy. After 14 years, he points out, the conclusion is simple: Have the right people for the job, and they will bring you success.
Sankar Rajgopal, R&D consultant for Punjab Kings, agrees. “Anil is building a culture. He inherited a team when he came on board. Now he is building a team,” he says. The Punjab Kings, he points out, has one of the youngest squads in the tournament. “You need a couple of senior players like Dhawan and Rabada to build a team for the future,” he says.

In spite of having one of the most balanced teams this season, experts sound a word of caution. “You can’t expect Kumble to do magic in one season,” says Dubey. The management needs to be patient. Give him a few years, and he will put Punjab Kings among the top four teams in the tournament. “And from there, it’s anybody’s game,” he says.

Burman, for his part, is also geared for a long haul. The lessons, he underlines, have been learnt the hard way. “We've now learnt how to put together a well-balanced team,” he says, sharing a few more lessons. First, it doesn’t pay to be emotional. Second, sharp focus and time have to be spent on finding new talent. Third, think long term. Fourth, let the professionals do the job. “At the end of the day, they're the ones responsible for picking a team and making them perform,” he says. Punjab Kings, he reckons, stands a realistic chance of making it to the playoffs this season. “I will let the professionals handle the business,” he signs off. Will the Kings’ gambit pay off? Well, the game is on.

Tweets by @forbesindia
CoinDCX: Unleashing the potential of Crypto in India
Fueling 'Make in India': vivo plans to start exporting smartphones from India this year