Shubman Gill: A star is born

This 21-year-old rising star of Indian cricket is the youngest on our list, and is already making noise in the big league of international cricket 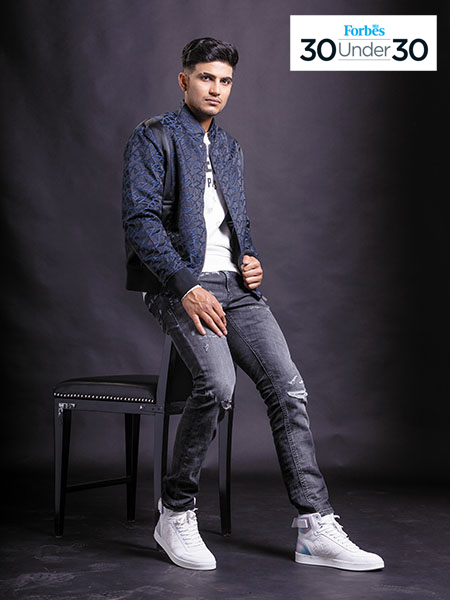 The morning after India’s 36 all out debacle in the first Test against Australia, Shubman Gill woke up to a headline that read ‘The Great Adelaide Collapse’. “I told myself I can’t let the series be remembered for this. I must make a contribution towards changing this,” he says.

That Gill had taken up the mantle of a turnaround was evident when he scored a fluent 45 in the next match, his debut Test, against pace fiends Pat Cummins and Josh Hazlewood, among the Top 10 Test bowlers. In an innings marked by remarkable flare and poise for a 21-year-old, he scored briskly without ever looking rushed. By the end of the series, where he signed off with a 91, his accomplished strokeplay drew accolades, as did his temerity to stomach dares from the relentless Australians. Ask Mitchell Starc, whom he hit for three boundaries in an over. Cricket writer Gideon Haigh summed up in The Australian, “A scary thought, for the bowlers, is that Gill is 21.”

Born in Punjab’s Fazilka, Gill’s family moved to Mohali when he was seven, to facilitate his training—“That’s when cricket became ‘serious’ for me.” At every stage since, he has vindicated their faith, and then some more, culminating with the Under-19 World Cup in 2018, where he was named the Man Of The Tournament. His seamless transition to the international level was, perhaps, only a matter of time.

Says Wasim Jaffer, former Indian opener, “You could have the game, but if you don’t have the temperament, you’ll struggle at the top level. Shubman has both, and it shows in how well he has done across levels. He’s got the game to take him along in all the formats.”

Tweets by @forbesindia
How to sell in a virtual world
Photo of the Day: Candid in a coup