When both partners pull weight, couples pack that much more punch 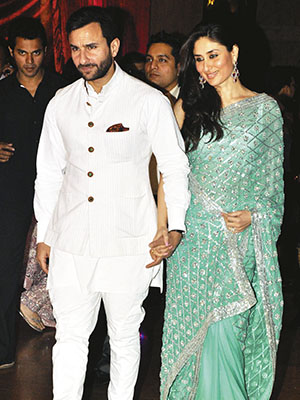 Saif Ali Khan-Kareena Kapoor
He’s the chhote nawab and she belongs to Bollywood’s first family. But beyond their pedigree, Saif and Kareena have between them a versatile set of movies. While Saif has bagged a National Film Award, the only thing missing in their trophy cabinet is one for the missus. 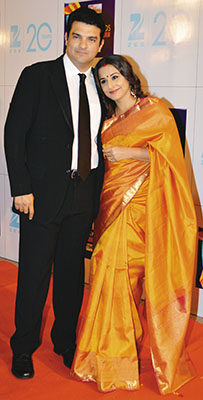 Vidya Balan-Siddharth Roy Kapur
The bride: Impressive debut with Parineeta, followed up with Lage Raho Munna Bhai; had an excellent run with Paa, Ishqiya, No One Killed Jessica, The Dirty Picture and Kahaani. The groom: CEO of UTV Motion Pictures. Whew! Need we say more? 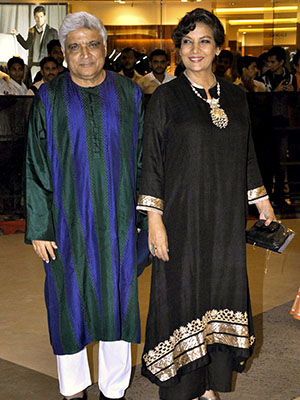 Javed Akhtar-Shabana Azmi
They are all about class and intellect. Be it Shabana’s intense on-screen presence, Javed’s mellifluous poetry or their social activism, the two have epitomised dignity. MP Javed has won praise for getting the Rajya Sabha to pass the Copyright Act (Amendment) Bill. 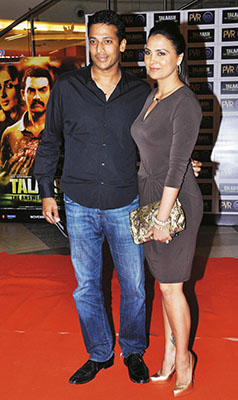 Mahesh Bhupathi-Lara Dutta
Between them, Mahesh and Lara have 12 Grand Slams, a Miss Universe crown and a host of hit movies. Mahesh belongs to the elite brigade of players with a career Grand Slam in mixed doubles, while Lara had won the beauty pageant with the highest marks in the history of the contest. 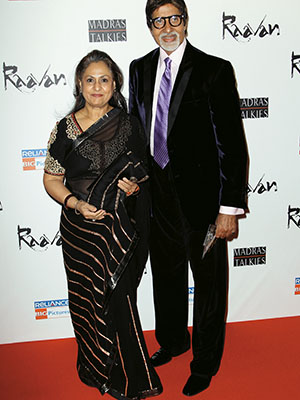 Amitabh-Jaya Bachchan
Evergreen jodi. The journey from Guddi (where Amitabh made a guest appearance) to Kabhi Khushi Kabhie Gham has been as magical for them as it has been for cine buffs. Even at 70, Amitabh continues to rule the silver screen, while MP Jaya juggles movies and politics with ease. 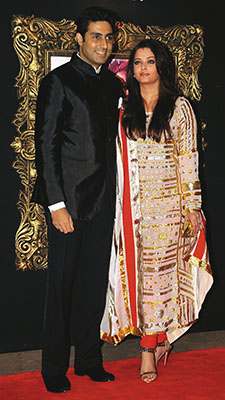 Abhishek Bachchan-Aishwarya Rai
Tinseltown’s most glamorous couple. Aishwarya’s fame precedes her husband’s when she won Miss World in 1994. Abhishek started slow, but showed his class with movies as varied as Yuva and Bunty Aur Babli. 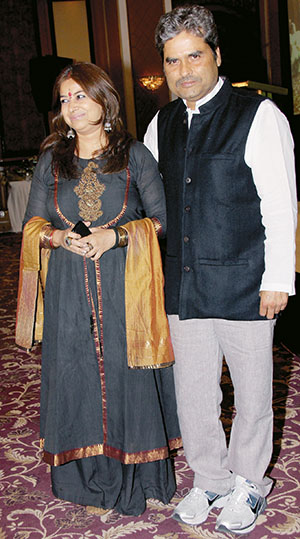 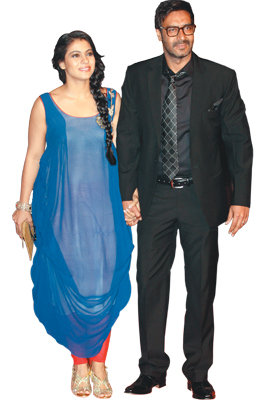 Ajay Devgn-Kajol
Chalk and cheese, both in reel life and real. But both known for their unconventional looks and powerful performances. While Ajay has been delivering one hit after another since the 1990s, Kajol’s Midas Touch has continued unabated even after her ‘maternity leave’. 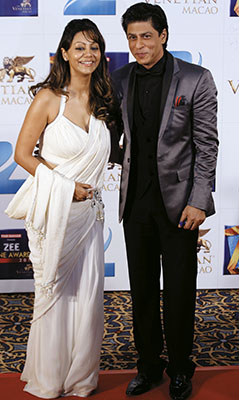 Shah Rukh-Gauri Khan
If SRK is the Badshah of Bollywood, Gauri is often dubbed the most stylish better half. Mrs Khan, along with her husband, heads production house Red Chillies Entertainment. In 2012, the mister’s team won the IPL for the first time, while Gauri landed her first commercial interior designing project. 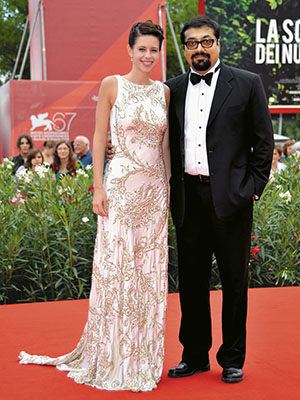 Anurag Kashyap-Kalki Koechlin
Children of the avant-garde wave in the industry. While Anurag’s an all-rounder—he’s into direction, production, scriptwriting and even acting—French-origin Kalki arrived with a bang with Dev D. She has also co-written films with Anurag.